ZendMoney: Putting cash back into the pockets of Indonesian migrant workers

Migrant workers have long contributed to Indonesia’s economy. Last year alone, 3.5m of them sent an estimated US$10.9bn in remittances back home. These migrant workers, ranging from housemaids to factory workers, earn more working abroad than they could doing the same jobs back in Indonesia. The money they send home has often helped lift their families out of poverty and injected fresh funds in local economies throughout the archipelago nation.

But there are two crucial problems migrant workers face in sending money home. The first involves unfavorable exchange rates and fees, which cut down on how much money families receive.

The second problem is slightly more complicated. When migrant workers send money home, those funds are usually handled by family members, which means, despite his or her best intentions, the sender might easily lose control over how that money is used. This process can lead to the money being wasted or used in less productive pursuits. For example, instead of paying tuition fees for the migrant worker’s children, the money could end up being used to buy a motorcycle or livestock, or even in illicit ways.

ZendMoney, created by software developers Bong Defendy and William Lamuda, aims to solve both of these problems, cutting down on usurious fees and ensuring the money ends up where it's supposed to. Since it first started operating in 2017, ZendMoney has helped more than 90,000 Indonesian migrant workers in Singapore, Malaysia and Hong Kong send money to their own accounts in Indonesia.

To bypass the complicated system of overseas monetary transfers, ZendMoney has its own pool of currencies it uses in the remittance process. Migrant workers deposit foreign currency at select partner retail stores abroad that already have money transfer licenses; ZendMoney then disburses the money in rupiah to a designated account or through money orders via the postal service.

Defendy told CompassList that, since 2017, ZendMoney has facilitated average total monthly remittances of US$3.5m from Singapore, Malaysia and Hong Kong.

Although ZendMoney is not working with banks and other remittance companies to exchange currencies, Defendy said the company still works with banks and the national postal service to help disburse funds. "We need the end-points for disbursing the money, which includes banks, the post office" and local officially designated banking agents, he said.

E-wallet in the making

The key to ZendMoney’s plan to improve the money-remittance system for migrant workers is its e-wallet system, which is currently in proof-of-concept stage. The e-wallet allows users to store deposited IDR funds and choose how the money is used. Users can send funds home through a bank account or postal money order or save the money in a deposit account. Even better, "they will be able to invest in gold, buy mobile credit, pay bills or even pay for their family's school tuition fees," Defendy said.

To become an e-wallet service provider, though, ZendMoney first needs to obtain a license from Bank Indonesia, the country's central bank. Until it does, it can only provide the e-wallet to a small number of customers. "Since we lack the necessary permits for e-wallets, we can only manage a floating balance below IDR 1bn," Defendy explained.

"We are in close discussions with various e-money providers in Indonesia who might be interested in this proof of concept," he said. "We designed this as a wallet to show that the technical aspects are ready and we have a pool of customers to tap into; we just don't have the infrastructure. We want to demonstrate the process first."

The road to profitability

Despite the challenges, Defendy said ZendMoney is already doing well financially. "If we keep on going with business as usual, not doing anything new, we can survive," he said. "We're fortunate to have gone into a business where people already accept that they will have to pay a fee. However, we provide a lower fee compared with what is usually offered – up to 50-60% cheaper."

Like any startup, however, ZendMoney wants to keep growing, and Defendy and his team have some big plans. To help secure an e-wallet license, the company intends to recruit professionals in finance, especially from the compliance and risk side.

"If we want to accelerate our business, we can imagine all the strategies, but we need to measure the risk factors," said Defendy. "We also need people on the compliance side, because we need to be responsible to regulators and our customers."

In the meantime, the company plans to expand the reach of its basic remittance service. ZendMoney expects to operate in 13 migrant worker destination countries by the end of this year, including Middle Eastern countries such as Saudi Arabia and the United Arab Emirates, as well as other Asian countries such as Japan and South Korea. It is also exploring the possibility of launching a B2B remittance service, tapping into its existing client base of Indonesian importers and attracting exporters who want to be paid in Indonesian rupiah.

ZendMoney does not aspire to be the single remittance service for Indonesia's migrant workers. Defendy stated there is no "major player" or "king" in any part of the payments industry. What the company wants to do, however, is highlight the end-point problem that has been overlooked by the big banks for many years. By becoming a recognized company in the ecosystem, ZendMoney hopes to push the industry to serve migrant workers better.

For Indonesia’s gig workers, Sampingan provides side jobs that matter 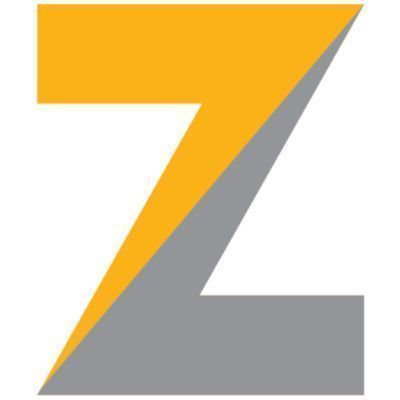 Co-founder and CEO of ZendMoney

Co-founder and Operations Manager of ZendMoney