Investment opportunities for the everyman

Investing has long been the province of the rich. Because many investment funds ask for as much as US$10,000 up front, those who wish to augment their income must already have wealth. And, generally, the more money one invests, the lower the financial adviser fee. As a result, the deck is stacked against those with less disposable income.

In Spain, Indexa Capital is using disruptive tech and lower investment thresholds to upend the system. Launched in December 2015, Indexa Capital originally followed the classical model: it cost €10,000 to invest in index funds through the platform. The startup quickly realized that, if it wanted to grow its market share, it had to reduce the cost of investment. In April 2016, the minimum amount required to invest in an index fund was lowered to €1,000, and anyone with €50 can invest in indexed pension funds.

Indexa Capital posted returns of between 4.5% and 9% in its first year – higher than the 1.25% average achieved in Spain the same period. “But that can’t be credited to us,” said Unai Ansejo, CEO and co-founder of the company, “because the only thing we did was global diversification and lower costs, which improved the overall returns.”

Computers do the work

Indexa Capital is the first Spanish company to have built its own automated wealth manager, a platform which allows users to invest money without the help of human financial advisers. Because it’s an online platform that needs less employees and just one physical office, the Madrid-based company saves up to 82% in operating costs compared with traditional investment firms and banks, which is why it can charge lower fees.

Users of Indexa Capital begin their investing journey by making choices about how they want their money invested – level of risk, investment objectives, for instance. Algorithms then determine how the automated wealth manager invests their funds.

Because no human financial adviser takes part directly in the investing process, the system is not only cheaper to run, it also eliminates the problem of bias when selecting the investment portfolio.

Even though fund management is automated, a group of experts make the key background decisions. Indexa Capital was founded by Ansejo, an expert in the financial sector with over 10 years of experience in investment; François Derbaix, a serial entrepreneur and startup investor; and Ramón Blanco Duelo, co-founder and CEO of Selftrade.es, an online brokerage service.

The board of advisers includes Manuel Conthe, former president of Comisión Nacional del Mercado de Valores, Spain’s securities regulator; Luis Martín Cabiedes, one of the first and most powerful business angels in Spain and founder of Cabiedes & Partners; and Pedro Luis Uriarte Santamarina, who was CEO of Spanish multinational bank BBVA from 1994 to 2001 and served as Economy and Treasury Counsellor for the first autonomous government in Basque.

To instill confidence in its clients, Indexa Capital has taken multiple precautions to protect their investments. Clients’ money is held by Inversis Banco, which had a banking solvency ratio of 40.14% as of the end of 2016. The solvency ratio measures the financial health of a company, and a ratio of 20% or higher indicates that a company is considered financially stable and less likely to default on its debt obligations.

The startup is proving that investment firms don’t require super wealthy clients to perform well financially. As of May 2018, Indexa Capital had 4,170 clients and had managed over €93 million since its launch.

And Indexa Capital is showing no signs of slowing down – the startup has its eye on the long term. Its clients made 95% more from their investments than they would have done at comparable investment firms in April 2018. The startup’s ultimate goal is to achieve double the money for its clients over the next 25 years. 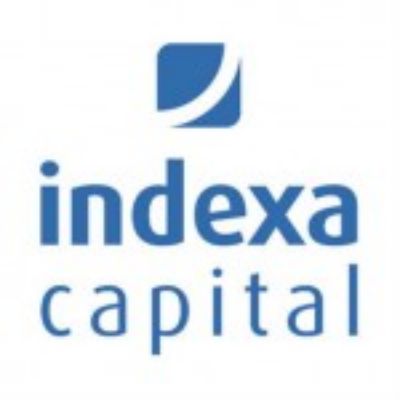 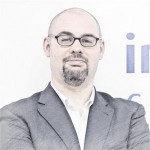 Co-founder and CEO of Indexa Capital

Co-founder and co-CEO of Indexa Capital 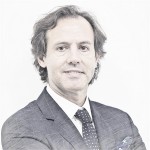