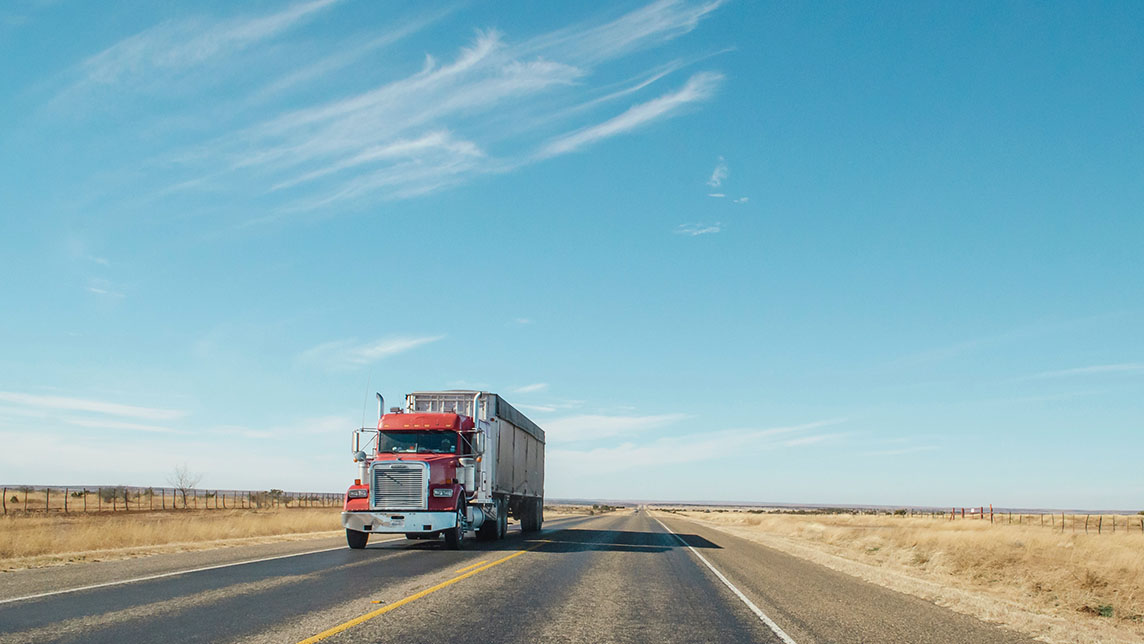 In less than a year of launching, Logisly has facilitated more than a thousand shipments and raised seed funding from three investors

The land freight industry comprises a major part of Indonesia's logistics superstructure, with a vast amount of goods being transported from manufacturers and distributors to retailers across the country. The industry, however, faces a significant matchmaking problem: Companies that need shipping services often spend excessive money and time searching for the best carriers, while the carriers struggle to get orders and can find themselves with many idled trucks.

This leads to mounting costs for both manufacturers and distributors, as well as for transporters. Accumulated inventory means that capital is essentially "locked," slowing cash flow for manufacturers and distributors. Idled trucks mean that transport companies are not using their full productive capacity, even when they still need to pay wages and operating expenses.

Several startups are attempting to tackle this issue. Kargo Technologies (formerly Kargo.co.id) is building a marketplace where clients can get quotes from multiple vendors, while Gojek's GoBox service provides on-demand transport services for smaller-scale deliveries. But a new entrant, Logisly, is bringing a new twist to the old marketplace model: Logisly's staff picks the best carrier company for each job, saving customers the trouble of seeking a number of quotations.

The concept has shown promise. According to Logisly CEO and co-founder Roolin Njotosetiadi, the company handled more than 1,000 deliveries for 60 client companies in the first three months of operations, with the numbers reflecting repeat business from satisfied clients. Earlier this month, Logisly announced that it had raised seed funding from SeedPlus, Genesia Ventures, and Convergence Ventures.

From its inception, Logisly has set its sights on the B2B freight industry, with its managed marketplace model designed to make the shipping process as seamless and transparent as possible. "In the eyes of the clients, we are one big carrier company; in the eyes of the carriers, we are one big client from which they can get orders," Roolin said. "Clients order through us, receive invoices through us, and all of the claims and disputes are handled through us."

When a client needs something shipped, it submits its request on the Logisly web platform. Logisly's staff then searches from a database of about 170 carrier companies to find one that fits the requested job. A wide range of vehicles is available for various shipping needs, from vans and pick-up trucks to semi-trailers and flatbeds that can carry loads of up to 50 tons.

Logisly performs rigorous checks on each carrier company registered with it to make sure that clients will always be matched with legitimate carriers. The carriers' vehicles are also equipped with GPS to enable location tracking, which improves transparency of the process for Logisly, the carrier and the customer. Roolin told CompassList that the tracking is so precise it can tell when a truck has entered or left the loading area.

Logisly does not charge carrier companies any fees for signing up and providing services via the Logisly platform. Instead, Logisly sets a mark-up on the carrier-provided price, which is paid by the client. According to Roolin, clients are happy to pay this premium in exchange for avoiding a potentially much more exorbitant charge, given the vast disparity in transport prices in the freight market.

"For example, if you're shipping 80 tons of snack foods from Surabaya to Jakarta, the price in the market can vary greatly, from IDR 5m to 9m," Roolin explained. "If we can give [the client] a price of IDR 7.5m, they would be very happy, because they can save 1.5m from the most expensive price. Yet the price is also good for me because I can find the best truck at the best price [IDR 5m] for that particular shipment."

Roolin, who is from Surabaya, established Logisly in Jakarta with fellow Surabayan Robbi Baskoro. Both had experience working in startups: Roolin was head of products at O2O startup Kudo, while Robbi was a founder and commissioner at entertainment news website Duniaku.net.

Roolin admits to having wanted to start her own company for a long time, but says a lack of confidence kept her from doing so. "As I moved on between jobs I kept thinking 'this was the time,' but I never felt I was confident enough, nor did I have a cause I was passionate enough about."

The cause she was looking for turned out to be close to home: Roolin's family owns a small-scale trucking company, and she also handled some logistics-related projects when she was a consultant at McKinsey. As she became more acquainted with the family business and built her own connections, she became familiar with the pain points that carrier companies experience.

"It was [only] last year when I felt that all my experiences at McKinsey and Kudo were leading up to this," she recalled. "I believed that with my knowledge in both tech and logistics I could be the person to solve these issues."

Having worked for a startup for two years, she was acquainted with fellow entrepreneurs and people close to investors. She was eventually introduced to a few investors and potential clients, all of whom helped Logisly grow and raise funds quickly. Meanwhile, Robbi used his connections from one of his previous ventures, a software development house, to recruit talented engineers to the team.

Roolin said that building Logisly came with the potential risk of an easily replicated business idea, but she said the possibility her idea would be "stolen" by others with better resources and skills did not deter her from speaking with as many people in logistics as possible to get feedback and to build potential connections.

She said of the experience: "I encourage people to share their ideas with others. You need a lot of feedback, so try to talk to [potential] users too." She added that the possibility someone could steal an idea is not something entrepreneurs should be too worried about. "If your idea is so easily replicable, it doesn't matter if you do it first, someone else will do it better and overtake you."

"Ideas are cheap; it's all about execution," she said. "This trucking marketplace concept is not new and I wouldn't claim otherwise." she added. "We're just executing it in a new way."

One year on, Logisly gears up for expansion and a busy holiday period 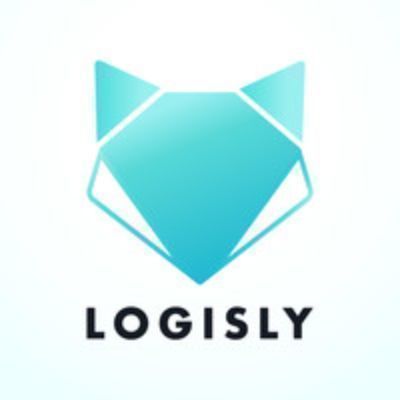 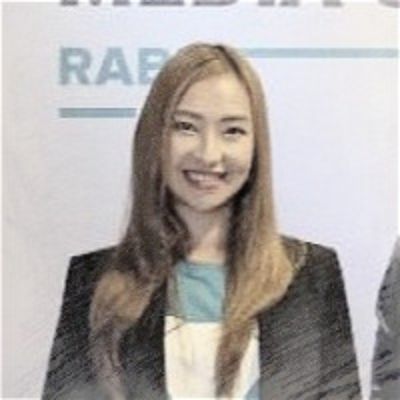 Co-founder and CEO of Logisly 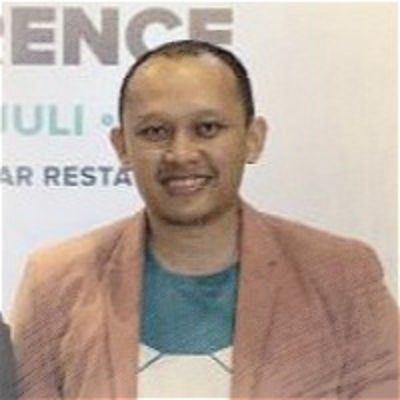 Co-founder and CTO of Logisly

Download
RECOMMENDED
Interviews
One year on, Logisly gears up for expansion and a busy holiday period 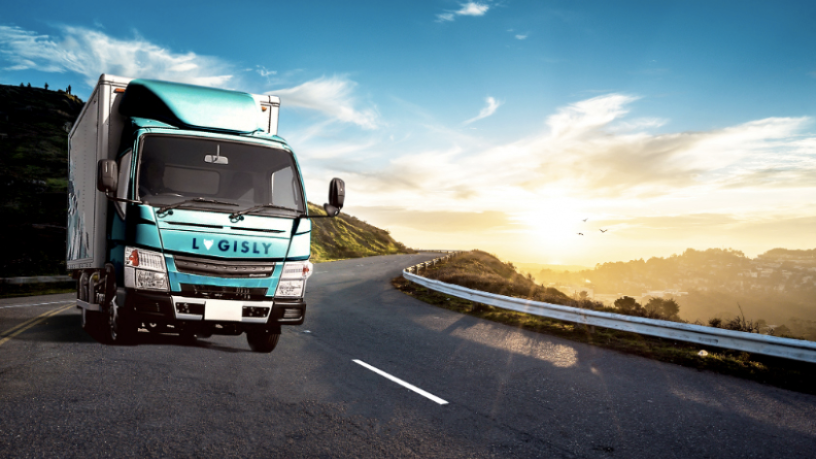