Duozhuayu: This platform sells pre-owned books after repairing them to look like new

While these statistics suggest that Chinese readers prefer secondhand books, in reality few Chinese book lovers would buy a used book as their first choice as many associate secondhand books with dirty appearance and discolored, dog-ear pages.

It was in such a market that the used books online platform, Duozhuayu was launched in 2017 to collect, re and sell secondhand books at an attractive price.

Before Duozhuayu, many book lovers sold used books as waste paper, threw them away or sold them directly to individual buyers. Through WeChat or Duozhuayu's own app, customers can now buy used books from Duozhuayu for just 30%–50% of the price of new books and sell the books back to Duozhuayu after reading the books.

To ensure the books offered to customers are nearly as new as the new ones, Duozhuayu collects only well-preserved secondhand books. Every book is then reconditioned manually, sterilized in ozone – a process that can kill 99% of bacteria – and is covered with plastic.

“There was no existing information online telling us how to repair a book,” said Duozhuayu's founder Wei Ying, “We built the whole process from the ground up, and tried everything including ethanol, sandpaper, pressure cutting, ultraviolet light and ozone.”

Initially, Duozhuayu allowed users to sell any book on its platform as long as each book was well preserved. A problem quickly arose. Regardless of the price, some books would just not sell, leading Duozhuayu to change the way it accepted books for resale, excluding, for example, textbooks, books about healthy eating and books published before 2004.

Later, Duozhuayu came up with a better idea to choose its stock of books: an algorithm. By feeding transaction data into its algorithm, Duozhuayu is now able to predict the demand for a certain book, which helps it decide if a book should be rejected. By using the turnover rate of the inventory and the preset profit margin, Duozhuayu’s algorithm can also determine the price of any book it buys or sells.

The algorithm is evolving and learns from Duozhuayu's transactions. Some of the books that were rejected in the past could be accepted by Duozhuayu later as its user base expands and demand for books change. "Our competitors cannot just copy our price because the algorithm we have built is tailored to our readership," said Wei.

"After the bubble of over-consumption, people will start to reflect and the secondhand economy will grow," said Wei. "That’s what happened to the US and Japan, and I think that is going to happen in China."

The data supports her judgement. Since it was founded, Duozhuayu's users have grown 55% annually. The market is expected to reach trillions of RMB by 2020 with a 30% annual growth from 2017.

Duozhuayu had maintained from day one that it was not only eyeing the used books market. In June 2019, the platform began to accept other secondhand goods. These included adornment and tech products, such as Swarovski earrings, cotton print fabric and Sennheiser headphones.

It is a big market where Duozhuayu might face many competitors from other secondhand trading platforms to e-commerce players that sell cheap goods. "But the things that are good for earth is worth doing," said Wei. 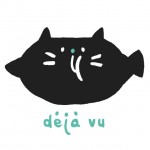 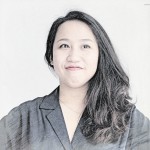