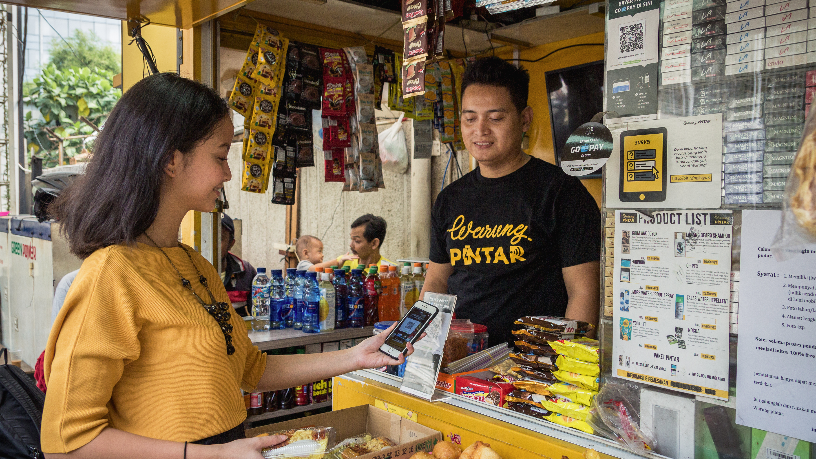 Agung Bezharie Hadinegoro was in the midst of setting up a spanking new co-working space for East Ventures when a rather worried “warung” vendor approached the new office occupants to ask if they would be kicking him out. The VC's new co-working hub, Jakarta Smart City (JSC) Hive, was located in a busy urban area popular with street vendors, or warung.

Faced with the threat of urban regeneration and new high-rise buildings, many family-run warung businesses have been relocated or closed down as city streets and five-foot ways are being “cleaned up” for upmarket offices and shopping malls since the past 15 to 20 years. And so, the warung owner saw what was coming.

“Pak Jun [Mr Jun], who owned the warungin front of the new co-working space, met the East Ventures team,” Hadinegoro, then a manager in Special Projects at East Ventures, recalls in an interview. "He was worried that we would chase him out from his run-down-roadside shop located on the pedestrian walkway."

East Ventures had two options. They could legally ask for the warung to be closed down, effectively forcing Pak Jun out. Or “morally,” they could help him, Hadinegoro says. East Ventures chose the latter. “We helped him by relocating his warung into the parking lot of the JSC Hive complex. We took the initiative to renovate the warung and added smart technology from our portfolio companies.”

After just one month, Pak Jun returned with surprising news. “He told us that his warung was earning seven times what it usually did,” says Hadinegoro. The East Ventures staff wondered: would it be possible to produce a thousand “Pak Juns,” but doing so at a faster pace and with a smaller budget? What about 10,000 “Pak Juns”? Led by Hadinegoro, a team formed and began reviewing the limitations and possible solutions to scale this idea. They analyzed the market and found ways to scale up at a faster pace using a VC model.  East Ventures' Managing Partner and co-founder Willson Cuaca also kickstarted the fundraising process for the team.

Hadinegoro is today CEO and co-founder of Warung Pintar, the company that was born out of this business idea. Launched in 2017, the startup was “a special project, kind of incubated inside East Ventures,” said its Brand Manager Dista Mirta. The startup began with two warung in January 2018. These days, it works with 6,874 “Pak Juns,” or active warung partners.

Cuaca is also on board as Chairman. To date, the startup has secured total funding of over $35.5m from investors such as SMDV, Vertex Ventures, Pavilion Capital, LINE Ventures, Digital Garage, Agaeti, Triputra, Jerry Ng, OVO and EV Growth Fund.

Warung Pintar's swift rise is due to the team's innovative use of IoT technologies to harness the untapped potential of the warung supply chains to create a new wave of economic force. Indirectly, this also helped transform and boost the brand image and earnings of these micro-enterprises.

As in the case of many Indonesians, warung is a big part of Hadinegoro's childhood. Whether one went to a warung to buy cheap candies and single cigarettes, or to simply have a cheap meal with friends, chances are that every Indonesian has experienced the familiar and friendly camaraderie of warung vendors at some point in their lives.

“Warung has always been around us. I grew up with warung. Then, I realized that there was no change in the traditional business over the past 50 years,” he says. “Since I was a kid, the business never scaled up. Only the owners were getting older.”

Warung Pintar, which means “smart warung” in Indonesian, is rooted in Hadinegoro's belief that the backbone of the economy actually lies in the grassroots. Together with two former East Ventures executives and tech lead Sofian Hadiwijaya, Hadinegoro decided to design a fully integrated e-commerce solution for a new brand of warung operators. Striking yellow prefabricated kiosks, with all the IoT devices, mPOS and in-built Wi-Fi, would be supplied by the company to the new warung owners. Today, Warung Pintar street vendors dot the Jakarta metropolitan area of Jabodetabek, Surabaya and Banyuwangi.

Real-time sales data, product tracking and automatic stock replenishment systems have helped to increase productivity. Wi-Fi and phone charging facilities have also attracted more regular customers, boosting monthly revenue by over 41% on average. About 22% of the kiosks have recorded at least 10% growth each month. The extra income creates ripple-effects across local neighborhoods, improving the livelihood of the warung families and workers. Locals can continue to enjoy the colorful variety of snacks and drinks at affordable prices. They can also quickly nip down to buy daily necessities like shampoo, medicine, light bulbs, batteries and stationery.

“Warung owners are not the usual early adopters of tech services. It's not that they're unwilling to do it, the problem is that the technology is not designed for them,” Hadinegoro notes. “Therefore, we're building a human-centric system to help them to overcome this barrier.”

A good example of is Warung Pintar's Juragan app, a playful Indonesian term meaning “boss.” The app can be used to track products and re-order items from partner suppliers offering lower prices. A dashboard displays real-time updates of the warung business including sales, banking and accounting records.

“The interface is really simple and designed especially for them,” Hadinegoro adds.

Warung Pintar aims to transform the traditional micro-business sector by providing digital solutions for every warung in the country. About 95.6% of warung owners are active internet users, but they are using their smartphones for chats, social media and browsing activities. The company is reaching out to them through face-to-face visits to demonstrate the benefits of the mPOS and IoT-based systems.

The vendors can easily apply online to be a Warung Pintar partner. No specific qualifications are needed, apart from having a permanent location and a smartphone to download the app. However, one of the yellow prefab kiosks cost IDR 30m–50m. The company estimates that a new warung would break even within 12 months.

In February 2019, Warung Pintar acquired Limakilo, a platform that connects farmers directly to vendors. “We share the same vision to increase the capabilities of micro-businesses and revolutionize the small economy through technology. Limakilo supplies staple food at the best prices, while Warung Pintar helps vendors to reach more consumers. With this new synergy, we hope to significantly improve the welfare of our farmers and warung owners,” Hadinegoro explains.

Warung Pintar is focusing on scaling and maintaining a strong enterprise network with more warung owners, supported by like-minded investors and venture partners. "I don’t see investors as external partners. They share the same values and are part of us in transforming warung and changing the life of warung owners in Indonesia," he says.

With 58% of warung run by women, the goal is also to promote economic independence by helping them to increase their earning power. The company hopes to increase economic mobility for the average citizen by improving the financial and technological literacy of the masses.

No bank account? In Indonesia, you can still shop online 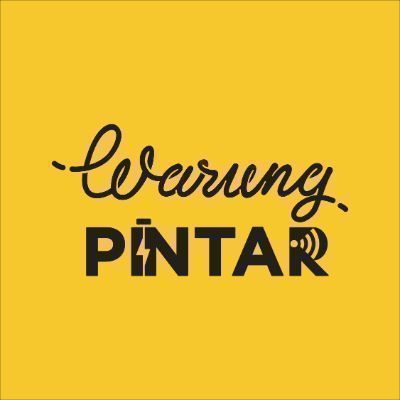 Co-founder and CEO of Warung Pintar 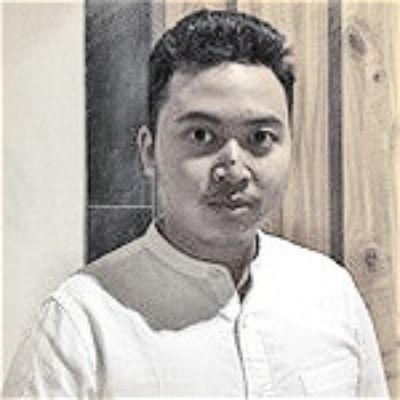 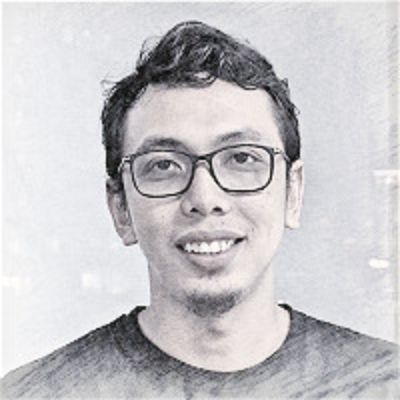 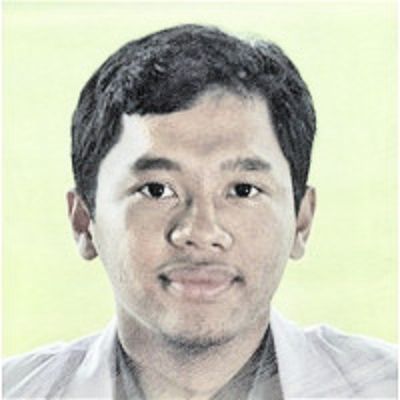 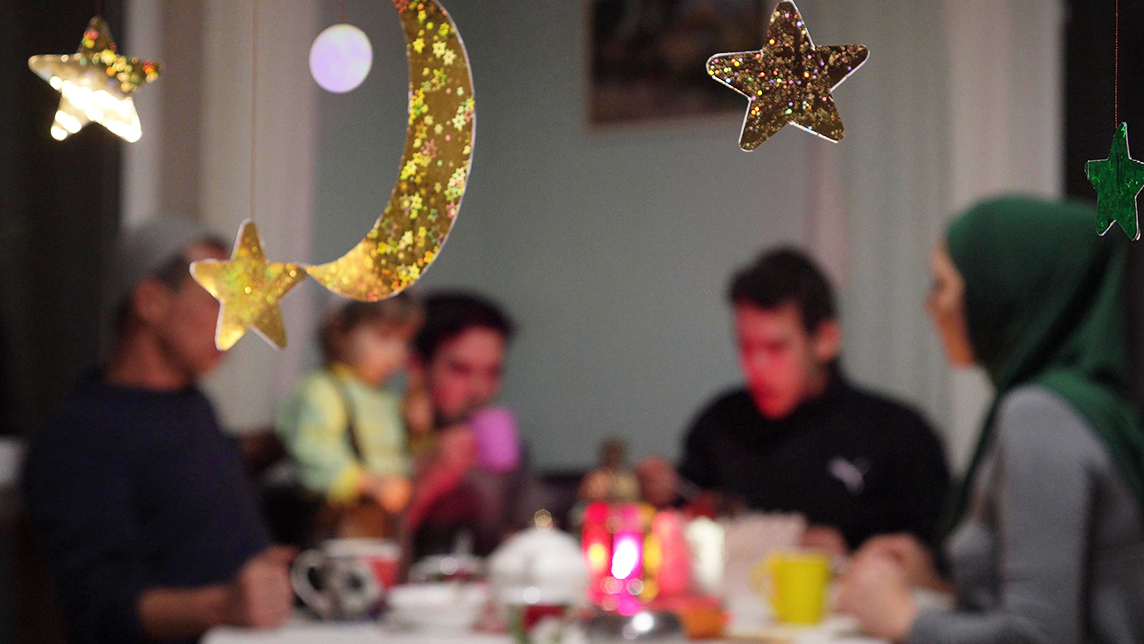 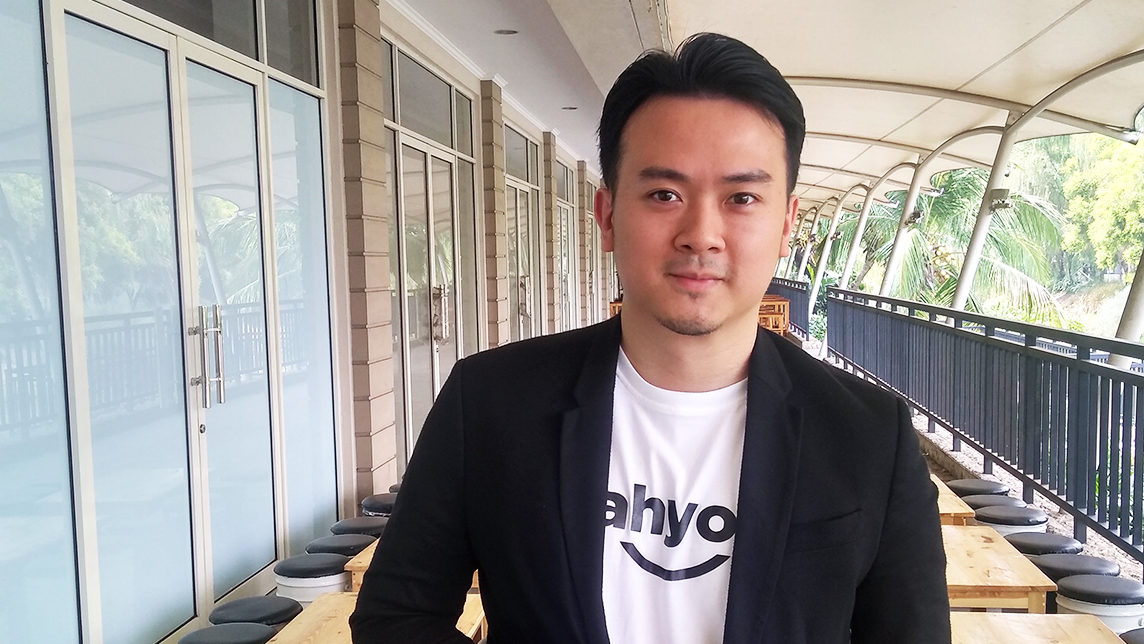