Drone Hopper: Firefighters of the future

Imagine a swarm of large, round flying objects appearing on the horizon. Flying in formation, they approach a column of black smoke rising over a burning forest in the distance. While still keeping close to one another, they start to break formation. Then one by one, they release their liquid payload, dispersing a fine mist that enshrouds the raging fire in a white cloud. The dense smoke and searing heat dissipates gradually. Their job done, these “UFOs” regroup and fly off into the distance, disappearing as suddenly as they had appeared.

This is not a scene from a sci-fi movie, but a peek into the near future, brought to reality by startups such as Drone Hopper. Based in Madrid, the company has designed and developed a prototype for a heavy-duty firefighting drone that will likely hit the market in 2019. Called the Wild Hopper, the drones act as a coordinated fleet of firefighters that could replace hazardous ground firefighting efforts and expensive water-bombing operations.

Drone Hopper founder and CEO Pablo Flores Peña has a passion for the environment and is on a quest to counter the fierce wildfires that ravage his native Spain.

With its hot summers and mild winters, Spain is one of the countries in the European Union (EU) most affected by wildfires, to which it lost 200,000 hectares of land in 2012, and almost 175,000 hectares in 2017. These two years were to become the two most ruinous years in the past decade for the country. Often blamed on climate change, wildfires have also been responsible for the loss of 700,000 hectares of land across the EU in the first nine months of 2017 alone.

Adding to the devastation of property, wildfires have also resulted in the loss of life and limb. In 2005, 11 trained firefighters died while trying to extinguish a forest fire in Guadalajara in central Spain, after sudden shifts in wind conditions caused them to be trapped by the advancing flames.

Against this fiery backdrop, Flores founded Drone Hopper in September 2015. But he is not just a hobbyist entrepreneur. As Chief Engineer for Airbus Group’s A320 fleet, he is well placed to spark the development of the Wild Hopper firefighting drone system that can be remotely deployed in difficult-to-reach locations without risk to precious human lives.

Each drone can carry 300 liters of water, rivaling the capacity of small airplanes and helicopters that are more expensive to procure, operate and maintain. The drones come equipped with a patented magnetic system that optimizes the pressure in which nebulized water and high-speed air is released. This allows water to be either injected directly into the seat of fire, or released as variable high-pressure sprays to create firebreaks along fire fronts.

Drone Hopper overcame early constraints in R&D funding and staffing by winning a series of awards and public funding. In November 2016, the company was chosen to join the ESA (European Space Agency) BIC (Business Incubation Center) in Madrid for one-and-a-half-years, during which it was also provided with additional funding.

Despite support from external sources and the technology’s potential, Drone Hopper’s technology is still not available commercially as European and Spanish aviation laws do not seem to have kept pace. Article 29 of the Spanish Royal Decree 1036/2017, which came into force only in December 2017, requires one pilot for every remotely piloted aircraft, effectively curtailing the usefulness of Wild Hopper as an autonomous multi-drone firefighting force.

Undeterred by the regulatory hurdles, Drone Hopper has started expanding into new applications and geographies, helping the company to improve, validate, test and obtain certification for its technology along the way while accelerating the company’s push towards a commercial launch of its products.

The company has developed an 80-liter version of the Wild Hopper for agricultural use, including for irrigation and pesticide application as well as precision agriculture work in large fields. With support from the Centre for the Development of Industrial Technology (CDTI) in Madrid, the company has started collaborating with Cast Craft, an Indian industrial firm, to develop a 150-liter drone to tackle urban fires.

This international cooperation project between Spain and India has brought in much-needed new funding for the company, money it has used to develop thermal engines that would boost the drones’ lifting capacity and flight-time range, marking a significant step toward a market launch. 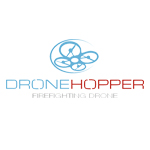 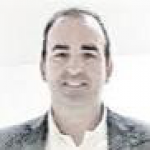 Founder and CEO of Drone Hopper