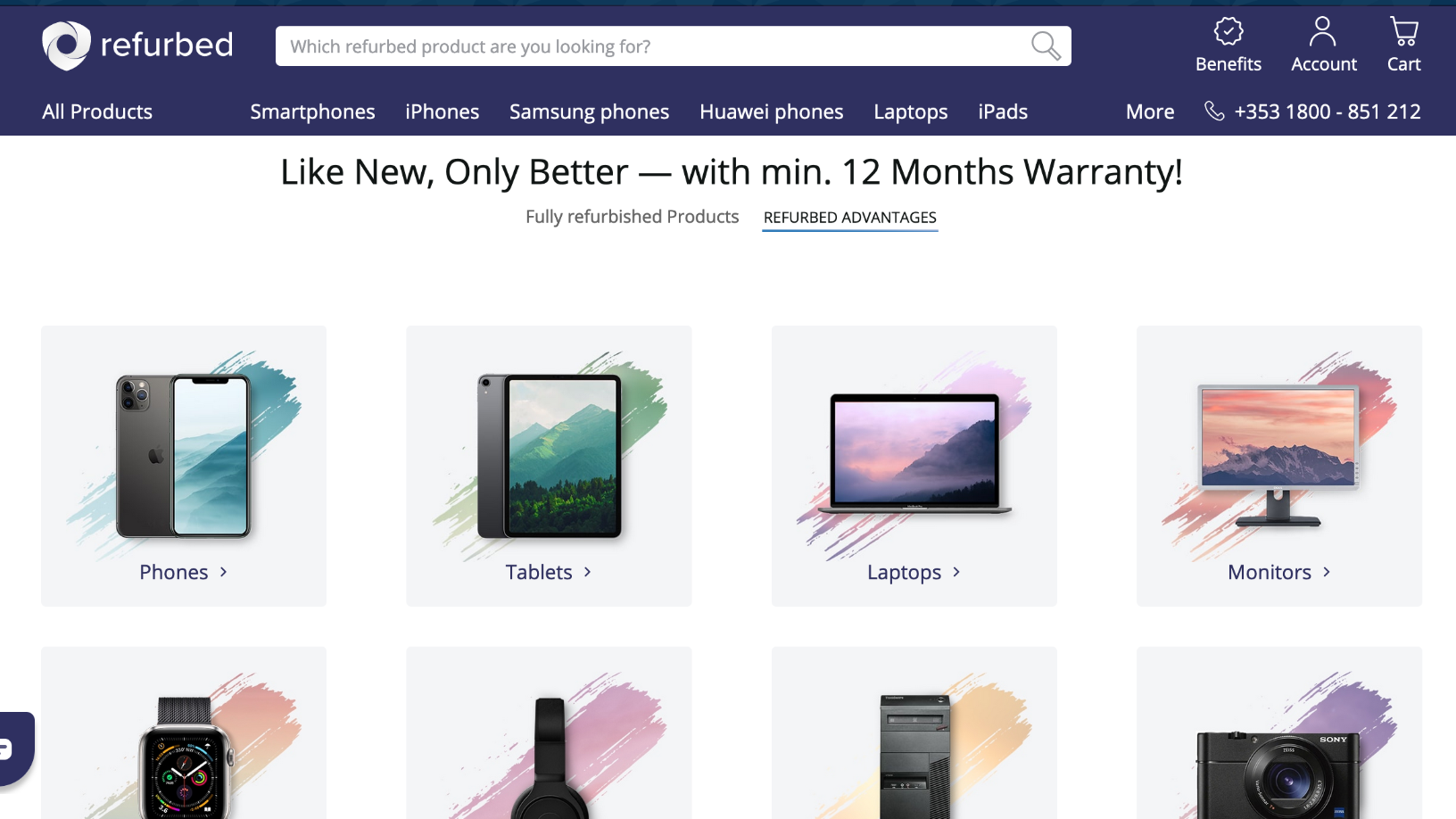 Consumers can reduce their carbon footprints by shifting toward a circular economy, become carbon-neutral by planting one tree with every purchase from Refurbed

Electronic waste, or e-waste, is the fastest growing waste stream in the EU with less than 40% of all e-waste recycled, according to a recent parliamentary report. Thanks to Austrian startup Refurbed, unwanted electronic items are now given a new lease of life and sold via an online marketplace for refurbished products.

Based in Vienna, Refurbed currently offers more than 11,000 products, ranging from smartphones to computer monitors. Each item is painstakingly refurbished, involving up to 40 different stages, by brand experts and suppliers.

“We believe that refurbished products have to be part of our future, and have to be a very big part. It’s quite obvious that we cannot live the way we lived through the last hundred years, we need to reuse stuff that we already have much more than in the past,” co-founder Peter Windischhofer told media.

Since Refurbed launched its marketplace in 2018, the startup has sold more than 800,000 devices, mainly in Germany and Austria. It also operates in 10 other countries in Europe, including Ireland, France, Italy and Poland.

“Only in Germany, you have people spending roughly €30bn on electronics every year. The main issue is that people don’t know what refurbished products are,” Windischhofer said. “They don’t know that they exist. In the UK, the US, that’s completely different. But in Germany, for example, only roughly 10% know what a refurbished product is, and this is the issue that we’re tackling.”

Listed as one of Austria's top-funded startups, Refurbed secured Series B funding of $54m in August 2021. The funding will be used for international expansion and market consolidation in Refurbed’s current European markets, focusing on its recent expansion into France and Ireland.

Spain’s Bonsai Partners and All Iron Ventures, from the $17m Series A funding March 2020 cohort, also joined the latest round led by two other early-stage investors Finland's Evli Growth Partners and US-based Almaz Capital. Pan-European Speedinvest, from the 2019 €2m seed round, also came on board. Eight new investors from the UK, Germany, Spain, Switzerland and France also joined in.

Refurbed estimates that its refurbishment process saves up to 70% of the CO2 emissions generated from manufacturing new products. This reduction is backed up by French competitor Back Market which found that only 11 kg of CO2 emissions were produced by refurbishing one electronic item compared to about 56 kg to make a brand new smartphone.

Refurbed also works with social enterprises like Labdoo and Die Deutsche Umwelthilfe (DUH) to persuade more merchants to recycle old devices that are unfit for refurbishment. Aiming to be carbon-neutral, the Austrian company will also plant trees to offset the CO2 emissions produced by the refurbishing process. For every product purchased, Refurbed will donate or sponsor one tree to be planted by its environmental partner Eden Reforestation Projects that reforests at-risk biodiversity hotspots in countries such as Madagascar, Kenya, Indonesia and Haiti. With 800,000 products sold to date, Refurbed is on track to achieve its target to plant at least 1m trees, as planned in 2018 when the platform was launched.

Meanwhile, the amount of e-waste is still piling up with only 17.4% of discarded items being recycled worldwide. Today, the e-waste pollution problems are further compounded because of the shorter lifecycles of many electronic devices.

Besides the carbon emissions it produces, e-waste also poses significant health and environmental risks at the recycling sites and landfills. Water systems in affected areas can be contaminated with toxic substances like lead and mercury. Millions of adults, and even children, earn a living by working in industrial recycling centers that process the e-waste shipped to the poorer, less developed countries.

The inspiration for Refurbed came from the personal experience of Windischhofer who purchased a second-hand phone from a classified ad. The phone lasted only two weeks. Not wanting to add to the growing pile of e-waste, the former consultant at McKinsey & Company decided to set up a marketplace, after researching the potential demand for an Amazon-style platform for refurbished electronics, offering “good prices and a decent product range.”

Windischhofer co-founded Refurbed with Hult International Business School alumnus Kilian Kaminski as CEO in 2017. Kaminski was keen on the idea, having worked at Amazon as a refurbished goods manager. Software engineer Jürgen Riedl also came on board as CTO.

According to Refurbed, the products sold on its platform are 40% cheaper than similar new models and are sold in good condition “like new, only better." The items undergo extensive refurbishment, reconditioning and testing; with up to 40 processing stages conducted by licensed and experienced manufacturers or merchants. A minimum 12-month warranty is given for all Refurbed products.

Old data is removed from every device which is then restored to factory settings. It is tested to check if any replacement components are needed. Any external wear-and-tear damage is also repaired and/or removed. Refurbed will trace the serial numbers to ensure that the items are not counterfeit or stolen goods.

Customers have the option to try-before-you-buy with a 30-day money-back guarantee. Payment is made via major payment service providers such as Stripe. Refurbed earns sales commissions from the customers and also from the platform’s 130 partner merchants that supply the refurbished products.

French and US competitors

Refurbed got its first big break in 2018 when it secured €500,000 from angel investor Michael Altrichter on the Austrian TV startup pitch show “2 Minuten 2 Millionen.” The startup was also selected as one of six finalists from 215 entrants at the first circular economy award program, Green Alley Awards 2018 in Berlin. It was also runner-up out of 300 startups at the Climate Impact Battle event, part of the Slush Conference in Helsinki. Refurbed was also one of the top 30 cleantech startups in Europe selected by EU climate change accelerator, EIT Climate-KIC.

But Refurbed faces tough competition in the refurbished electronics marketplace, competing with well-established generalist marketplaces like e-Bay and Renewed, Amazon’s third most popular electronics brand in 2020. Two other competitors, France’s Back Market and Swappa from the US also have a head start in the market, but neither has the same carbon-neutral objectives as Refurbed.

With almost 5m customers and €355m Series D funding raised in May this year, Back Market is considered to be the sector’s biggest global player and one of France's most valuable startups, with a post-money valuation of $3.2bn. Launched in 2010, Swappa has raked in sales of over $90m in 2019.

Nevertheless, Refurbed already clocked up sales of €100m in 2020, without launching any services outside the EU. Europe offers major growth opportunities in new markets like eastern Europe with potentially high demand for cheaper refurbished products. Another big market is France with second-hand phones comprising almost 45% of smartphone sales. Other European markets are expected to follow suit.

Refurbed also aims to gain a competitive advantage by offering a more diverse product range, including domestic and kitchen appliances which are rarely sold on refurbished electronics websites.

“We founded Refurbed with a mission to get at least one refurbished device into every household in Europe, thus changing the way we consume electronic devices as a society,” Windischhofer said, adding that the startup’s aim is to “become the Amazon for refurbished products in Europe.” 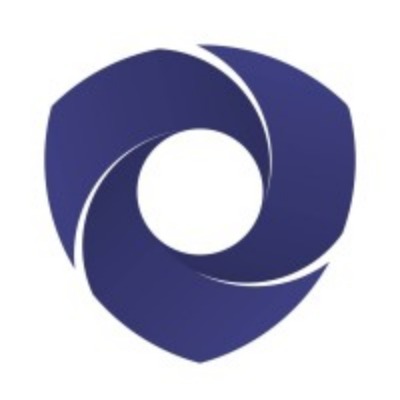 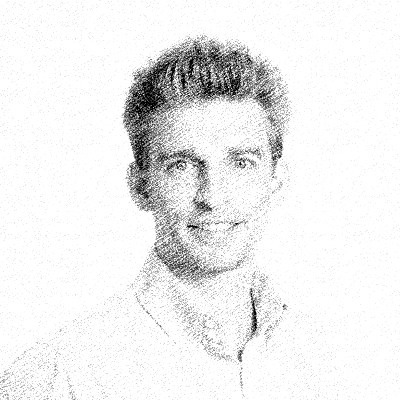 CEO and co-founder of Refurbed 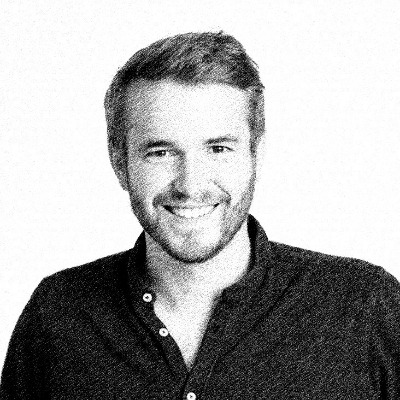 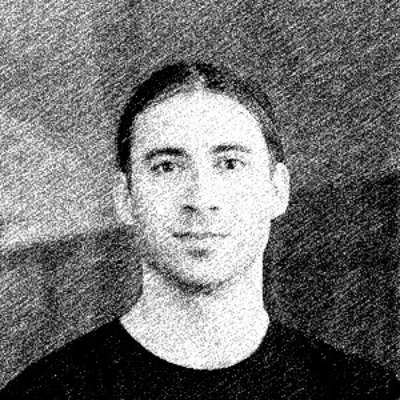 CTO and co-founder of Refurbed 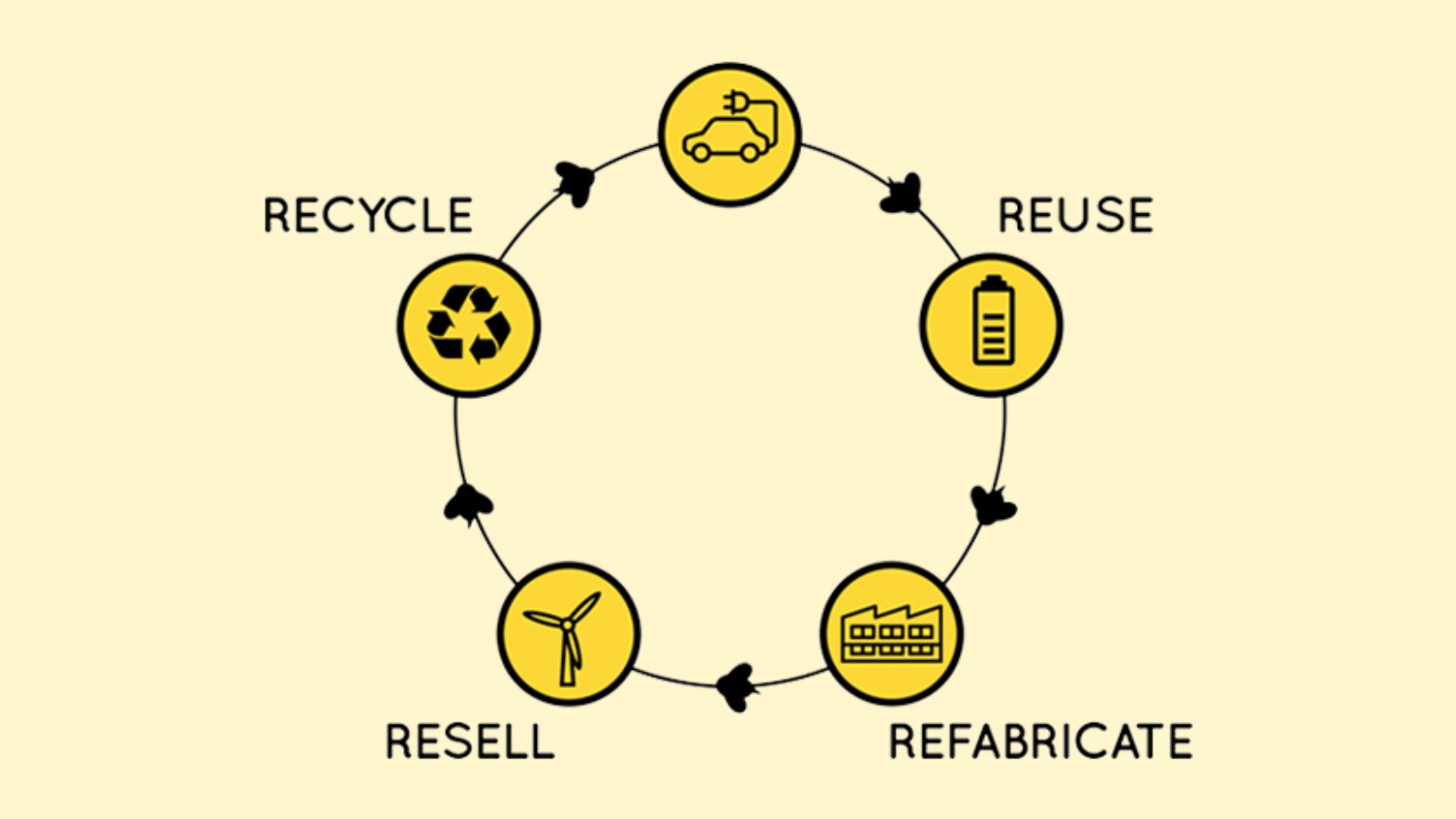 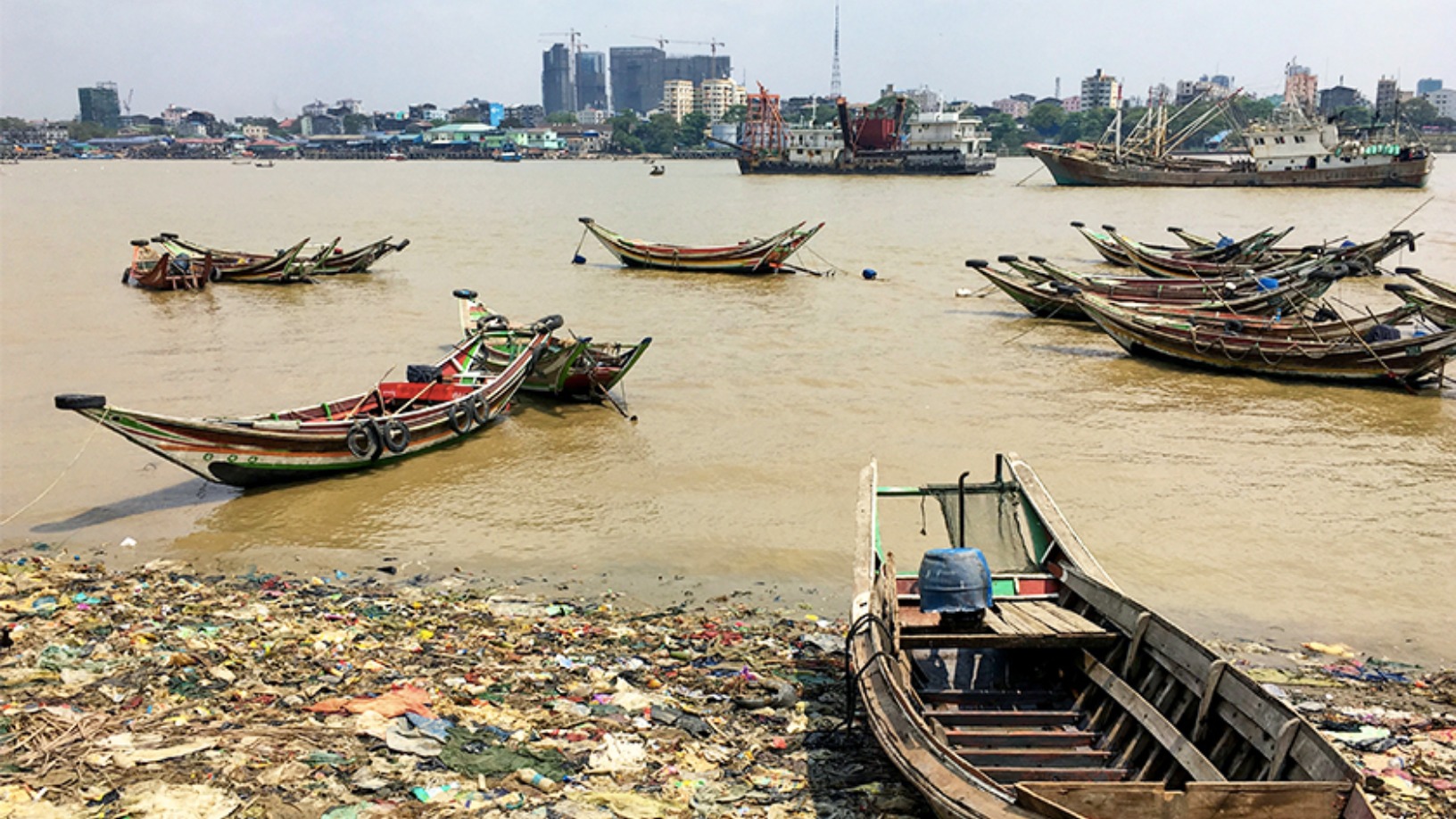 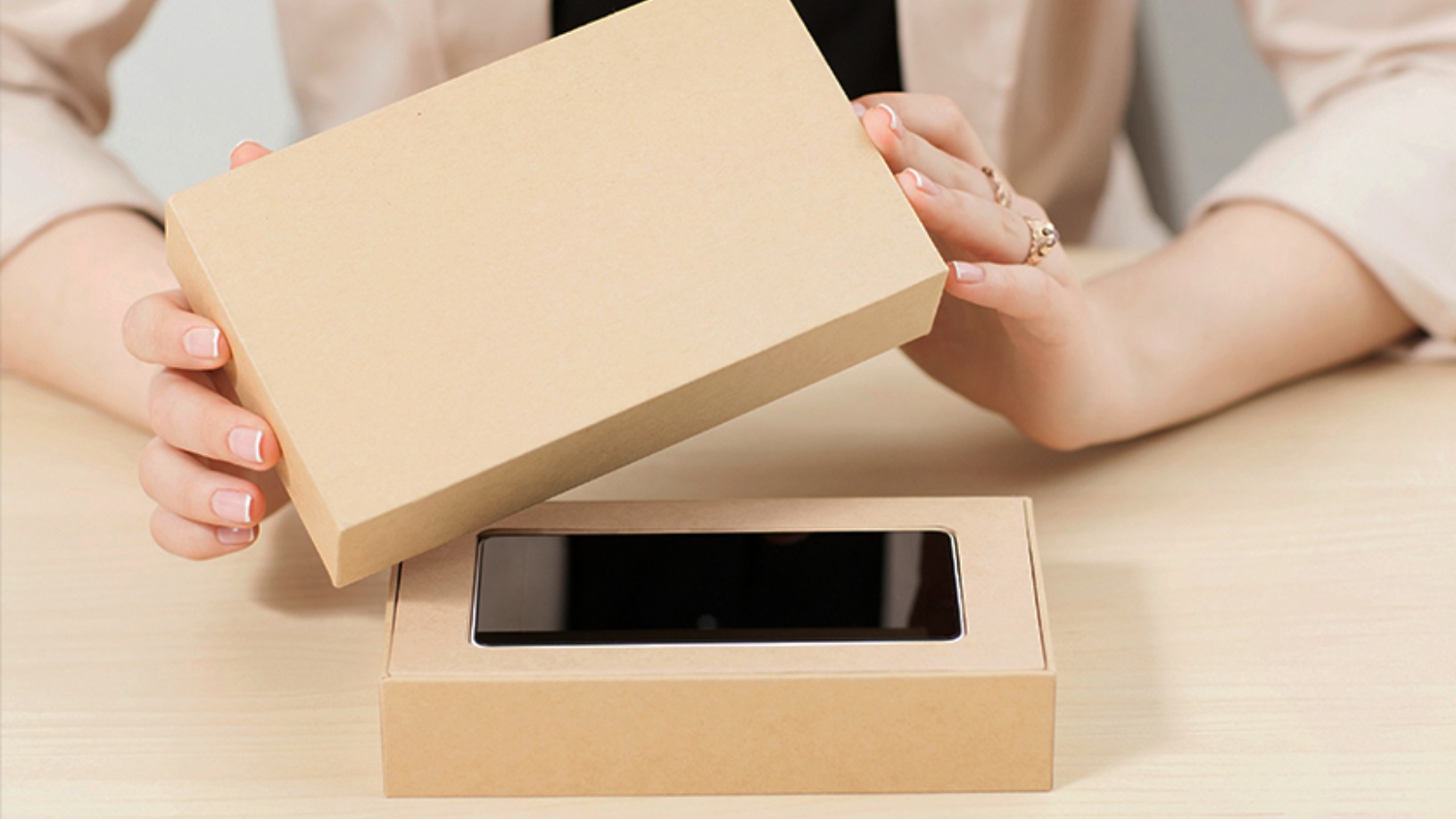 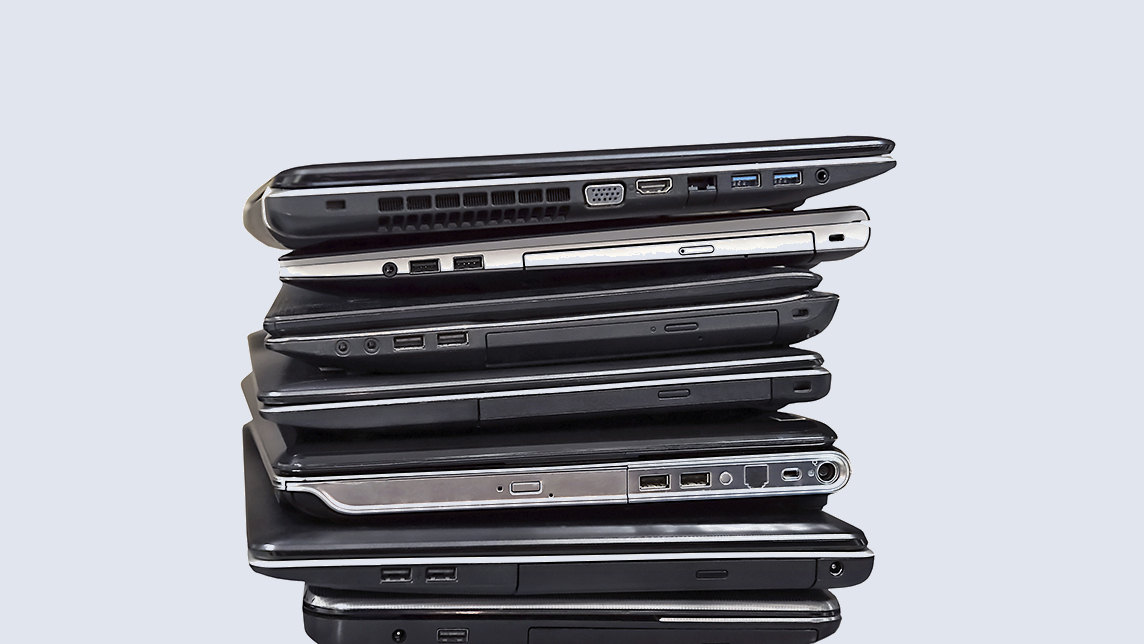