By connecting all players via its communication and information app, Simak hopes to modernize the Indonesian education system and make it more efficient

Like most parents with school-age children, web developer Rizki Akmanda knows the challenges of keeping up with school assignments and a dynamic school agenda, in particular, the messages and notes from teachers that are missed – and the anxiety that comes with it.

Once, Akmanda and his wife found themselves in a misunderstanding with a teacher because of his daughter's missing homework. At that time, parents and teachers interacted via a WhatsApp chat group and a physical ”communication book” in which teachers and parents exchange handwritten notes on a child's progress in school.

The incident made Akmanda realize a better way to communicate between students, parents and teachers was needed.  Hence he started developing an online monitoring platform for schools, teachers and parents to communicate with each other, where they arranged teaching sessions and learning routines, stayed updated on students' progress and track attendance.

Today Akmanda, a father of three, is CEO of Simak, an management information system used by 490 schools, 80 of which are private.  Those numbers will receive a major push in the coming months. “In the next six months, we will add around 400 private schools,” he told CompassList in an interview.

Many features in one

Simak, which roughly translates to “pay attention to” in Indonesia, was established in 2018 after the first prototype was developed. The app provides a variety of features in a bid to cover all aspects of the local education system.

The News & Events section provides coverage of recent and upcoming activities and events. The Private Room is where parents and teachers can discuss a child's progress.  Examination results, homework outcomes and grades are all updated here. A Vote feature is available to conduct surveys.

Simak also has an Online Exam facility, one of its most used features. Here, teachers can create an examination tailored to the competency level of each student. Through the test results, parents, teachers and each student can identify strengths and weaknesses. Simak has a total of 1.1m exams on its platform and about 300,000 exam questions in its bank.

According to Akmanda, the exam and test results would not only benefit individual students, but will also play a major part in improving the whole Indonesian education system.

“The results from these online exams can be used by education authorities to ascertain if there are certain topics that students in one area find difficult and then crosscheck it with students from a different area,” he said. The authorities can then make the necessary changes, such as moving a teacher with a specific skill to a spot where students are falling behind in a particular topic.

As the development of Simak was triggered by his experience as a parent, the early Simak prototype focused on its utility for parents, but Akmanda soon realized that teachers needed the system more to help them with their daily work.

"Our focus shifted to the teachers, as they are the main content creators, whose lives will benefit most from this information system," he said.

He and his team began researching the established school systems, which they found were completely disconnected from each other, creating a very inefficient ecosystem that had not progressed much technologically in the last few decades.

“The tools are still stuck in the 19th century and teachers are afraid of change,” said Akmanda. Meanwhile, the students, who are far more conversant in technology, are ready for things to progress, even “hoping” for change, he added.

Students who have used the platform say that it has helped their studies. Savana Orcaputri, a 12th grader from SMAN 61 in Jakarta said: “The program has been really good and the [exam] questions are also quite complete.”

Simak generated a total of $23,000 in revenue between May 2019 and October 2019. By 2023, the company hopes to increase its platform's users by more than 30 times to 15,000 schools and generate $32m in revenue. The forecast revenue will come from advertising, training, as well as complementary products such as a fingerprint attendance program and the accompanying hardware.

But Simak will remain free for its users because the goal is for it to eventually be used by every school around the country. Akmanda said.

To date Simak remains bootstrapped, though it is open to investors.  The company took part in the Tech In Asia (TIA) and StartupIstanbul conferences in October 2019, where they got to know angel and venture capital investors. Simak also won the TIA Pitch Arena. “We are in a fundraising mode, but there is no urgency,” said Akmanda.

“We hope that our platform creates a domino effect. For instance, our Online Exam feature saves tens of millions of rupiah, and that money can be used to purchase new facilities or to start digitalizing systems, for which they will consult with us.

“There are more than 300,000 schools in Indonesia. We have got a long journey ahead of us,” he said.

However, it may not necessarily be smooth-sailing. According to Mario Himawan, an education professional and a former principal of a number of Indonesian private schools, every school runs with its own practice standards and it is an enormous challenge to get them all to move to a new integrated system.

"Public schools have their own culture and system and there are so many of them and private schools are told to utilize a system provided by the government," said Himawan. Still, he acknowledged: “A lot of good will come up with a fully integrated system, even if it takes a long time to get there.” 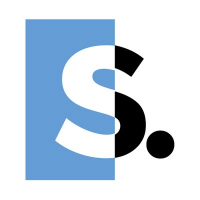 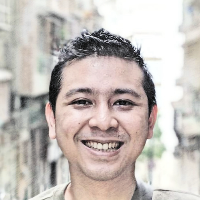 CEO and Founder of Simak