First there was Siri and Alexa, the familiar voices on our Apple and Amazon devices. Joining them recently is Samsung, which acquired an intelligent assistant startup founded by Dag Kittlaus, Adam Cheyer and Chris Brigham, the creators of Siri. Not far behind are Microsoft and Tencent; both have started development of their own virtual assistants.

As these global tech giants continue to invest in chatbot technologies, human-robot interactions will soon become more frequent and ubiquitous. This is a trend some say will fundamentally transform how we connect with companies and brands, as well as reshape the way companies acquire and engage with their customers.

In a study on the implications of artificial intelligence (AI), Niraj Dawar and Neil Bendle from Canada’s Ivey Business School assert that virtual assistants will become the primary channel through which we obtain information and choose products. They boldly predict that in time, “consumers will shift their allegiance from a trusted brand to a trusted AI assistant.”

At the core of these virtual assistants are deep, disruptive technologies – predictive algorithms, machine learning and natural language processing –  which endow the chatbots with the powerful ability to self-learn and improve their responses over time. Armed with data from our past shopping habits and daily choices, virtual assistants will soon be able to perform a range of activities, from carrying out routine purchases to managing complicated buying decisions.

With their potential to redefine the dynamics of the consumer market, the technologies powering virtual assistants - and more broadly AI - have come under intense spotlight from global entrepreneurs and investors.  According to venture capital firm Atomico, in 2016 European deep technology firms started attracting large amounts of cross-border investments, especially from US and Asian tech giants. With Europe now caught up in the deep tech momentum, we feature three promising Spanish startups making strides in this exciting space. 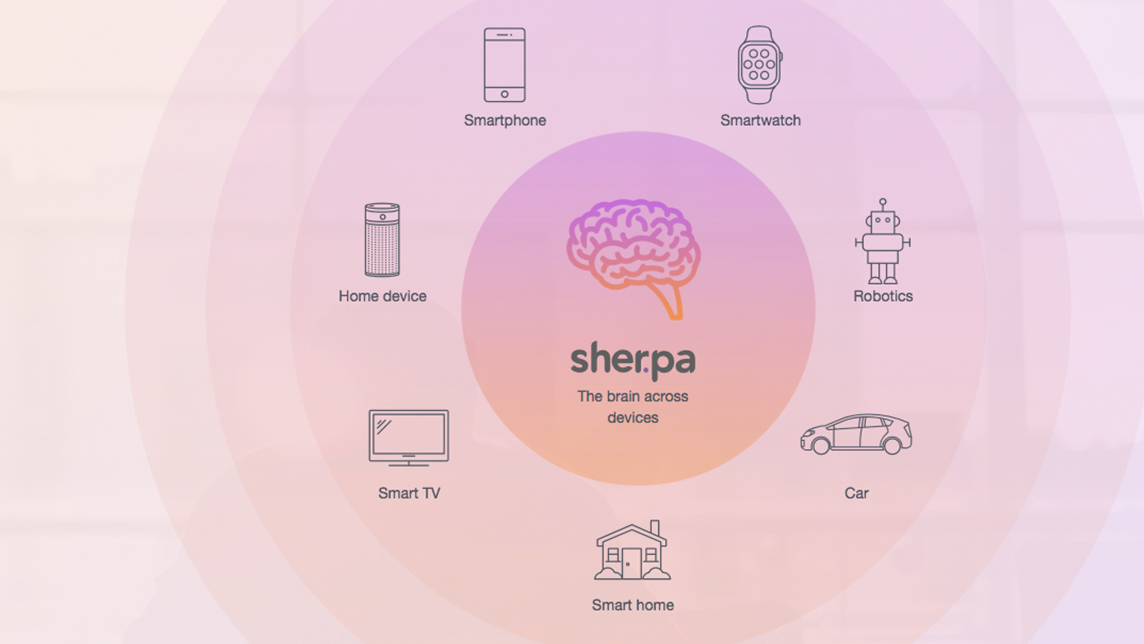 Sherpa pioneers the development of advanced algorithms and predictive technology for Personal Digital Assistants (PDA), enabling them to learn from past user behavior and anticipate user needs. The company aims to enrich the consumer experience, while empowering companies and brands with new digital tools to engage their customers.

Sherpa currently supports two languages, English and Spanish. It was originally developed for the Spanish-speaking market, targeting the 437 million native speakers (Spanish the second-most common language in the world) and giving the company an edge to rapidly expand into Latin American nations. Since 2016, the Sherpa app has been preloaded on Samsung smartphones sold in Spanish-native markets and is currently the most used Spanish language virtual assistant application in the world.

Headquartered in Bilbao with offices in Redwood City, California, Sherpa is one of Basque country’s most promising startups. The company is led by founder and CEO Xabi Uribe-Etxebarria, an  entrepreneur who holds engineering degrees and diplomas from MIT, Harvard Business School and the Universidad de Deusto in Bilbao. Uribe-Etxebarria is also a mentor at Oxford University where he has received awards for his work in the tech ecosystem.

While still working towards his PhD in language processing, Uribe-Etxebarria founded his first startup, ANBOTO, a virtual assistant company featuring automated chat and email responses.  In 2012, he founded Sherpa, which has been supported by three early-stage funding rounds. The most recent tranche raised US$6.5 million in 2016, which was used to improve existing app functionalities and expand the service to more languages, features the company hopes will help attract more investor interest for its Series B funding round. 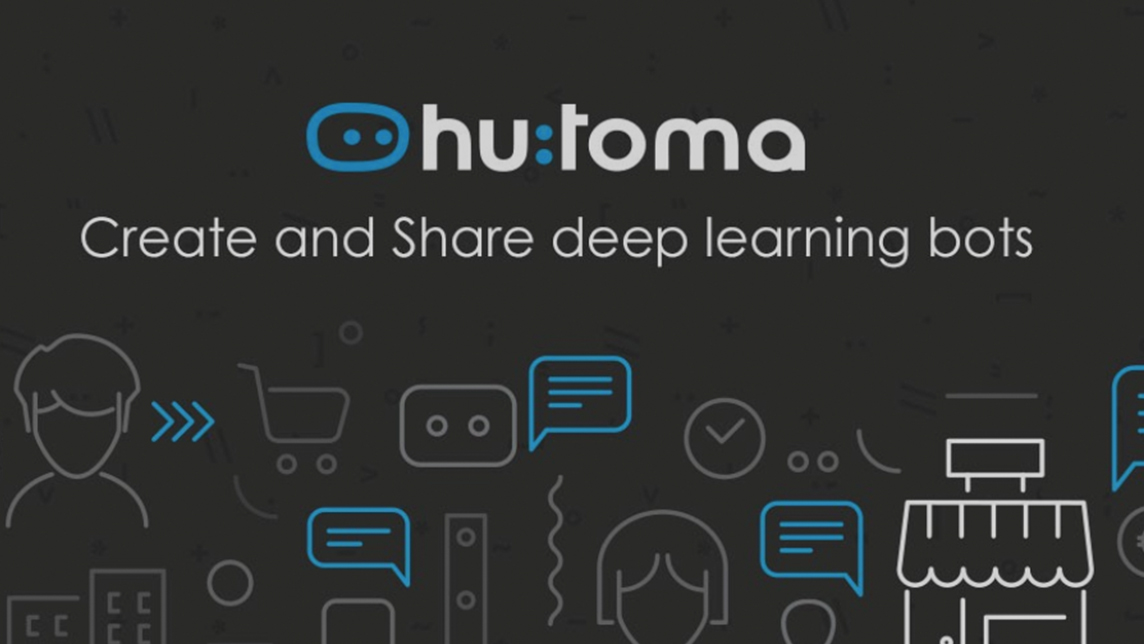 Hu:toma, a play on the phrase “human automata”, deploys AI virtual assistants powered by deep learning algorithms and natural language understanding. Hu:toma’s technology interprets unstructured data and complex user queries to create custom-made conversation patterns over voice and text.  It targets companies looking to scale their customer service through the use of virtual assistants in a cost-effective manner, while offering an experience similar to, or even better than, that provided by human assistants.

The company is targeting both the B2B and B2C markets and has adopted a pay-per-question business model. It aims to close 2018 with a turnover of €1 million and to reach €3 million by the end of 2020.

Hu:toma was founded in 2015 by CEO Maurizio Cibelli, a PhD-holder in Computer Science who was a former technology leader at Amazon USA and Microsoft Seattle. His co-founder and CTO is Andrea Cibelli, a former technology assistant at University of Salerno & Benevento in Italy. The company has received numerous accolades in 2017, including the IoT & AI prize at the Mobile World Congress, the TechCrunch Meetup Pitch-off and the Chatbot Summit Startup Competition.

To date, the company has raised a total of US$6.1 million after five investment rounds and was also backed by Startupbootcamp, a global startup accelerator. Inveready Technology Investment Group, one of Spain’s leading early-stage venture capitalists managing the highest volume of funds in the region, was the lead investor in a seed round conducted in April 2017.

In 2018, Hu:toma raised €601,000 from The Crowd Angel (TCA) platform in less than 72 hours and a further €450,000 in a venture round led by Athos Capital and a group of business angels. With its latest funding round, Hu:toma plans to open a third branch office in Silicon Valley to further its international reach. 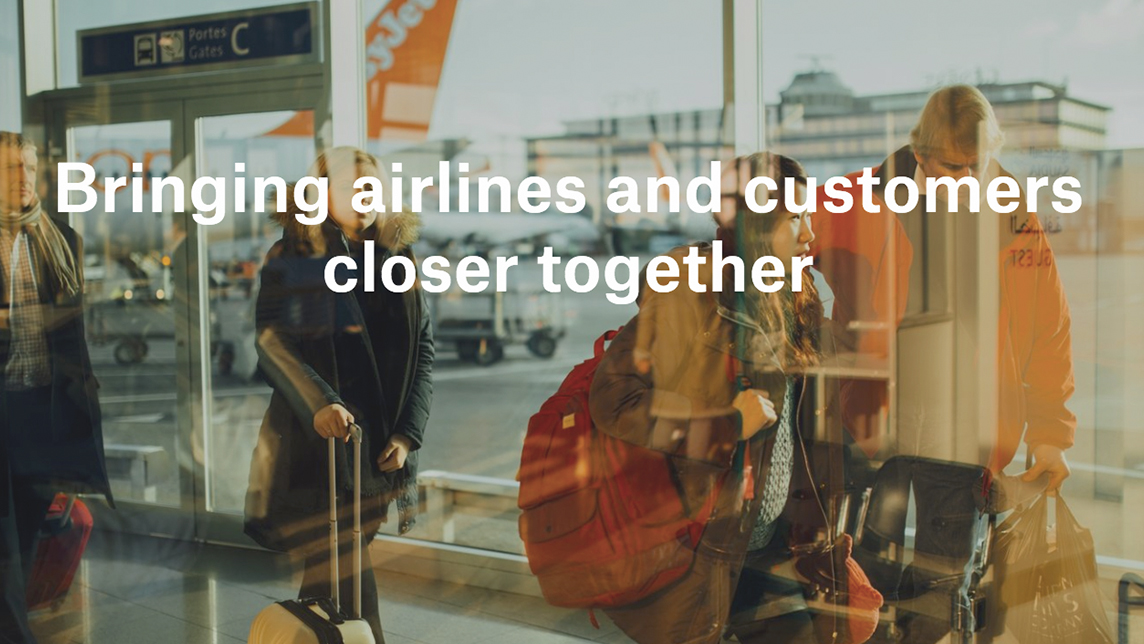 Caravelo provides technologies targeted at the airline and travel industry. The company specializes in integration and automated solutions and has recently developed NINA, a white-label chatbot that mimics a human concierge. Once integrated with Facebook Messenger, NINA enables personalized and real-time communication with travelers, who will be able to browse general travel information, search for flights and obtain updates on flight status. NINA also provides benchmarking information and offers in-app booking and payments.

Caravelo was founded in 2010 as ChangeYourFlight, a web service that allows passengers to obtain refunds for flight tickets while allowing airlines to resell the vacated seats. The company has a scalable business model based on commissions from revenues generated through Caravelo’s service. After diversifying into 10 different ready-to-go solutions that were mainly targeted at the airline sector, the company changed its name to Caravelo.

In 2015, the startup received an award at 4YFN (a startup-centered conference that is part of the Mobile World Congress) for a new service that offers passengers post-sales and pre-departure upgrades to business class. The company has since grown by providing innovative win-win solutions for both airlines and passengers.

NINA has the potential to transform the highly conservative airline sector, which is facing thinning margins and process management issues, including a lack of automation. While it may not be the most advanced virtual assistant in the broader AI market, NINA was specifically designed to perform in a sector where customer service and convenience are key differentiating factors. At the Flight Global Conference in 2017, NINA was judged the most technological and innovative solution in the airlines distribution category.

Founder and CEO of Sherpa