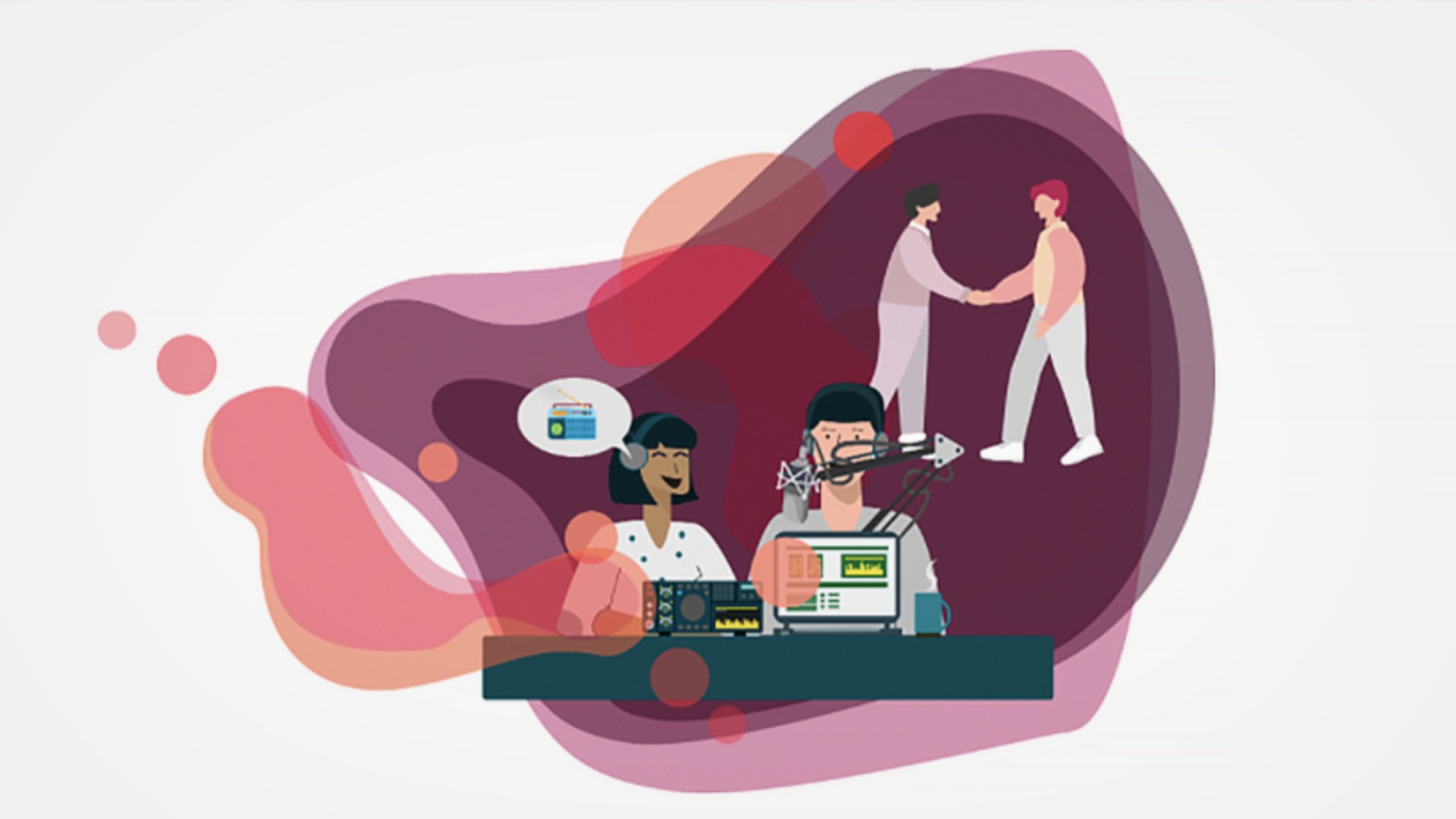 Using Svara’s digital broadcasting SaaS, radio stations can face off the onslaught of Spotify and Soundcloud

When was the last time you listened to the radio? Chances are, it’s been a while. Between 2014 and 2018, Indonesians listened to the radio for an average of less than 10 minutes a day. Local radio stations are facing stiff competition from foreign audio streaming services like Spotify, SoundCloud and JOOX. Advertisers, too, are switching from using the radio to these streaming platforms to plug their wares.

Svara is a digital broadcasting SaaS platform that seeks to give local radio stations a fighting chance to win back listeners and advertisers. Using Svara, stations can quickly upgrade their operations with new features like automated audio and ad playbacks, rather than build them from scratch. Local stations can also go online, stream live broadcasts and interact with listeners in real time.

Its app has already secured 15,000 downloads while total downloads of the radio stations’ own apps based on Svara’s white-label tech have reached 200,000, co-founder Farid Fadhil Habibi says in an interview by video call. More new listeners are registering daily due to the Covid-19 pandemic travel restrictions that have forced many people to work from home.

In January 2020, the company reckoned that its valuation reached $10m based on the undisclosed amount of seed funding secured from its sole investor UMG Idealab. Besides reaching out to hundreds more radio stations across Indonesia, Svara will also use the funds to promote its own radio streaming app and explore new markets for its broadcasting SaaS platform.

More radio stations are also interested in using Svara to automate their operations. “Some local stations are using automation for the first time, while others are switching from more expensive solutions,” Habibi says, speaking about Svara’s clients.

Its approach to saving the radio industry is two-pronged, starting with a back-end software suite for radio automation. Its solution takes some cues from RCS, a widely-used broadcasting automation software. However, Svara adds a new twist with a few extra perks.

Radio stations can stream their broadcasts online through Svara’s radio aggregator app, allowing them to reach new listeners beyond their own traditional audiences. Their broadcasting staff can even chat with listeners through in-app texting features, livestream videos from their studios and create podcasts to be distributed through mobile apps.

Most importantly for the stations, they will also get detailed reports on the effectiveness of their radio ads based on online listening activity. This data is crucial to landing new advertising deals, says Habibi. If radio stations can demonstrate their ad reach is still going strong, more advertisers will return to commission new radio ads.

“Local radio stations often have very specific niches, and their advertising can target those niches very effectively,” Habibi explains. “That’s why radio ads are still popular, even though more advertisers are moving to OTT online channels like Spotify and SoundCloud.”

This is especially important in Indonesia, where mobile internet access is still spotty in rural areas despite the proliferation of smartphones. Global radio advertising spending almost reached $35bn in 2019 and is expected to hit $36bn by 2022.

Today, Svara offers the back-end software and mobile app as a white-label package to major networks. It has partnered with a radio client in Surabaya and recently signed a deal with Kompas Gramedia, one of Indonesia’s biggest media groups. These brands enjoy full control over the app and their interactions with their listeners, with Svara taking care of the back-end operations.

Svara’s subscription pricing is similar to those offered by RCS and other commonly available solutions in the competitive media advertising market. The company’s broadcasting automation software is priced on a case-by-case basis according to the requirements of each client.

“Right now, only 20 or so stations in Indonesia can afford RCS,” Habibi says.

To attract more users, Svara now offers an alternative to paying the full subscription fees in cash terms. The radio stations can opt to pay part of their subscription fees by creating more air-time for advertisers. In exchange for a more affordable price, they can also dedicate more slots to broadcast third-party ads.

Svara also plans to offer a freemium subscription scheme for its mobile app that gives users free access to a range of radio broadcasts, just like tuning in to a conventional radio station. Premium subscribers can access to exclusive content including live videos and podcasts. But that’ll have to wait until the stations have fully integrated Svara’s back-end solutions into their existing systems.

To build a viable audience to attract more radio station advertisers, Svara is offering its radio broadcasts to retailers who need to stream music in their premises. The company has just clinched a deal with fast-food franchise KFC.

“Before Covid-19, we secured a deal with KFC to provide in-store audio for about 100 outlets, at an affordable price starting from IDR 500,000 per month. We’re going for quantity here."

Success after more than 10 years

The early days of Svara can be traced back to the work of the company’s founder, Hemat Dwi Nuryanto, an aerospace engineer-turned-software developer. In the early 2000s, he did contract work for national broadcaster Radio Republik Indonesia and found that many local radio stations could not afford the high costs of automating the scheduling and broadcasting process. Existing software solutions such as RCS were, and still are, too expensive for the local stations.

Nuryanto kept tinkering with the idea of creating a cheaper solution to automate local broadcasting systems. In 2012, he finally launched Radio 2.0, a radio automation service that also enabled stations to broadcast their shows online. The startup joined an incubation program run by the state-owned Telkom and managed to secure some early funding, but could not develop its business model any further.

“The market was not yet well educated on subscription and streaming services,” says Habibi, looking back at the early days of mobile internet in the country. The connection speeds were not good enough for streaming. In addition, there was no payment gateway that could be easily used by consumers to pay for online services. People either had to use credit cards or transfer money from their bank accounts. The process was often more troublesome than it’s worth. There wasn’t the convenience of mobile banking apps today.

Five years later in 2017, Nuryanto met Habibi while both are working as contractors. Nuryanto shared his ideas and startup experience to help local radio stations. Habibi saw the potential for the digitalizing the radio industry and the two men began to look for other like-minded team members to join their new company Svara.

With the Covid-19 pandemic confining many Indonesians to working from home, Svara has seen an increase in the number of listeners, though Habibi says the numbers are not significant. However, more radio stations are looking to work with them to automate their broadcast planning.

“Some local stations are using automation for the first time, while others are switching from more expensive solutions,” Habibi says. 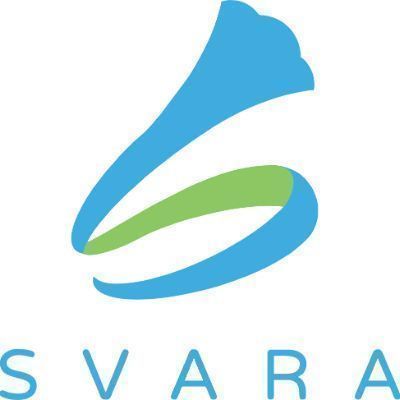 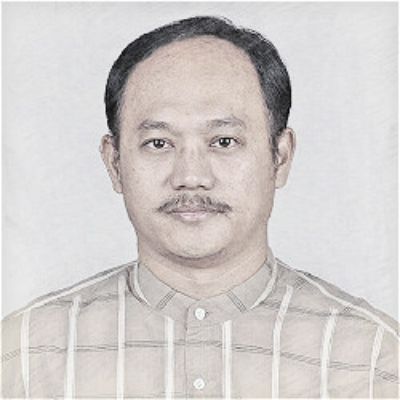 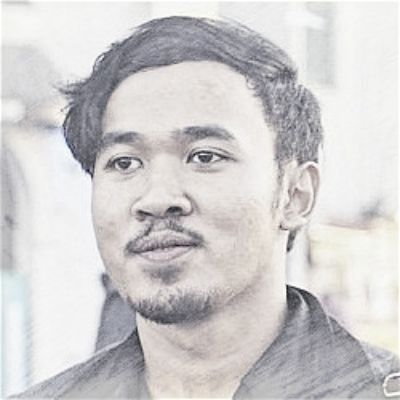 Co-founder and CEO of SVARA