In July 2018, Chinese startup Aihuishou, a secondhand electronics platform, received US$150 million in a Series E funding round led by Tiger Fund with the participation of JD.com.

The funding, the world's largest for the secondhand electronics industry, quadrupled the company's valuation to US$1.5 billion.

Founded in 2011, Aihuishou is the most successful secondhand electronics platform in China. By purchasing used electronic devices such as smartphones, laptops and tablets from customers through mail order, self-service machines and brick-and-mortar stores and reselling them at higher prices, the startup, which has completed RMB 4 billion in transactions, became profitable in 2017.

"The latest funding will be used to grow Paijitang," Chen Xuefeng, founder and CEO of Aihuishou, has said. "Paijitang will be a strategic focus of Aihuishou in future, and we see it as the way to expand overseas."

Aihuishou co-founders Chen Xuefeng and Sun Wenjun both graduated from Fudan University with degrees in Computer Engineering. After their first startup, a website for exchanging used goods, failed to attract enough users, the pair decided to zero in on one specific used good: secondhand phones.

In 2011, Chinese smartphones shipments increased at an unprecedented rate of 150%. Most customers were trading in their old feature phones for new models with Android or iOS systems.

Yet, even though there was no shortage of buyers seeking to recycle the parts or resell the phones, many people chose not to sell back their used phones. Because phones don't take up a lot of storage space and the amount of money made through resale wasn't significant, customers were not in a rush to sell them.

Customers also had privacy concerns. Sellers didn't want buyers to have access to the data on their old smartphones.

Furthermore, there was no good resales model in place. Anyone who wished to sell their used phone had to go to a store that fixed broken electronic devices or wait until a scalper came around purchasing used goods. Comparing prices – which were not standardized – from different buyers was time-consuming, which meant used phone owners had no way of knowing if the quoted price was fair.

So Aihuishou came up with a new system that made phone reselling easier, quicker and safer. Before, phone owners had to enter details on the phone's condition into the startup's website and received price offers from different buyers. That price comparison feature later evolved into an algorithm that automatically determines resale price based on the phone's condition. The algorithm eliminated the middleman, and, by acting as the sole purchaser of used phones, Aihuishou could now guarantee protection of customers' privacy by wiping data from old phones at the company's factories, among other measures.

If the phone owner accepts Aihuishou's offer, he can either mail his phone directly to the startup or bring it to the nearest Aihuishou store. This new model makes selling one's phone quick and easy. Most importantly, pricing is more transparent: sellers can find out both the base price Aihuishou offers for their phone model and which elements of the phone's condition – e.g., cracks or scratches on the screen – affected the resale value.

Because Aihuishou is in a "slow" market, a transformative model is not enough to ensure the company's success. In 2017, smartphones comprised 60% of Aihuishou's business. On average, a Chinese person upgrades her phone every 22 months. For a customer-facing company, that number means a low transaction frequency. Relying on advertising to acquire and keep customers' loyalty is inefficient.

To go big, Aihuishou has had to dig deeper.

In order to be there whenever people might want to resell their electronics, Aihuishou has set up 260 brick-and-mortar stores and partnered with 100,000 independent vendors and shops. The startup has also installed 2,000 self-service machines in locations such as shopping malls. Users can drop off their old phones at the machines and receive up to RMB 2,000 right away. Aihuishou has partnered with Sesame Credit, which determines how much self-service machines can pay sellers in advance.

The startup also has a partnership with JD.com, which shows customers buying new phones on JD a link to Aihuishou to encourage them to resell their old models.

In January, Aihuishou launched Paijitang, its new B2B business. Paijitang is a platform that allows businesses to buy and sell secondhand electronics anywhere in the world. Aihuishou provides price assessment services to both buyers and sellers on the platform.

On Paijitang, Aihuishou has opened up the use of its algorithm to traders to help them set prices for used electronic devices. In return, Aihuishou earns a commission on each sale. Paijitang has upended the global secondhand electronics sales model by enabling buyers to purchase in bulk while paying a price based on the condition of different devices within the shipment.

Since launching, the platform has experienced a 30–50% month-over-month growth in transactions. In June 2018, monthly transactions reached RMB 300 million.

If Paijitang is successful, the potential gains are substantial. "The global market for secondhand electronics is estimated at trillions of renminbi," said Wang.

Following the latest funding round in July, Chen said the company has met the requirements for IPO. In June, one month before the funding was announced, Chen said, "[With Paijitang and the self-service machines,] our business model is now more fluid. We could go public in HK or the US now, but, because our cash flow is very healthy, we're not in a rush." 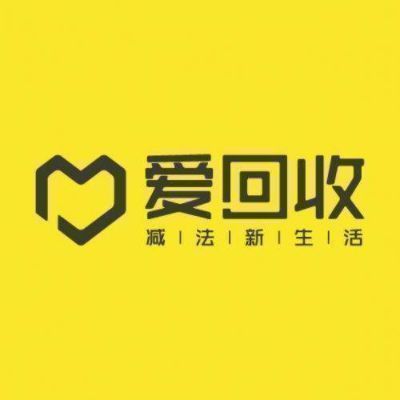