Announcing the news, Willy Arifin, Executive Chairman and co-founder of KoinWorks, said in a press release dated April 13: “As an institution with the protection of our lenders’ capital at our core, being well capitalized is always a top priority. KoinWorks continues to stand together with many giant financial institutions and hundreds of thousands of retail lenders to support digital SMEs during COVID-19.”

Benedicto Haryono, CEO and co-founder, noted more international financial institutions backing his company. “These investments, especially during these turbulent times, show tremendous confidence in our abilities as best-in-class loan originators in the fintech space in Indonesia,” he said.

Amid the Covid-19 pandemic, many businesses have had to stop operating or otherwise see drastic falls in revenue because of social restriction measures and a drop in general economic activity. As such, P2P lending platforms like KoinWorks and Investree face greater risk of repayment delays and defaults.

To better manage such risks, KoinWorks said it was “actively applying more processes using digital data combined with traditional, proven banking techniques” to maintain the quality of its loan book. Other P2P lending platforms have also announced stricter scrutiny of new loan applications, especially those coming from businesses directly affected by the crisis.

Earlier this month, the Indonesian Financial Services Authority (OJK) announced new regulations aimed at giving businesses some relief in loan repayments and maintaining their credit-worthiness. In theory, these leniency options cannot be exercised by the P2P platforms alone, because only the lenders using the platforms have the right to decide. In contrast, banks and microfinance companies can extend such leniency to borrowers affected by Covid-19.

However, in an email to customers dated April 13, KoinWorks said that it was providing adjustments for loan repayments, “with a focus on protecting the lender’s asset values and mitigating risk of default.” The company said the leniency measures would only be extended to borrowers that can prove that their business has been impacted by the pandemic.

Specifically, KoinWorks will give a repayment moratorium to borrowers in industries that have had to suspend operations due to Covid-19, and a repayment grace period for companies that are still maintaining some sales activity. For borrowers in industries directly affected by Covid-19, and whose projects have been delayed, KoinWorks will also allow for balloon payment.

KoinWorks also has a “provision fund” set up to limit losses for lenders when loans are defaulted. Koinworks continually replenishes the fund, which currently sits at IDR 6.5bn, by setting aside 30% of their revenue. 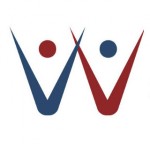 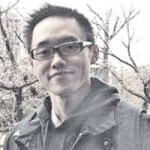 Co-founder and CEO of KoinWorks 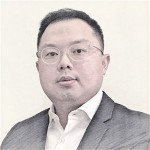 Co-founder and Chairman of KoinWorks