Pintek wants to "grow the quality of education in Indonesia" © Pintek.id

Back in 2010, faced with financial constraints, Tommy Yuwono almost gave up his dream to go to university. Luckily, he won a scholarship from Prasetiya Mulya University in Jakarta and graduated in 2014. Armed with a degree in Business and Corporate Finance, he started a career as an investment banker at MNC Sekuritas.

But Yuwono never forgot his financial struggles as a student. Today, many youths from low-income families continue to face the challenge of trying to get affordable financing from traditional sources like banks and money lenders to fund their studies. For Indonesians aged 20 to 24 years, while more than 30% of those from the richest households had attended higher education, that percentage fell to less than 10% for the majority lower-income population, with just 1–2% for the poorest 20%, according to a UNESCO report in 2014.

Its latest product, Pintek Instant, is an instant loan for students who need extra money for study materials, books or private tuition. Borrowers can access the approved loan funds within an hour after submitting their requests, Yuwono, the company’s president director, said.

“Currently, Indonesia's challenge is in increasing (the quality of its) human resources so that they are able to compete in the future. In fact, 58% of the workforce here are made up of those who only graduated from junior high school education and below,” he said in an interview. “We want to support the needs of education in Indonesia, including school and college students, and employees, to improve their skills through formal and non-formal education.”

Pintek will also soon expand into Islamic finance with the launch of a Sharia-based loan facility for students studying at Islamic boarding schools and Islamic-centric universities. “We are motivated to collaborate with all educational institutions to grow the quality of education in Indonesia,” Yuwono said.

From investment banking to fintech

Yuwono left his banking job at MNC Sekuritas in 2016 to establish mobile payment startup AyoPop with co-founder Ioann Fainsilber, who came from investment banking and private equity. After securing Series A funding for AyoPop in 2017, Yuwono went on to set up Pinduit, a P2P lending platform, in 2018. Pinduit Teknologi Indonesia is now owned by SoCap, which names AyoPop as a shareholder.

The founders rebranded Pinduit as Pintek in January 2019, pivoting to P2P loan services for students to fund their further education and upgrading of skills and industry qualifications. Today, the Jakarta-based fintech has over 35 employees. Loan partners include banks, other financial institutions and private family firms.

As of August 2020, Pintek had disbursed IDR 70bn in loans to more than 3,000 students across Indonesia. It also provides invoice financing for working capital loans to education providers via its product Pintek Institutions. The startup currently works with over 100 institutions including universities, vocational training and language schools. Two major partners are Indonesia's leading English language course providers Wall Street English and English First.

“We hope this proves the trust by our partners have for us, and also our comprehension of the needs of current education,” said Yuwono.

Indonesia has an active workforce of 122m. Only 7% have a university degree and 26% have completed high school education. In 2018, President Joko “Jokowi” Widodo launched an initiative to urge more banks to provide more affordable student loans for education purposes. In July 2019, Jokowi reiterated plans to improve the skills of Indonesia’s workforce by increasing investments in vocational schools.

Pintek Instant, Pintek Regular and Pintek Pro are the main loan products offered to help Indonesians pay for the cost of further education, vocational training and studies for professional qualifications. Applicants must have a minimum monthly income of IDR 3m.

Hence, the parents of students account for around 80% of Pintek's customers. They can apply for loans of up to IDR 300m to pay fees for schools, college, training and other courses like learning new languages. Pintek also provides loans to parents for early childhood education.

The loans are repaid via monthly instalments including interest charges. Depending on the agreements with partner colleges and universities, the loan interest rates can vary from zero to 1.5% per month. Customers are charged a fee of 3% on the principal amount to cover administration costs like loan disbursement services. They also have to pay 20% of the loan value upfront before the first instalment is disbursed.

The money is paid directly to the Pintek Institutions and the students have to continue to repay the loans in full even if they decide to quit their designated courses. However, Pintek plans to incentivize students by launching a new performance-based education loan that offers lower interest rates and loan reductions for students who achieve target academic outcomes.

Yuwono said Pintek normally gets a surge in loan requests in September, when Indonesian public universities open for new student registrations. The cyclical nature of student loans enables Pintek to predict the timing and surge in loan applications to ensure sufficient resources and staff are in place to meet demand. Marketing campaigns can also be adjusted accordingly to suit student recruitment and enrolment schedules of local colleges and universities.

Other student loan startups targeting Indonesia’s fast-growing tertiary and vocational education sectors include DANADidik, which has a crowdfunding model, and Dana Cita, which has expanded to the Philippines but does not cover the elementary-high school segment.

Yuwono said Pintek avoids the crowdfunding model, because a campaign may be deemed “successful” even if it doesn't reach its target amount, but tuition fees always have to be paid in full. He said the company would announce financial figures later in the year or in 2021.

Education for all: Interview with DANAdidik CEO Dipo Satria 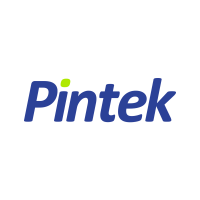 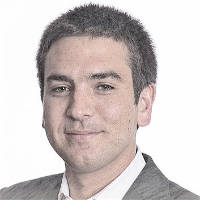 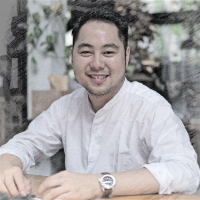