Alibaba, Tencent, Meituan and other tech giants give roadside vendors digital makeover, so they can compete with fast-food chains like McDonald’s, KFC and Pizza Hut

After two decades of harsh bans on traditional street vendors as China prioritized urban development across the country, many local authorities have overturned the restrictions, hoping such microbusinesses would help create millions of new jobs amid the unemployment crisis caused by Covid-19.

The central government now sees the expansion of microbusinesses as a way to boost consumption and economic recovery nationwide. Premier Li Keqiang even declared that street stalls and small shops are “vital sources of jobs“ and ”provide vitality to the society in the same way as high-end businesses.”

Government initiatives, like providing more parking for customers, are being rolled out in nearly 30 cities including Guangzhou, Chengdu, Zhengzhou and Nanjing. In Chengdu city alone, over 100,000 jobs have been created from the setting up of 36,000 street stalls since March, while nationwide the street vending economy is expected to employ over 5m people.

Setting up a roadside or market stall is an easy, low-cost option for many entrepreneurs. Even global brands like McDonald’s and KFC have also jumped on the trend with their breakfast stalls, seeing it as a way to increase both brand exposure and revenue.

The country’s tech giants have similarly spotted a new market opportunity, seeing that the traditional vendors would need to go digital too in today’s “always online” China. In Chengdu city, for example, Alibaba’s online payments platform Alipay received 2,000 new applications daily in May from small business owners wishing to use its Merchant QR Code Payment system.

Non-tech companies have also jumped on the bandwagon. Wuling Motors started supplying multi-functional vans for street vending on the second day after Li’s official announcement, becoming an instant social media hit, sending its stock price soaring by over 120% the next trading day on the Stock Exchange of Hong Kong.

Leading e-commerce companies like Alibaba and JD.com are providing street vendors and small business owners with interest-free loans, worth RMB 70bn in total and up to RMB 100,000 for each enterprise respectively.

China’s largest on-demand food delivery platform Meituan has also joined hands with financial institutions to provide loans totaling RMB 20bn, with loans already approved for over 20,000 merchants. The owners of the newly launched small businesses on Meituan will also be offered loans that are interest-free for the first month. The principle amount has to be repaid over three months, a reasonable buffer period to get the new business up and running.

Payments service providers have also offered to help. Tencent’s WeChat Pay will provide free security insurance for total payments of up to RMB 200,000 to every micro or small business owner to protect them from losses caused by payment fraud via its platform. Yeahka, a startup focusing on payments services for micro and small businesses, is offering RMB 20m subsidies in commission refunds to small vendors. Transactions, mainly below RMB 30, made via one of its payments solutions Juhuisaosao jumped 252% year-on-year in May.

China’s top search engine Baidu offers support by making street vendors visible on Baidu Maps, the nation’s most used web map service. The company said it will also simplify the process for stall owners to share their locations on the digital maps. When vendors gather around to sell goods in a specific area, they will soon be able to mark their locations on the Baidu Maps with photos taken on location in real time. Then customers will be able to search and get directions to the stalls as soon as the locations are authenticated.

E-commerce giant Alibaba is also helping street vendors to optimize sales by using big data. “Our data will tell street vendors which goods sell well this year and which are the most popular among consumers in their cities, even within local neighborhoods,” said Alibaba VP Wang Hai. “Then, we will work directly with partner suppliers to offer those popular items at lower cost to the vendors.”

Alipay has also initiated a campaign to issue RMB 10bn worth of digital coupons for consumption on July 1–17 to help boost sales for offline merchants who use its payments solution. The coupons are specially designed for small businesses. RMB 2 will be deducted from a purchase valued at RMB 10 for each coupon redeemed via the buyer’s Alipay e-wallet. Vendors across the country can sign up to the scheme on Alipay. All they need to do is provide details of the vendor’s stall name, offerings and locations.

Meituan has turned to consumption coupons as well. Since May 25, Meituan has worked with 36 lo­cal gov­ern­ments to pro­vide vouch­ers to help channel con­sumers to offline merchants. Around 88% are small ven­dors who saw daily transactions increase by 53%. Meituan also helps offline merchants to take online orders via its platforms, exposing their products to more consumers.

Besides offering payments support, Tencent also uses a template to help offline vendors move their small businesses online via a mini-program more easily. Customers can also share links of various products to get a discount reward.

Street vendors can also tap into JD.com’s network of over 4,000 warehouses distributing nearly 10,000 product brands. JD.com aims to supply over RMB 50bn worth of high quality goods to small business vendors. The products will be available to 1m convenience stores and 1m street stalls.

Social commerce upstart Pinduoduo announced that it will subsidize products suitable for street vendors including portable fans, flashlights and Wuling vans. Pinduoduo will give the buyer RMB 3,000 worth of gas credit for every Wuling van, priced at RMB 55,800, sold via the platform.

It may take some time to see if the growth of street vending businesses will substantially help China to solve its mass unemployment problem. The show of support by tech companies will give street vendors and small businesses more confidence to survive the tough times ahead as global economies struggle to emerge from the recession crisis caused by the Covid-19 pandemic. 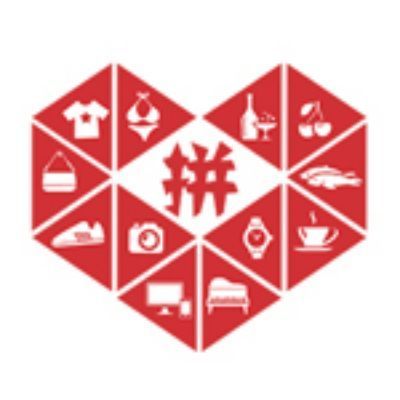