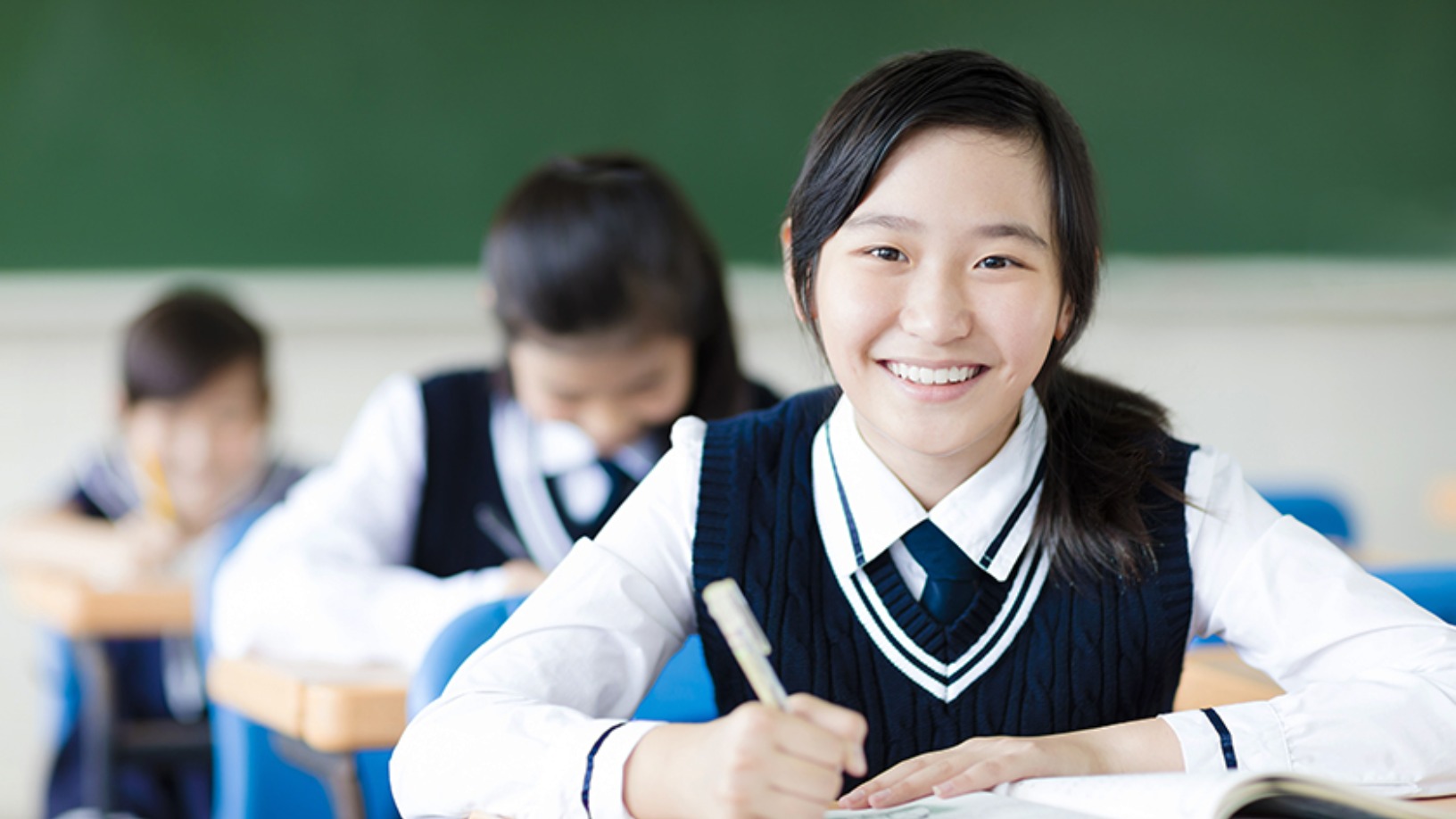 Intelligent Learning prepares K7–11 math students for the national senior high school entrance exam, or "zhongkao," by trawling through past questions and predicting what might be tested

Many students resort to question spotting when revising for exams, but in China, a math self-study app can predict questions for the national senior high school entrance exam, or "zhongkao," with accuracy of as high as 90%.

Using AI and big data analytics, Hangzhou-based Intelligent Learning built algorithms to analyze tens of thousands of past zhongkao math questions from different localities in China, creating a data bank. Combining that with the curriculum, its app comes up with mock questions and an evaluation system for users.

Founded by a team of ex-Alibaba senior executives in early 2018, Intelligent Learning’s name in Chinese literally means “accurate learning.” CEO and co-founder Yang Renbin headed Alibaba’s strategy department while its COO and co-founder Tian Yang used to be in charge of the overseas market for Taobao, China’s largest e-commerce marketplace owned by Alibaba.

“We want to use AI to empower math teachers in [China’s] tier 3–5 cities and offer them individualized teaching solutions for efficient learning,” said Yang, noting that a large number of its users are from the smaller cities, where the quality of educational resources tends to lag behind that of tier-1 cities like Beijing and Shanghai.

Between April and June in 2018, the startup invited 10,000 students from schools in Shaanxi, Hunan and Zhejiang provinces to use its app two hours weekly. When the students eventually took the zhongkao in June, their score improved 12.54 points on average from their grade in mock exams before April. More than a third even bettered their results by 20 points. A full score is 100 points.

So far, Intelligent Learning has raised total funding of RMB 70m from two rounds, the more recent being a RMB 50m Series A deal in 2019 led by Kuaishou, the world’s second-largest short video and livestreaming app, with participation from Vision Capital. A year earlier, Vision Capital had invested in its RMB 20m seed round.

K-12 edtech is a booming market in China, where spending on education accounts for more than 25% of household expenditures (in urban households, the percentage can be as high as 42.2%), compared with 2.3% in the US. In GSV Ventures’ recently published GSV Global EdTech 50 list, 16 of the world’s top 50 edtech startups are in China. Among them, Yuanfudao, known as "Ape Tutor” in China with over 400m users, last month raised $1.2bn in Series G2 funding at a $15.5bn valuation, making it the world’s most valuable edtech startup.

In recent years, more Chinese tier 3–5 cities and smaller localities have extended compulsory education to 12 years from the national compulsory nine years. However, many students in these cities have trouble making it to local senior high schools, due to limited teaching resources. Chinese classrooms normally have 40 students or more, and under the Ministry of Education’s guidelines, a teacher needs to prioritize teaching the most common problems faced by the class. This leaves little or no room for individual attention.

At the same time, the education system remains narrowly defined by exams and constant academic pressure. This is to pave the way to ultimately winning admission to good universities, viewed as the means to securing a well-paying job later in life. And since classes in state schools are overcrowded, many parents resort to paying for private tuition – usually online these days, and even more so since Covid-19.

Intelligent Learning focuses on math for students aged around 13 to 15, or K7-9 in school year terms. It currently has two apps to cover both regular learning and exam preparation. The former helps students sharpen their math skills in daily practice, while the latter prepares them for the zhongkao. To accurately identify how well a student has grasped the concepts taught in class, the app’s performance evaluation system uses 1,080 labels to analyze the test data based on question types, difficulty levels and other metrics.

The learning and teaching is personalized. Students discover their specific weaknesses after each new lesson, and they get the relevant guidance. They can also redo the tests created by the app after having adjusted their learning to check whether the instruction was effective.

Explaining why the company chose the K7-9 math segment as its entry point into the Chinese edtech market,  the startup’s COO Tian said: “K7-9 students are entering the teenage rebellious phase that involves a lot of personal changes and uncertainties. Parents need something to help reassure them about their kids’ prospects of entering a good high school.

As to why students were able to greatly improve their math scores after using Intelligent Learning’s app, the company said the app had tested and prepared them, using questions similar to those in the actual national exam.

The success of Intelligent Learning’s question spotting got some education experts worried though. At the 2018 China Educators’ Annual Meeting, which focused on the future of education in China, and where the use of AI was a hot topic, the app’s predictive accuracy sparked debate. Critics said such apps would give the students using them an unfair advantage, while encouraging reliance on the app as a short cut to preparing for the exam, instead of regularly revising their studies.

Controversy aside, Intelligent Learning has continued to accelerate its expansion, partnering after-school tuition agencies with large networks countrywide. Besides a partnership with Alibaba-Zhejiang University Joint Institute of Frontier Technologies, the startup is also working with Gaosi, an after-school tutoring center with more than 7,000 branches in China, for them to use Intelligent Learning's evaluation system. 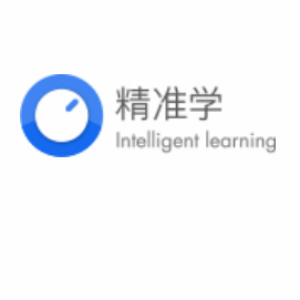 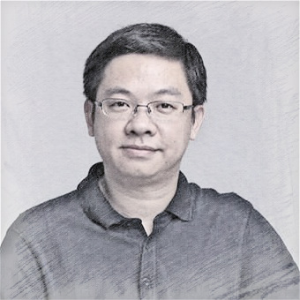 CEO and founder of Intelligent Learning 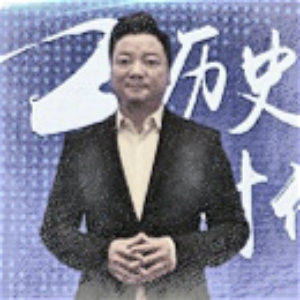 COO and co-founder of Intelligent Learning 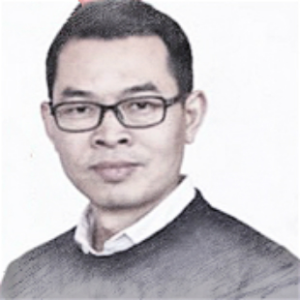 CTO and co-founder of Intelligent Learning 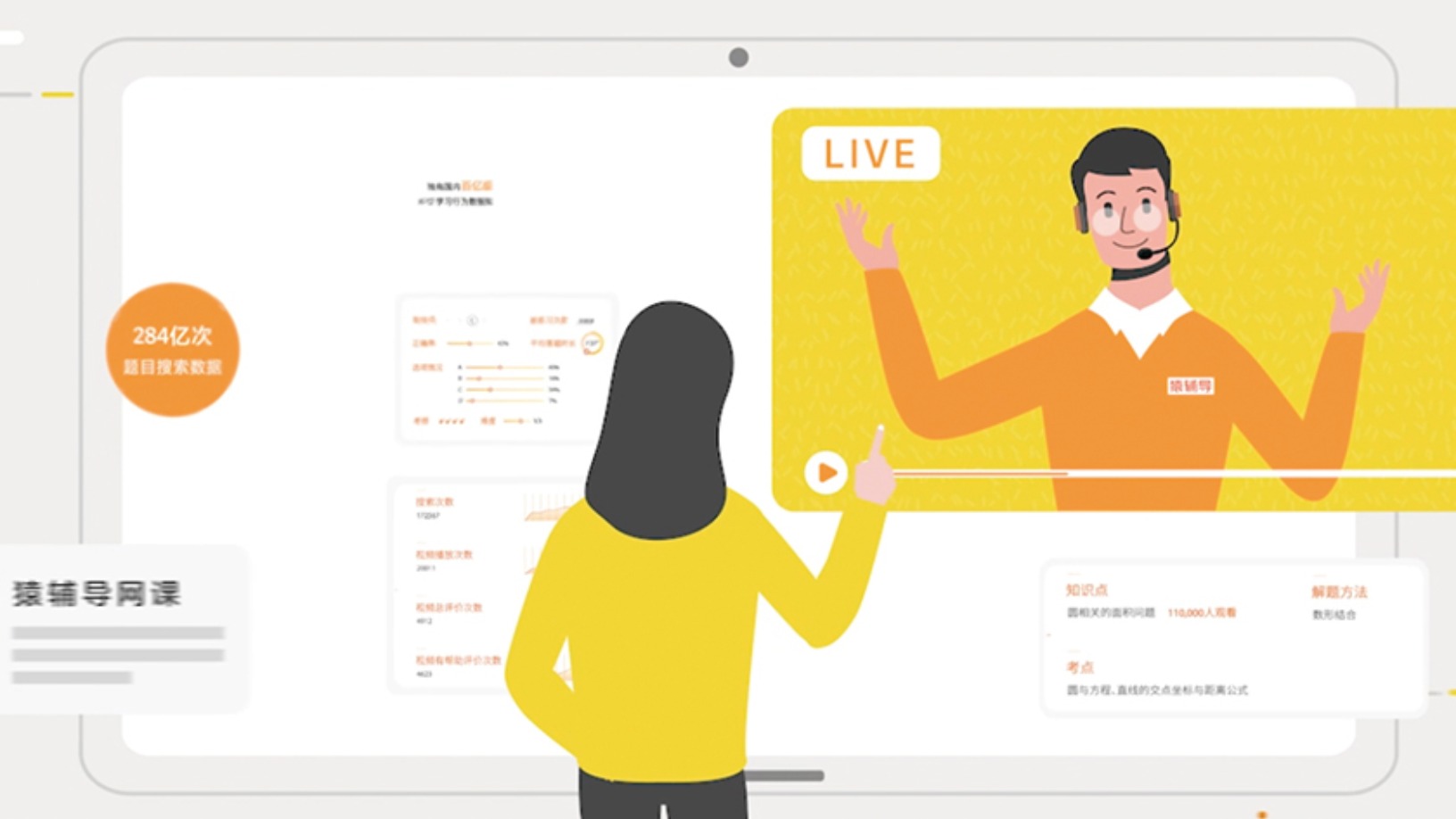 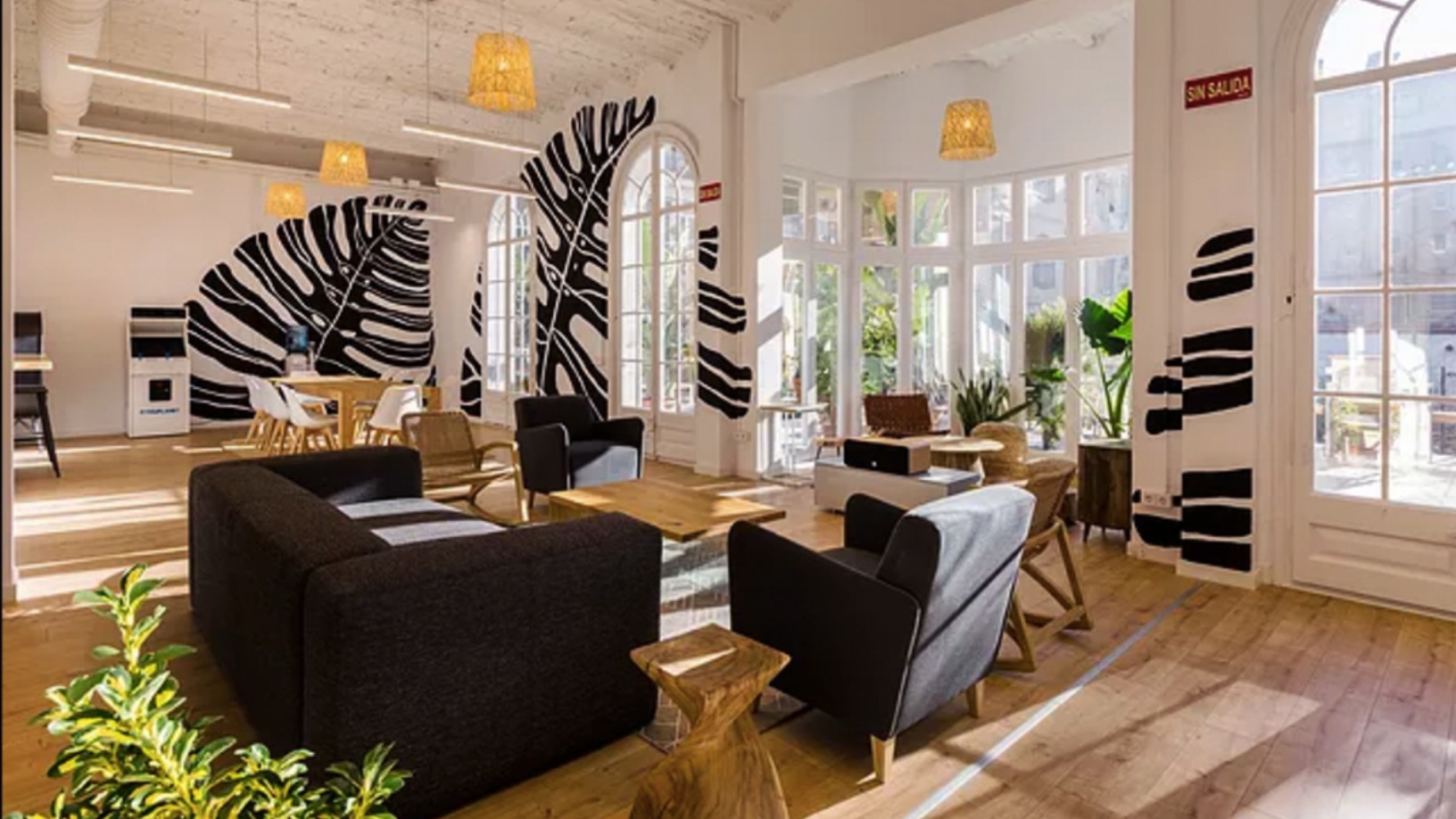 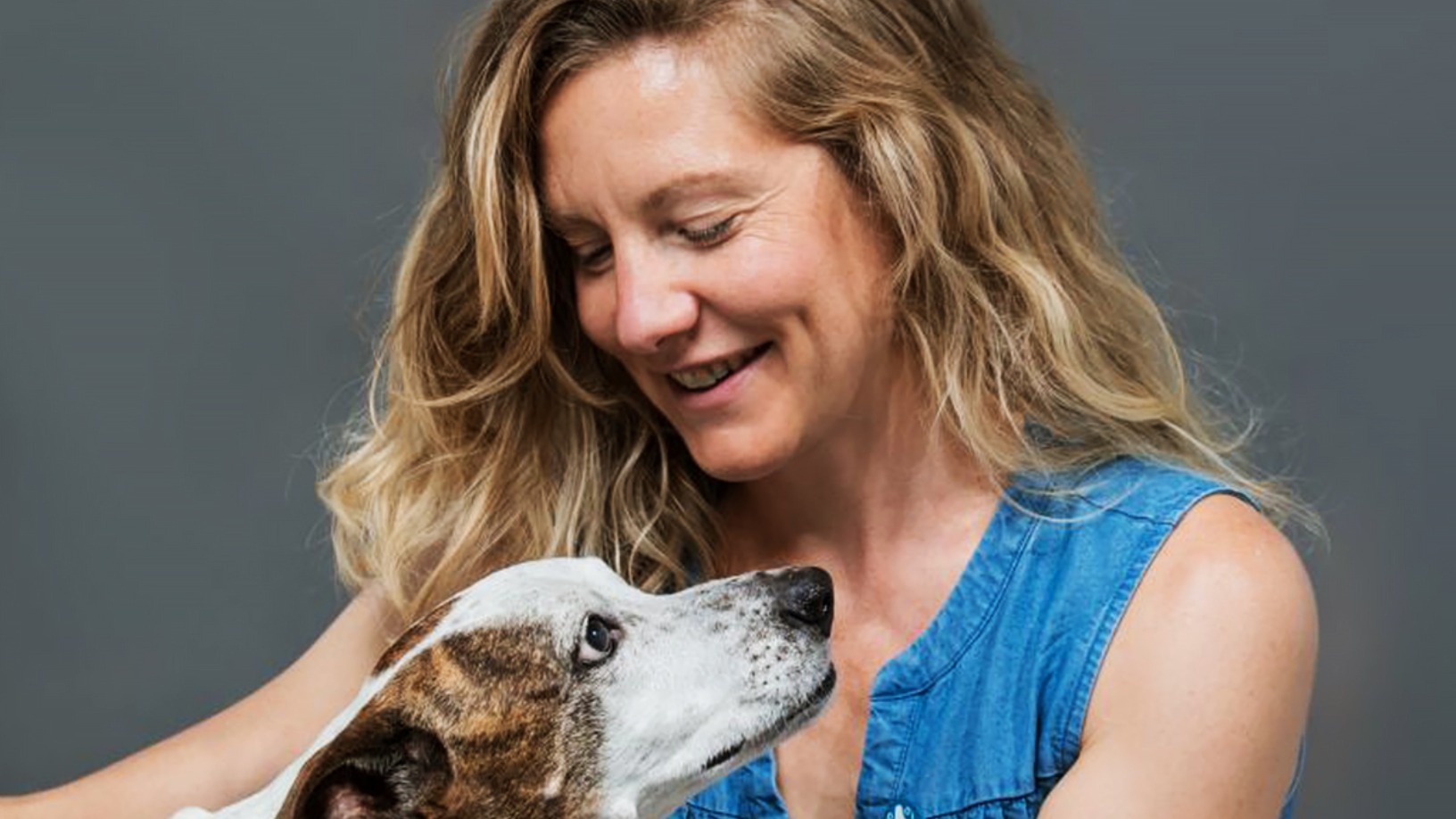