Chinese smartphone maker Smartisan launched its M1/M1L model in 2016. The new model included an innovative and useful feature called “Big Bang,” a text-editing AI tool that could accomplish complicated editing tasks - formerly only possible on PCs - on a mobile screen.

Capable of handling both English and Chinese language texts, Big Bang leverages semantic analysis techniques to analyze and break down lengthy paragraphs into key fragments or words. These distilled elements can then be searched, edited further or shared in other texts and applications.

This revolutionary tool was the brainchild of tech startup Trio.AI. Besides Smartisan, the two-year-old startup has established partnerships with some of the biggest Chinese companies, including Tencent, Baidu, China Mobile, Sina and Foxconn.

As big businesses race to incorporate AI into their products, it is no surprise that this cutting-edge Beijing-based startup clinched three rounds of funding totaling RMB 80 million within just one year of launching. Not only are venture capitalists betting big on Trio.AI’s future, listed corporations such as the financial software firm and Alibaba affiliate Hundsun Technologies, which participated in Trio.AI’s Series A funding and which is also one of its clients, are also eager to bag a stake in the startup, which might just be the future of AI.

The Chinese name of the company - “三角” - means triangle. Trio.AI’s logo features prominently an equilateral triangle. Just as the three sides of equal length combine to form the strongest and most stable geometric shape, the three co-founders, Wang Zhuoran and Qi Chao, the masterminds behind Baidu’s Xiaodu Robot and Microsoft’s chatbot XiaoIce, and Ma Yuchi, a veteran in marketing and business development, work together in a complementary manner.

Early in 2016, Wang realized that Natural Language Processing (NLP) technology was mature enough for commercial application and that market demand was huge. So he started Trio.AI to develop a Chinese dialogue system based on NLP and deep learning technology. These technologies have been used to perform specific language tasks such as speech recognition and human-chatbot communication, but which use, as of yet, has led primarily to confusion and misunderstanding.

To solve such problems, Trio.AI has prioritized semantic comprehension and delved into three key technologies: open-domain social dialogue, which is usually in the form of chat-like conversation; task-oriented dialogue, which is commonly used for online customer service; and cross-domain dialogue management, which facilitates natural segues between different topics. “While big companies in the voice interaction field are scaling out, we are scaling up,” says co-founder and COO Ma Yuchi.

In keeping with the company’s “three-sided” theme, Trio.AI has targeted three markets - enterprise services, the Internet of Things (IoT) and Anime, Comics and Games - to develop and sell its tailored solutions.

Trio.AI partnered with leading companies first, which proved to be a wise choice not only because big firms are more willing to invest in this uncharted sector, but also because their products and needs are representative. This strategy would help Trio.AI introduce standard products at a later stage. As an AI startup, Trio.AI needs large sums for its scientific research. The money made from doing custom work for leading companies helps the company survive.

As for its loT business, creating Big Bang for Smartisan was just the beginning. Today Trio.AI’s technology powers smartphones, smart homes and smart in-car systems. The AI market is expected to grow to US$1.4 trillion in 2021. As a result, Trio.AI’s partner list keeps growing longer, including some more of the industry’s biggest names: Xiaomi, Huawei and Weltmeister.

Last but not least, Trio.AI plans to bring gaming and anime characters and virtual idols to “life,” as well as create virtual avatars for celebrities to capitalize on the vast “fan economy” in China. Thanks to Trio.AI, it’s not hard to imagine that in the near future you might be able to have conversations with your favorite stars, in virtual form of course.

AI also made its way into China’s Government Work Report for the first time ever in 2017. The government rolled out the Next Generation Artificial Intelligence Development Plan in July 2017. China hopes to gain global AI supremacy by 2030: the country’s goal is to rival the US with a domestic AI industry worth at least RMB 1 trillion. Since the plan’s release, central and local government have provided the industry with significant financial and policy support.

AI, one of the hottest fields in tech, will soon be saturated with startups hoping to discover the next big thing. As a result, it will become harder and harder for an company like Trio.AI to stand out from the crowd. However, with a whopping RMB 110 million raised in Series B financing this May, Trio.AI is well placed to corner the market with its sophisticated technologies. 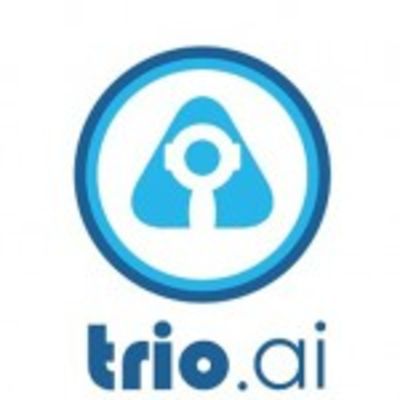 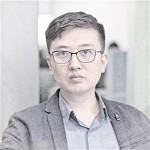 Co-founder and CEO of Trio.AI

Co-founder and CTO of Trio.AI 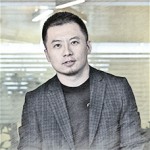 Co-founder, Chairperson and COO of Trio.AI