The decline of physical releases means that music fans buying records or streaming songs does not provide sufficient financial support for musicians. With their platform, Indonesian startup Kolase hopes to provide creative channels in which the artist-fan relationship can flourish in an exciting and mutually-beneficial way while also actually compensating the artists.

As its name suggests, Kolase aims to present a collage of transactional creative practices where fans and artists can build a supportive and lasting ecosystem. This is done through its website, which showcases various campaigns by musicians (and to a lesser-extent by writers and poets) where they present information on their goals, the funds they need and the rewards donators will receive in exchange.

The stated goals vary from a special live concert or an album with unique packaging, to a charity to raise money for the less-fortunate. A recent example of the latter was a campaign whose goal was to collect IDR 2m to purchase a cart to help a 76-year old woman working as a road-side sticky-rice seller. Though this type of crowdfunding is hosted, Kolase primarily markets itself as a music- and artist-based crowdfunding platform.

The rewards also come in various forms, from exclusive campaign recordings to T-shirts and other merchandise. The monetary goals for each crowdfunding project so far have ranged from IDR 8m to IDR 100m.

Kolase was started in 2018 by friends and business partners Raden Maulana and Dwi Santoso. Both had begun working together in 2014 in the music industry, focusing on the distribution of CDs through less-conventional channels such as partnership with the logistics courier services company Jalur Nugraha Ekakurir (JNE). Though initially successful, the pair realised in late 2017 that the declining sales of physical music was too hard to combat.

Inspired by popular American crowdfunding websites such as Kickstarter and Indiegogo – both often used by creative types – Maulana and Santoso decided to pivot into creating such a platform. As a former band player himself, Maulana was also experienced in the many struggles of musicians to survive and the creative ways contemporary artists have to promote themselves today.

According to Maulana, the way contemporary music fans express their passion for musicians is through social media interaction, which has also builds closeness (albeit a virtual) between fans and artists.

“Fans these days are different from fans pre-internet, who showed their support through buying records,” says Maulana. "These days, the interaction goes both way, and an artist must often engage in direct communication with their fans – not just rely on one-way communication like performing on a TV show."

Modern fans, he says, want that sense of instant and close interaction.

Kolase sees "enormous potential" in the music-focused crowdfunding market in Indonesia. He believes that music fans have made it clear they are less interested in being steered towards certain acts promoted by the industry and enjoy being loyal to musicians they have discovered organically.

According to Maulana, “80% of the music industry in Indonesia is still controlled by record companies.” For him,  Kolase exists to "disrupt record companies and the industry they have created." He says that the website has grown organically for the most part.

Although Kolase promotes its brand through involvement in music events as sponsors and participants, Maulana says that most of the growth comes from repeat donators who enjoyed the experience of promoting musicians they are fans of and sharing that excitement with friends, who also donate.

For now Kolase is bootstrapped, though both Maulana and Santoso say they welcome investors who share the same vision.

Kolase takes a 10% cut on every non-target based campaign on its website. Target-based campaigns are campaigns where a certain amount has to be reached for it to be considered a success. If the campaign does not reach its target, donors receive their donations back and the goal is cancelled.

So far, the majority of the campaigns have been successful, with 2019 being its biggest year and a total of IDR 1.6bn raised in total donations. More than 15,000 people have subscribed to the website, meaning they have donated and signed up to its mailing list.

Amid the Covid-19 home confinements, Kolase has also started a crowdfunding campaign, “Bikin Nyata Di Rumah” (Make it real at home), for virtual collaboration from various musicians. Some are offering songs, and some are selling new, even old, merchandise. Kolase’s VP of Business Development Wisnu Wicaksana told CompassList that he was surprised by the efforts the musicians have put into the campaign, in particular the bands who dug out old merchandise to attract crowdfunders.

Kolase relies heavily on the relationships it has built with venues, merchandisers and sound-system vendors, with ticketing managers and with production houses. Having these relationships gives them the edge over other more popular and less niche crowdfunding websites in the country in attracting musicians. For example, it lets musicians know that starting a live concert campaign will be relatively easy, as Kolase has all the necessary technical aspects covered.

The success of a campaign depends heavily on how hard the artists promote the campaign. Maulana says its about being proactive and not being hesitant to build that two-way communication with fans.

One example of failure was Padi, one of the most popular Indonesian bands. "They did nothing to promote their live show campaign and it totally bombed, barely receiving any donations," says Maulana. The concert was canceled.

At the other end of the spectrum is Mocca. The retro pop band's campaign for a charity single, Rumah Teduh (a hospital for the less-fortunate) raised IDR 13m. Ahmad Pratama, the band's bass player, said that Kolase is successful because its founders understand the music industry: "They are inside the pipeline of the music industry ecosystem. They know the music community and how things work. That is a big reason why our campaign was successful."

Maulana is passionate when talking about the need for contemporary artists to go out there and hustle.

The Store Front: Striving to disrupt streaming with just rewards for musicians 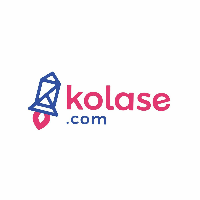 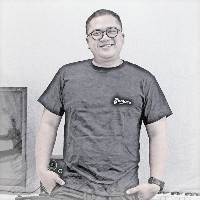 CPO and co-founder of Kolase

CEO and co-founder of Kolase