Now better known as TikTok, the original Musical.ly was the only Chinese social app to have cracked the Western market – before it got snapped up by Bytedance and joined its stable of short video apps

It’s taken the US and Europe by storm but Musical.ly, the video-based social media app beloved by tweens and teenagers, was having trouble replicating that success back home in China.

That’s about to change though. Last week, Beijing-based Bytedance, a fast-rising media group and the owner of China’s biggest news aggregator Toutiao, announced its acquisition of Musical.ly in a deal reportedly in the US$800 million-to-US$1 billion range.

The union will advance the reach of both businesses, both within China and overseas. Toutiao alone boasts of 120 million daily active users, while Musical.ly has about 60 million. Bytedance’s stable of companies also includes Douyin, a Musical.ly rival (but more popular in China) and its overseas version Tik Tok; India’s No. 1 news app Dailyhunt; and Flipagram in the US.

Musical.ly will continue to operate independently after the deal, while integrating Bytedance’s proprietary AI technology that powers the customized news feeds behind Toutiao's success.

Fans use Musical.ly to create short videos of up to 1 minute set to music, in which they lip-sync and dance, as well as apply various speed options, filters and other effects, before sharing the videos. They can also browse "musers" (popular users or influencers on Musical.ly) for trending content, songs, sounds and hashtags.

They may have produced a big hit, but the team behind Musical.ly are no strangers to struggle and failure.

In 2014, they were working on a P2P education app for months. But by June, with less than 10% of their funds (US$250,000 raised from venture capitalists) left, it had become apparent that the product was doomed to fail.

It was around this time that co-founder and co-CEO Alex Zhu was riding on a train from San Francisco to Mountain View, in an understandably rather gloomy mood, when he saw a group of rowdy teenagers on board singing merrily while taking selfies and videos.

That proved to be his eureka moment – thus the idea of an app combining music and video was born. With their funds fast running out, the team rushed to complete the prototype in 30 days. By July, Musical.ly was launched.

The new app was well received, getting about 500 daily downloads and strong retention. But the team’s woes were far from over. Not only were they not making any revenue from Musical.ly, they soon realized they had a design problem too: the Musical.ly logo was cropped out when their videos were shared on Facebook, Instagram and Twitter, so the public had no idea Musical.ly was the app behind those videos.

That was soon fixed. Musical.ly soared to the No.1 spot in the Apple App Store in July 2015 – a popularity it has maintained today, with more than 220 million downloads and having topped the same chart in 30 countries. It last raised a Series C round of financing worth US$100 million in May 2016, at a valuation of US$500 million. Investors in Musical.ly include GGV Capital, Qiming Venture Partners and Greylock Partners.

Musical.ly’s innovation extends to its income model too. First, it’s come up with a system of virtual coins to “tip” musers, who earn 50% of the spending by fans/users, while the company gets 20% and the remaining 30% goes to Apple or Google as platform fees.

Advertising is another revenue spinner. For instance, its campaign for Coca-Cola generated 1 million videos in just 12 days; other campaigns include that for the movie Nerve and the casting for MTV’s My Super Sweet 16.

It’s also creating original video series starring musers with Hearst Magazines Digital Media under its Seventeen magazine, NBCUniversal under E!umbrela and Viacom. They will be launched live on Musical.ly free of charge and ads, which is also a move by the company to test its revenue-generating capabilities.

And there’s more on the cards, including musers concert tours in 20 US cities and joint talent scouting with broadcasting stations and music labels. To reach more geographical territories and enlarge its music pool, Musical.ly has inked partnerships with Warner Music, 7digital and Apple, so users can stream and buy the songs used in their videos. Namely, its agreement with Apple has given Musical.ly the music licensing rights in 120 territories. Further integration with Apple for new features is also part of the partnership.

Not surprisingly, China, with some 650 million social media users expected by 2020, was next on Musical.ly’s horizon. It recently entered the market repackaged as the catchier, easy-to-pronounce Muse, linking with the nation’s most popular social media platforms Weibo, WeChat and QQ, so users can log in directly from those accounts.

The Shanghai-based startup also leveraged celebrity power: the popular music and movie star Kris Wu opened a Muse account in June. The 27-year-old idol, who has more than 20 million followers on Weibo, has posted only four videos so far but has already attracted 1.1 million followers. Other clever marketing deals have involved the actor and singer Lu Han and Sing! China, the hit reality TV singing contest.

Still, those results pale in comparison with the 20 million downloads achieved by Douyin as of July 2017. Douyin has also begun expanding to other parts of East Asia.

Hence Musical.ly’s union with Bytedance will be a much-needed boost to its China ambitions. The world’s most populous nation has maintained a closed ecosystem where social media is concerned, incubating local giants like WeChat and Weibo while remaining out of reach for foreign players like Facebook, Instagram, Twitter and Snapchat. Will Musical.ly be the first social network to break down all national boundaries? 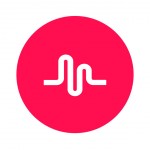 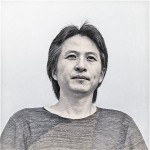 Co-founder and Co-CEO of Musical.ly

RECOMMENDED
Movers and Shakers
Zhang Yiming: The man who said no to Baidu, Alibaba and Tencent