JUST Egg, Eat JUST’s star product, is a liquid version of eggs made of protein-rich mung bean and turmeric coloring. The San-Francisco based startup also sells plant-based egg folded patties that can be heated up in a toaster, microwave or pan. JUST’s products are retailed in the US, Singapore, Hong Kong and Macau.

According to the startup, compared with traditional farmed eggs, JUST Egg requires 70% less water to produce and reduces CO2 emissions by 40%. The startup recently announced a frozen version of JUST Egg, available in April 2021 at retailers. Selling across major Asian e-commerce platforms such as WeChat, Alibaba, JD.com and Tmall, Eat JUST is building its own production facility in mainland China, where demand for plant-based food is growing strongly.

Why is it on our radar? At the beginning of 2019, in less than three months after its commercial launch, sales of JUST Egg rose to 30% of all purchased units in the liquid egg category, establishing the brand as one of the top-selling liquid egg products in US grocery stores.

The startup was also among the first major US foodtech players to enter the Chinese market last year. China is, by far, the world’s biggest producer of eggs, accounting for 34% of the world’s total chicken farmed eggs. Like other big players in the plant-based meat sector, such as Impossible Food and Beyond Meat, Eat JUST is aggressively targeting Asian expansion. According to CEO Josh Tetrick, the startup is already eyeing an IPO, following in the footsteps of Beyond Meat.

Zero Egg is an Israeli startup selling plant-based egg alternatives in powder form. Its product line includes a basic formula and a backing one. Zero Egg is currently available in Israel and the Netherlands, and recently launched in the US through B2B channels, co-manufacturing its products in Tennessee and distributing them through Gordon Food Service.

Zero Egg says it uses 93% less water to produce and with a 59% reduction in CO2 emissions, compared with ordinary eggs. Made of a mix of legumes and vegetable proteins, Zero Egg yields the equivalent of 86 shell eggs per pound and has a one-year shelf life, making it easier to store and handle than laid eggs. The company recently raised Series A funding of $5m led by Powerplant Ventures, along with previous investors Unovis Asset Management, New Crop Capital and Strauss Group and The Kitchen Hub from its $3m seed round.

Why is it on our radar? The company, which has so far supplied to food manufacturers and restaurants, will be focusing on general retail, using its recent capital injection to support expansion across the US. Dollar sales of plant-based foods in the US grew 29% between 2017 and 2019, with plant-based eggs in the fastest-growing segment as Americans consume nearly 100bn eggs every year. In a space with still fairly limited competition, Zero Egg’s ambition to crack the US consumer plant-based egg market seems likely to succeed.

OnlyEg is the first plant-based whole egg, developed by Singapore’s Float Foods, whose vision is to move beyond eggs, developing an entire range of plant-based products that cater to Asian consumers.

“We went into plant-based foods because we believed it was the cleanest, most straightforward way for Singapore to be self-reliant and create its own produce,” co-founder Vinita Choolani said. The startup is still in midst of prototyping OnlyEg, tweaking mainly the nutritional components and planning a commercial launch in 2022.

Float Foods is also aiming to close a Series A funding round, seeking new strategic investors to join its board. It’s counting on top-notch support from the state Agency for Science, Technology and Research (A*STAR), the Singapore Institute of Food and Biotechnology Innovation, food incubator Innovate 360 and the Singapore Polytechnic Food Innovation and Resource Centre in its R&D efforts and speeding up the product’s time to market.

Why is it on our radar? Eggs play a big role in Asian cooking, hence the capacity to provide an egg alternative that reproduces the natural shape of traditional shell eggs will be a big differentiator for OnlyEg when it breaks into the Asian market. Singapore, where Float Foods is based, is also driving food- and agritech innovation in a big way, to meet its “30 by 30” national goal of producing 30% of its nutritional needs by 2030, so it reduces its heavy reliance on food imports. The island city-state currently consumes almost 2bn chicken eggs annually, with nearly 70% of those imported from Malaysia. As an early mover in the plant-based egg segment and currently Asia’s sole producer of a whole plant-based egg, Float Foods has the potential to play a major role in Singapore’s food plan in the years to come.

EVO Foods is a Mumbai-based startup harnessing biotechnology to develop plant-based liquid eggs derived from lentils. The company is still tweaking its first prototype to prolong the shelf life, which is currently six months in refrigeration. It is yet to improve the product’s taste and nutritional properties.

The startup has been backed by industry giants and some of the most prominent angel investors in the plant-based ecosystem such as serial entrepreneur Stephanie Downs, VegInvest, Big Idea Ventures, founder of Singapore’s cell-based seafood startup Shiok Meats Sandhya Sriram and angel investor Ryan Bethencourt. Bethencourt, who also joined the startup’s board as advisor, is co-founder and CEO of clean protein pet food company Wild Earth, and former program director at biotech accelerator and fund IndieBio.

Why is it on our radar? India, with a production of 100bn eggs a year, represents a huge market. Furthermore, according to a study by Ipsos, about 63% of Indians are inclined to choose plant-based foods. India also has great crop biodiversity, the startup notes. “We want to explore and use these proteins readily available to produce affordable and high quality products for the rest of the world​,” said its COO and co-founder Shraddha Bhansali.

Oggs is a UK-based startup that claims to have developed the world’s first patented plant-based liquid egg as replacement in home baking. Made of chickpea aquafaba, a 200ml carton of Oggs contains the equivalent of four eggs. Oggs retails from £12 to £33, depending on the pack size. The startup currently sells through its website as well as in UK supermarkets such as Sainsbury’s Waitrose and ASDA.

According to founder Hannah Carter, the startup has already achieved its target of zero wastage at the manufacturing and supply chain stages, through partnerships with food manufacturers to reuse the cooked chickpeas so they don’t go to waste. To date, Oggs has secured £325,000 from angel investors and is looking to sign new collaborations with food manufacturers to expand its success in retail. Moving forward, Carter is eager to explore new aquafaba applications moving beyond food, into toiletries and cosmetics, for example.

Why is it on our radar? Over the past years, and especially during the Covid-19 pandemic, the UK vegan market has been growing strongly and is the largest in Europe. The industry is estimated to be worth £443m with 33% more consumers buying plant-based food between 2014 and 2017.

Download
RECOMMENDED
The Big Picture
Plant-based eggs: The next big thing in the alternative protein market 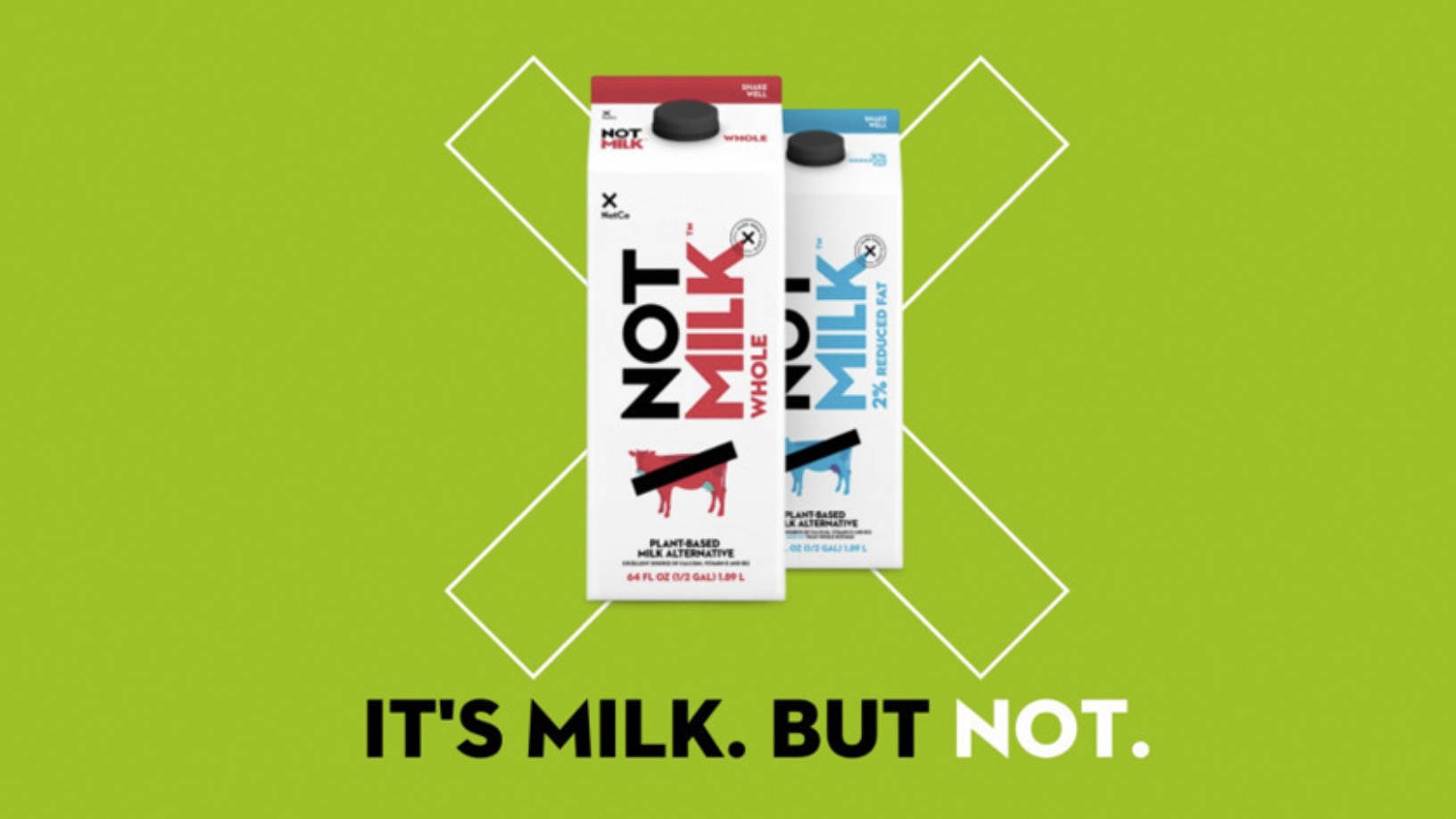 The Big Picture
Can Indonesia plug its tech talent gap to keep its digital economy growing?