Once the epitome of China’s O2O social commerce success, Xiaohongshu (RED) tries to reinvent itself amid challenges from internet giants, influencers and short videos

When Xiaohongshu ("Little Red Book") was launched in 2013, many Chinese who wanted to buy fancy foreign goods did not know what to buy or where to go. They turned to friends or family living or traveling abroad or professional buyers outside China, who made a living by purchasing popular products for customers in China.

To cater to their needs, Xiaohongshu, which later rebranded itself as RED outside of China, built a modest social media platform on which any registered user could post product reviews, shopping and travel trips. It was so popular that within a year, it amassed over 220m registered users, including local celebrities.

Users trusted what their peers or influencers recommended on the platform. “Xiaoshuhong is so real, so are those videos and product reviews. Its users are trustworthy,” said one user. For another user,  Xiaohongshu was her first port of call when she wanted to buy washing powder. “I knew it would give me what I really need, not just stuff advertised on TV commercials.”

Today, Xiaohongshu is a unicorn valued at $6bn and has grown into a popular social e-commerce platform where users, over 85% of whom are females, share product reviews and shopping experiences and brands and stores promote their products through influencers.

With over 300m users and 100m monthly active users (MAU) at its peak, the startup was making waves. Chinese tech giants Alibaba and Tencent, which usually bet against each other by investing in rival startups, participated in Xiaohongshu’s RMB 2bn Series D funding round in June 2018.

However, in January this year, Xiaohongshu's came under a cloud when it closed its only two offline stores in Shanghai less than two years after they were opened, but the company was merely adjusting its business strategy and re-positioning.

Consumerism slangs in China include the term “planting grass” to describe the process of displaying or showing a product to someone to make the person want it. The desire to own the product can only be satisfied by purchasing the item, which is referred to as “pulling out the grass.”

However, the e-commerce business was not smooth sailing. First, Xiaohongshu tried buying and reselling every product directly to users. Then it introduced more third-party e-shops by retail brands to the platform. Either way, the goods available on the platform were not enough to meet its claim that it will have “all things a young person might need.”

Xiaohongshu needed to build its supply chain and logistics network from scratch. The cost to build a one-stop e-commerce platform like Taobao or JD.com turned out to be much higher than expected. The fierce competition did not help. With internet giants Alibaba, JD.com, Netease and some newly founded Internet platforms like Mogujie joining the fight, Xiaohongshu faced intense pressure to provide a product at a competitive price.

As its foray into traditional e-commerce business was unsustainable, Xiaohongshu started to adjust its business strategy.

Soon after securing the RMB 2bn Series D funding in June 2018, Xiaohongshu opened physical stores in Shanghai, Ningbo, Suzhou and Changzhou, most of which are profitable. Later that year, it began selling advertisements on its platform, which, according to Xiaohongshu, formed a sizable chunk of  its revenue.

In December 2018, Xiaohongshu adapted its e-commerce business model by launching the Brand Partner Platform within its app. Partner brands can now directly employ influencers on the platform to write product reviews and market their products in their flagship online stores, also on the platform.

Influencers can also add purchase links in their product reviews to direct followers to the online stores of brands mentioned on Xiaohongshu and take a cut from the sales. As the platform provider, Xiaohongshu takes a service fee for connecting influencers with brands on the Brand Partner Platform, which, in just over 12 months, attracted 29,000 brands from 23 industries,

In January this year, Xiaohongshu upgraded the Brand Partner Platform to an Enterprise Partner Platform. Instead of only trademarked brands, merchants of different sizes, like a local beauty salon, can sell on the platform as long as they have a valid business operating license.

The Enterprise Partner Platform also offers several features at no cost, such as data analytics to enable enterprises to better understand their customers and improve their product and service offerings.

Meanwhile, Xiaohongshu had to deal with the bane of most social media platforms – fake content.

In order to attract traffic and drive sales, some brands and influencers paid users to post fake content. “Now there are so many fake reviews on Xiaohongshu,” said one user.  The company acted by removing fake posts. By December last year, it had deleted 4.43m fake posts.

Xiaohongshu also had to deal with government crackdown on “harmful” online content. From July to October last year, its app was removed from app stores in China, resulting in a loss of nearly 20m MAUs. Chinese media outlets speculated that inappropriate content and fake advertising may have been the reason.

Xiaohongshu also faces stiff competition in the area of influencer marketing. China’s largest e-marketplace Taobao is building its live commerce platform where influencers can engage customers through live-streaming and sell them various products. Douyin, the domestic equivalent of TikTok, is another top platform for influencer marketing, with around 4m daily active users.

However, Xiaohongshu is not about to give up easily. It is now prioritizing the creation of high-end content by incubating influencers.  Just before closing its Shanghai stores, it introduced the Content Creator Center for influencers who have at least 5,000 followers and have generated more than 10 pieces of product reviews -– called “diaries” – with over 2,000 views each. The center provides these influencers free tools for fans analytics and comment management.

China new retail: A blend of the best of online and offline shopping 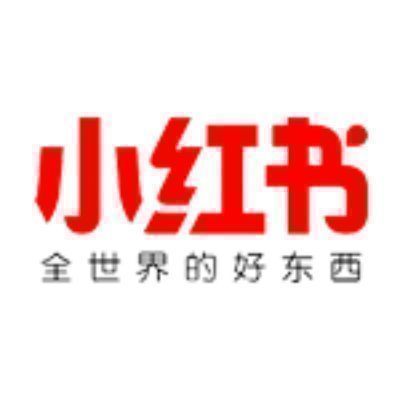 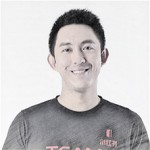 CEO and Founder of Xiaohongshu (RED) 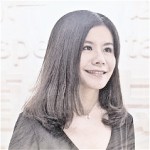