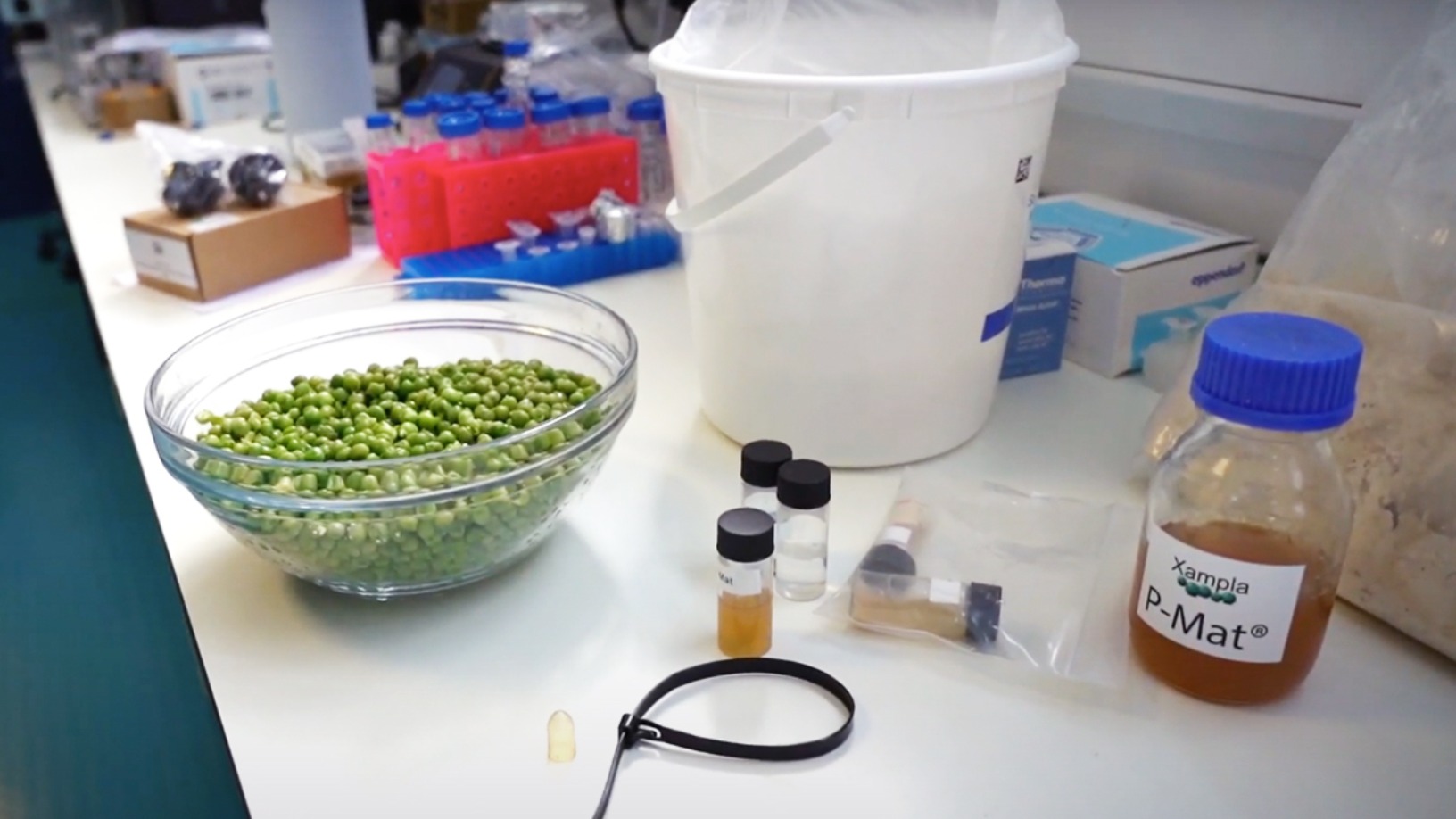 Inspired by the strength of spider silk, the Cambridge University spinoff has produced a plant-based, completely compostable alternative to microplastics

Spiders' silk is highly elastic, yet weight-for-weight stronger than steel. This seeming contradiction has long fascinated scientists, but a biophysicist went one step further, proposing that the silken threads would be a potentially ideal substitute for plastic, if its properties and production could be mimicked and scaled.

“Spiders can form a high-performance material with minimal external energy input; there is almost no weight, and the processing happens at room temperature without using harmful solvents,” Cambridge University Professor of Physical Chemistry and Biophysics Tuomas Knowles said, contrasting the spider’s process to the contaminating, energy-intensive production of man-made plastics.

But since it would be impossible to use spiders on an industrial scale, Knowles looked to source another natural material found in abundance that could be used to replicate spiders' silk. After 15 years of research, Knowles and postgraduate proteins researcher Marc Rodriguez Garcia recreated the process in a lab, using pea protein to produce an alternative to single-use plastic. Together with cleantech entrepreneur Simon Hombersley, Knowles and Rodriguez co-founded Xampla in late 2018, taking their research to market as a Cambridge University spinoff.

Xampla will commercialize its first product – microcapsules made from plant protein – early next year, as a sustainable alternative to the microplastics used in thousands of fragrance formulations in cosmetics and cleaning products like fabric softeners that are contaminating waterways and oceans. More plastic by weight than fish is predicted to be in the oceans by 2050, with microplastics present throughout the food chain.

The startup is the first UK university spinoff to be certified B Corp, which recognizes profit-seeking businesses that meet certain standards of transparency, responsibility and sustainability. In 2020, the company appointed Jeff Seabright, former Chief Sustainability Officer of Unilever, as Chair of its board. The UK multinational is also one of the biggest potential customers for Xampla's products.

To date, Xampla has attracted a total of £8.2m in funding. In January 2021, it secured seed financing of £6.2m from returning investors, led by Hong-Kong-based Horizons Ventures, owned by billionaire Li Ka-shing. The round saw the continued participation of London's Amadeus Capital Partners, the early backers of Zoom; Cambridge Enterprise, which exclusively backs the university’s spinoffs focused on social impact; and Sky Ocean Ventures, the investment arm of the media giant.

The funding has gone toward scaling, including hiring and commercialization, and was raised less than a year after Xampla's £2m pre-seed round. That round saw the participation of the University of Cambridge Enterprise Fund VI, managed by Parkwalk, a specialist investor in deeptech spinoffs created at UK universities.

Xampla’s experiments with pea protein isolate found that strong and flexible material could only be created through a Supramolecular Engineered Protein (SEP), which the startup has patented. Besides being entirely compostable in the natural environment in a matter of days and is edible for ocean life, SEP also has the structural properties of spider silk.

Protein isolate, water and acetic acid are the only raw materials needed to make SEP. Plant proteins, being insoluble, are first converted into a densely packed gel structure, using ultrasound and temperatures of at least 90°C. Xampla gave this structure solubility, so that the contact between the proteins can be broken to form independent protein molecules with highly controlled properties. Earlier research into using plant-based protein in plastic applications had stalled because they failed to achieve solubility.

Those independent molecules are triggered via hydrogen bonding to self-assemble into SEP. The SEP gel is then heated at room temperature over three days, creating a film. Using thermal welding – heat from a chemical reaction to produce coalescence – SEP can be structured into commercially viable 3D shapes such as laundry detergent pods.

SEP's properties remove the need for solvents or non-biodegradable materials, which many other plastic alternatives currently use. According to Xampla, other common proteins, including soy, can be used instead of pea, but the alternatives have higher carbon footprints. In the future, the startup hopes to source its protein from agro-processing wastes, resulting in even lower costs and carbon footprints.

The co-founders' original research on how spider silk can be so strong with such weak molecular bonds was published in June 2021 in the scientific journal Nature Communications.

Besides their entirely compostable nature, strength and flexibility, the easy availability and low cost of plant-based proteins were key attractions when Xampla looked for the optimal ingredient to create a substitute for plastics.

According to a Xampla internal white paper on its technology, SEP is the “only material that is produced from an abundant and sustainably derived raw material, which means it is the first high-performance bio-based and biodegradable material that can be produced at scale, capable of meeting high-volume commercial application requirements.”

Currently, many biodegradable plastics require industrial processes to compost and, all too often, still end up breaking down into microplastics in the ocean. The EU is gradually phasing out single-use plastics. Its European Chemicals Agency has found that microplastics equivalent to 10bn plastic bottles are being released into the environment in Europe alone every year. In the UK, about 40 companies responsible for more than 80% of plastic packaging sold nationally have committed to ensuring that all packaging is reusable, recyclable or compostable by 2025.

Xampla has used its SEP to make other robust plastic alternatives for single and multiple uses. These include sachets, capsule holders, films, gel shells, resins, microbeads, emulsifiers and threads, all of which it plans to commercialize. Xampla says its sustainable microcapsule alternative will, for the moment, operate alone in a market worth €12.2bn annually, where there are more than 24,000 formulations in the area of cosmetics alone.

While Rodríguez and Hombersely continue to grow the 24-strong team at Xampla, Knowles has retained his professorship at Cambridge University and continues to research proteins there, albeit in the area of human health. Meanwhile, his co-founders' key objective is to turn the one-off research project in spider's silk into one of the world’s major plastics solutions companies by 2040. 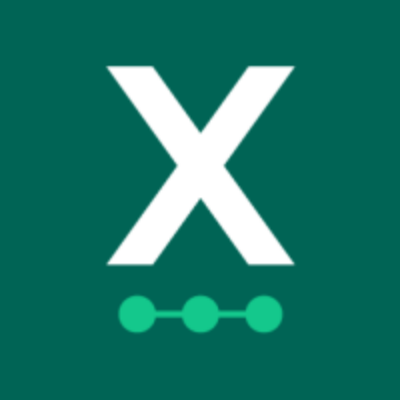 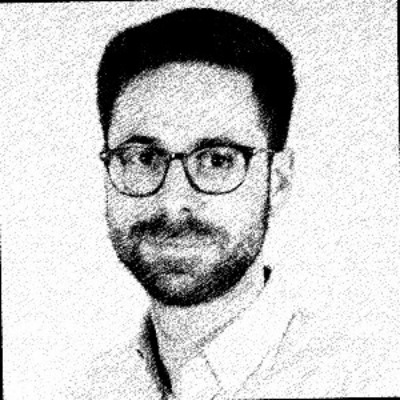 Head of Research, co-founder of Xampla 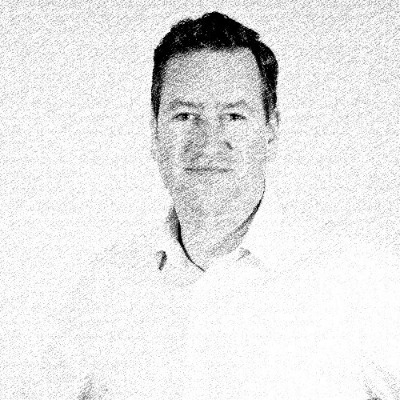 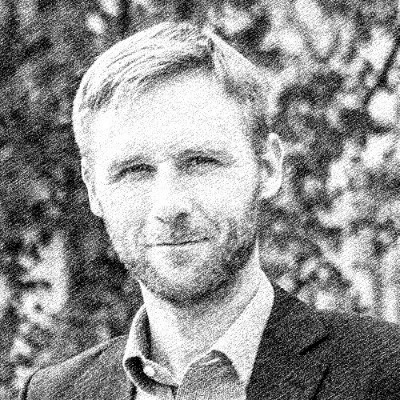 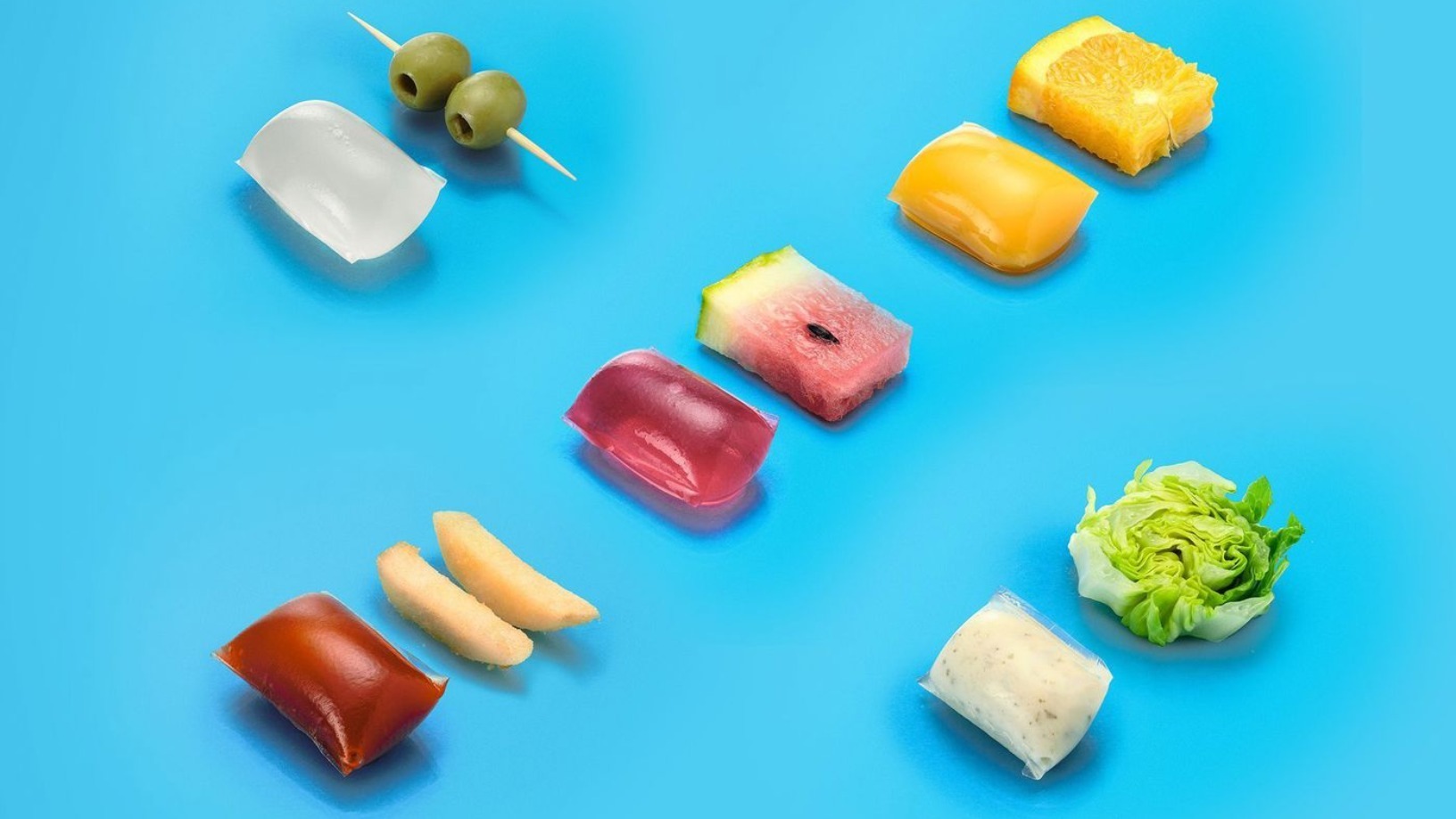 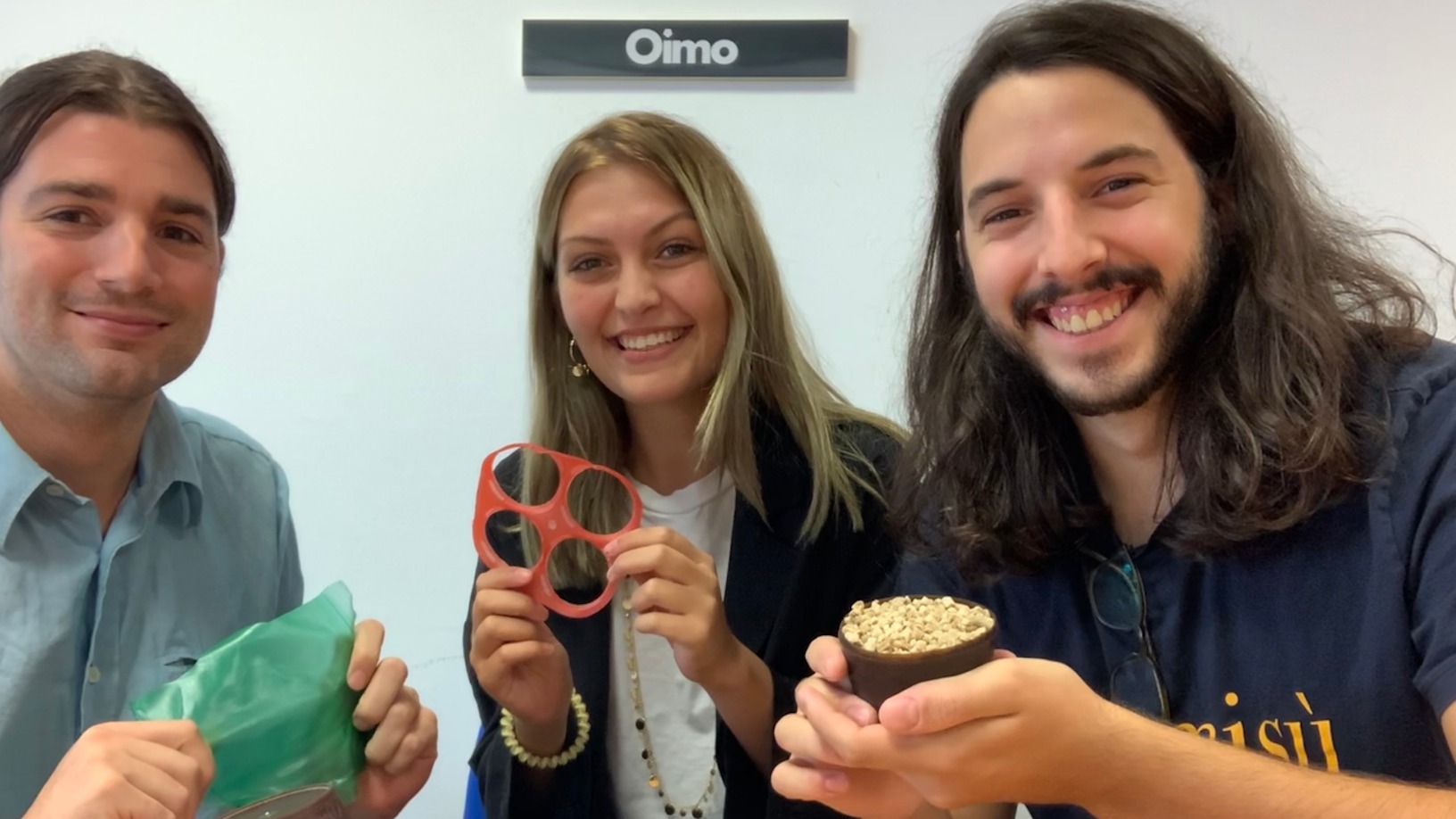 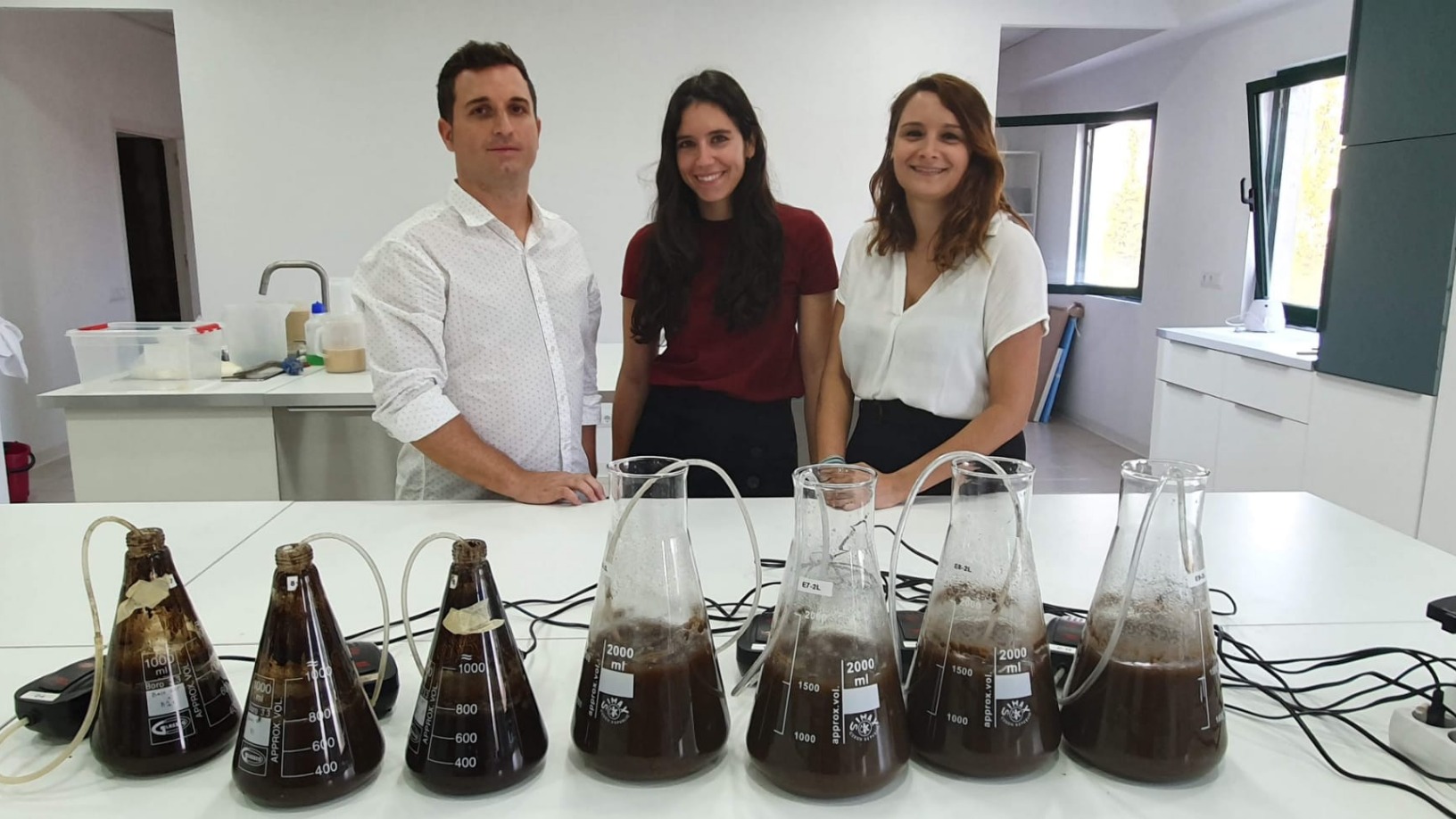 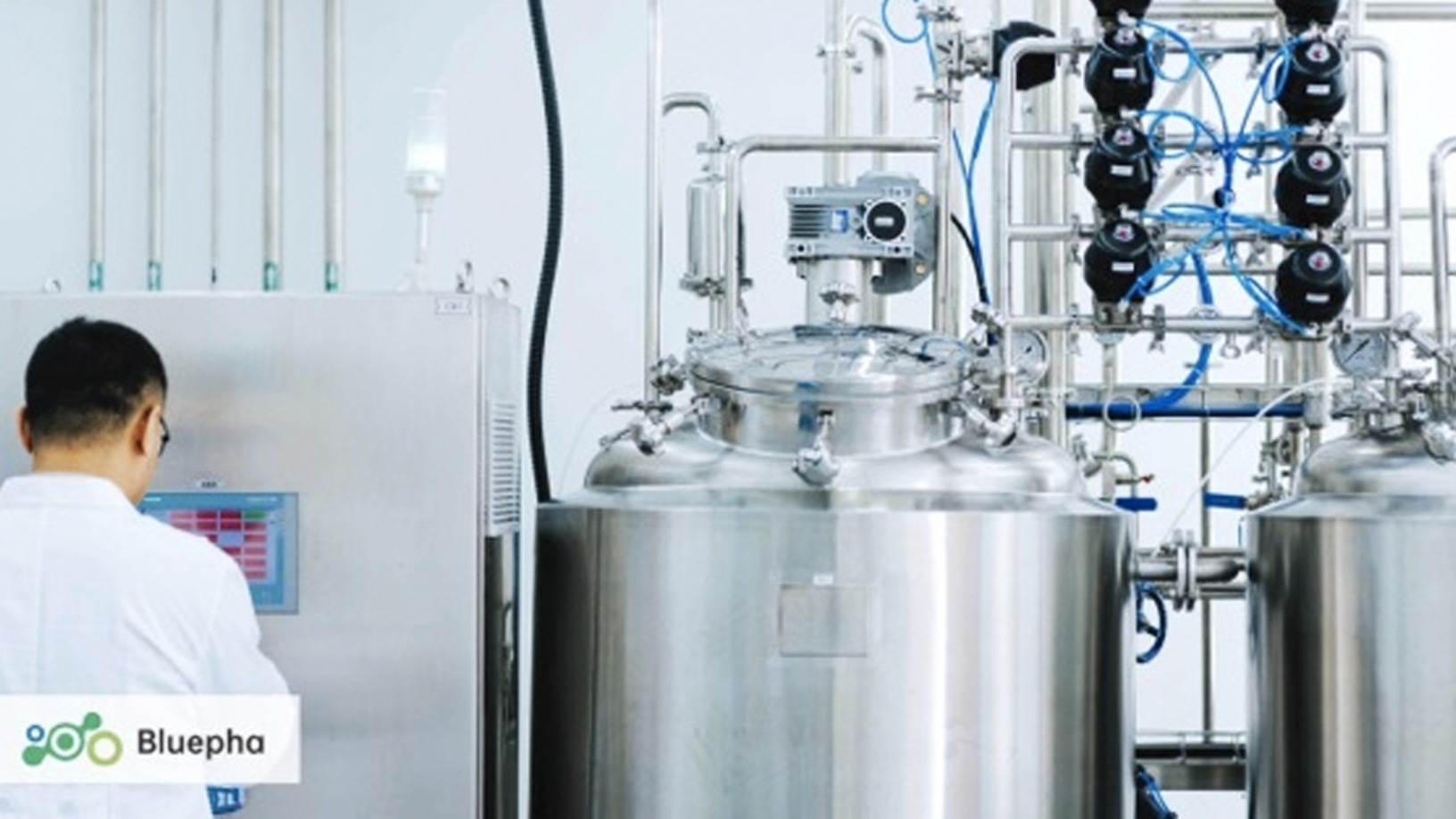