For the longest time, perishable foods and medicine were moved by diesel trucks and container vehicles, the worst culprits of air pollution on the roads. Porto-based Addvolt wants to turn these refrigerated vehicles into greener ones, with the world's first renewable energy plug-in electrical system for such transportation.

Its technology uses a combination of solar and kinetic energy produced from a vehicle's braking system, allowing trucks to switch the power supply for refrigeration from diesel to electricity. About 24% of a truck’s diesel consumption goes toward powering its refrigeration unit.

Logistics operator HAVI Portugal installed AddVolt’s system in its fleet operating in Lisbon city center and found that it reaped savings of more than 6,000 liters of diesel and 16.5 tons of CO2 emissions in 2019 as a result. The vehicles, since qualified as “green” vehicles with the AddVolt system, were also be able to enter the low-carbon emission areas that Lisbon, like many other European city centers, is increasingly enforcing to improve air quality.

Costs will be greatly reduced, too. Addvolt estimates that its up to 500 liters of diesel fuel can be saved monthly and the system can reduce maintenance costs by 50% by avoiding the use of diesel engines.

Addvolt currently operates in Portugal, Spain, Germany, France and the Netherlands, with clients including major haulage companies HAVI Portugal, the German Mercedes-Benz CharterWay, STS Kühlfahrzeuge and TKV. Germany has the second-largest truck fleet in the EU, which counts 1.1m refrigerated trucks on its roads.

Earlier this year, two of Addvolt’s co-founders, CEO Bruno Azevedo and Chief Commercial Officer Rodrigo Pires, were named to the Forbes 30 Under 30 list of top young entrepreneurs in Europe, in the Manufacturing and Industry category.

The majority of trucks still run their primary engine on diesel and require a secondary engine, usually diesel as well, to maintain the cold-chain, including when the vehicle is parked – one of the reasons AddVolt created its technology. Its system is also compatible with trucks running on electricity, natural gas and hybrid technology, making these vehicles greener.

AddVolt's system can also be controlled remotely via the cloud. An optional MyAddVolt SaaS dashboard allows real-time tracking of energy consumption and location, as well as the management of an entire corporate fleet. Apart from the real-time updates, the software also predicts maintenance needs, tracks the fleet’s carbon footprint as well as generates CO2 emissions savings reports.

AddVolt began in 2013 as a research project of a four-man co-founding team of electronic engineers at the Science and Technology Park of University of Porto (UPTEC), which has also been AddVolt's HQ since the company started in 2014. Addvolt’s other two co-founders are Director of Operations Miguel Sousa and Director of Engineering Ricardo Soares.

Noting that an average refrigerated truck uses three liters of diesel per hour, the co-founding team decided to eliminate this consumption by recovering energy from the vehicle's braking system. Making use of the mechanism of regenerative braking, Addvolt coverts the kinetic energy from a moving truck during slowing down or braking into electricity.

This energy is stored in a plug-in unit to substitute the vehicles' second diesel engine for refrigeration. However, this did not eliminate the need for diesel fuel, as the electrical energy produced is insufficient for refrigeration.

The team innovated by attaching solar panels on top of test vehicles to feed energy into the battery units, leading to the prototype of a product that now comes in 24 different models depending on vehicle and refrigeration unit requirements. The solar units' capacity range from 7–34 kilowatt-hours (kWh), the higher levels enough to power refrigeration during journeys over hundreds of kilometers.

Rapid commercialization of the technology was achieved through early extensive testing and an extended pilot project with leading Portuguese transportation company Luis Simões from 2014–15.  AddVolt also offered a two-month assessment of total diesel costs and potential savings for prospective customers, attracting many takers that boosted the early adoption of its technology.

Addvolt’s units are priced in the range of €8,000–€34,000, the value of which the company says can be recouped in less than two years through eliminating diesel use.

The company received seed investment of an undisclosed amount in 2017 from German investor Abacus Alpha, part of German pump and valve producer and multinational, KSB Group, and Portugal's state-owned VC, Portugal Ventures. This led to its first overseas office, in Germany, Europe's heavy-goods transport center, where it went on to gain customers like Mercedes-Benz CharterWay via Abacus Alpha's network. Before, Addvolt also received pre-seed funding in early 2014 from Portuguese VC, 2bpartner. The startup has also been granted about €2.4m under the EU’s Horizon 2020 funding program to date.

In February 2020, AddVolt announced the development of another cleantech product for an entirely different market, namely, a mobile charger for electric and hybrid cars that works like a mobile power bank. The device can be housed in any location with electricity, such as malls. Using conventional electricity outlets, it can charge vehicles in one hour for a trip of up to 200km.

The company's future plans include commercializing its technology for non-refrigeration vehicles, such as garbage collection trucks that use six liters of diesel per hour and, in the longer term, to apply its technology to vehicle-to-grid technology (V2G). 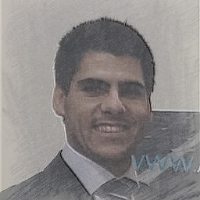 Director of Engineering and co-founder of AddVolt

CEO and co-founder of AddVolt

Director of Operations and co-founder of AddVolt 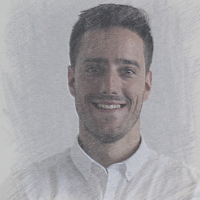