On Alibaba's Singles' Day last year, the world’s largest annual one-day shopping event, half of the 200,000-plus big brands and merchants on B2C e-marketplace Tmall were selling their snacks, fashion wear, home appliances and more via livestreaming. The sales generated reached nearly RMB 20bn, accounting for 10% of Tmall's total sales.

Executives from the major brands, including P&G's Vice-President of Communications and Public Relations for Greater China Xu Youjie, showed up in the livestreaming studio to greet viewers and present surprise gifts.

P&G is a brand with more than 180 years of history, but in China the company has been struggling with sluggish growth since 2013. In 2018 P&G took a stab at live commerce, the term for online retail via livestreaming. Xu, who has worked at P&G for over three decades, feels more challenged than ever before: “You have to figure out what is popular among consumers. Otherwise, you will be left behind.”

Xu knows by now the power of livestreaming in boosting a brand's sales. As early as 2016, e-commerce players in China like Alibaba discovered that live videos hosted by online influencers – commonly known as key opinion leaders (KOLs) in Asia – could lead to surprisingly higher sales. Such a model of online retailing, while still in its infancy in the west, is now booming in China. More e-commerce players have integrated livestreaming to their platforms, and some have even turned to grooming KOLs, too.

According to data from AdMaster, a social marketing analytics research firm, retailers in the F&B and beauty sectors increased their KOL marketing spending in 2018 by 92% and 81%, respectively, from the year before. Nearly 40% of consumers have made purchases after viewing a KOL livestream, the report also said.

China currently has a market of about 500m viewers in livestreaming – a figure still growing. China-based consulting firm iiMedia Research forecasts that the value of live commerce in the country will reach RMB 916bn by the end of 2020.

From physical retail to e-commerce and now, live commerce, one thing's sure – customer experience matters. Consumers generally favor online shopping because of its better prices and variety of goods. But with all that browsing and clicking, the shopper might also miss the experience of buying in an actual store, e.g., talking to a human sales assistant. Live commerce is making up for gaps of this sort.

Live streaming gives viewer-shoppers real-time interaction, which translates into its biggest edge – engagement. During a livestream, as the video host presents various products for sale, viewers can ask questions and learn techniques for using the items, such as how to choose a matching eyeshadow color that will make their makeup look best. As a result, viewers are more inclined to buy the promoted wares.

Different from Amazon Live, which went live at the beginning of 2019 and where live-streamed video shows are hosted by Amazon employees or the brands themselves, China's e-commerce players usually cooperate with KOLs directly, or via the multichannel networks behind these online celebrities. Both Austin Li (Li Jiaqi) and Viya, two of China's currently most popular KOLs, have millions of followers on the Taobao marketplace, which is owned by Alibaba.

During livestreams, the hosts use their influence and sales skills to direct viewers to online merchants. For this, they charge a commission – usually 20% of the transaction price, each time a deal is made. The less influential KOLs, however, often have problem attracting traffic.

In fact, industry insiders estimate that 80% of live commerce sales are generated by less than 20% of the top KOLs, with Viya racking up 30% and Li 20%. In order to attract and retain followers, livestreamers sometimes even use a portion of their commission to provide further price discounts. Platforms also provide training sessions to help their live-stream hosts grow their reach.

The fans or followers of these KOLs are usually women age 25–35, living in tier-3 and -4 cities. They tend to be less pressured by long working hours and the high cost of housing, compared with their peers in bigger cities. They watch the livestreams of their favorite KOLs daily, and feel connected to their idols – usually attractive-looking, young and yet relatively ordinary individuals with warm, accessible images that most Chinese consumers could identify with. These KOL idols share their lives and interact with their fans daily via the live streams, creating a sense of authenticity, trust and community.

These livestreamers are able to create enough motivation for their viewers to make purchase decisions, sometimes impulsive ones. A young girl once bought a sofa set while watching Li’s livestream, before worrying about where to place the furniture in her 30 sqm apartment.

Steep discounts also make items promoted by livestreamers especially alluring. Brands use the channel to offer limited-period discounts, the best deals that a shopper cannot get elsewhere, even in some cases it means having to sacrifice margins.

Among the online marketplaces that have doubled down on live commerce. Taobao generated over RMB 100bn in gross merchandise value (GMV) through livestreaming in 2018. Last year, it launched its standalone app Taobao Live in February and is building 200 studios for live streaming. Each studio is expected to generate about RMB 100m in sales this year. Not to be outdone, JD.com, Alibaba's closest rival, has invested at least RMB 1bn to train and “incubate” influencers for its platform.

The original live-streaming platforms like Kuaishou and Douyin – Tik Tok's equivalent and sister unit in China – are also eager to tap this new retail model to turn their visitor traffic into gold. They have added e-commerce functions to their apps.

On these platforms, whenever viewers click on items during a KOL’s live stream, they get directed to the respective collaborating e-commerce platforms. An influencer with a following bigger than 1m on live-streaming platforms can generate a conversion rate of as high as 65%.

Some livestreamers have also expanded to broadcasting outside of the studio, at stores, apparel factories, even orchards and farms.

Ding Qiulei opened an e-store on Taobao in 2014 to sell walnuts produced in her hometown, a small county in Yunnan province famous for its high-quality walnuts. But tough competition and fake goods – many merchants have claimed their walnuts to be from Ding’s hometown – made it hard for Ding to keep her business afloat.

In 2017, she tried livestreaming. “Many viewers came to know, for the first time, how [Chinese] walnuts are harvested from trees,” said Ding. Thanks to livestreaming, all the walnuts she had in stock were soon sold out.

Ding's experience shows how online shoppers, who are mostly city folk, find watching live streaming featuring farm produce especially entertaining, as they learn how crops are harvested in the field, how fish is caught in a river or even how pigs are bred.

Knowing well the charm of such livestreaming, Taobao plans to train 1,000 farmers to become live streamers in 100 counties, especially in remote areas, so as to drive up sales of farm products. Being able to sell more of their harvests on e-commerce platforms also means increased earnings for farmers from these poverty-stricken regions.

In the near future, other technologies like augmented reality and virtual reality (VR) are expected to turn live commerce even closer to in-store shopping, by providing immersive 3D experiences.

Wearing a VR helmet, users are able to “walk” into a virtual store with a shopping assistant demonstrating the various goods. They can view the items from any angle and even know how they smell.

Customers will find this especially helpful when shopping for furniture. After taking a photo of their living room, for example, they can visualize a chosen piece of furniture in that space to see how it suits the interior decorating style before deciding whether to buy the item.

In China, JD.com has already made the attempt to integrate VR with livestreaming, for the first time ever.

Still, the future of this new form of retail is not without obstacle. In a recent livestream watched by over 410,000 viewers last October, Li tried to sell non-stick pans that turned out to be defective during the demonstration. Although many of Li's followers didn't make a big deal out of it, the incident sparked criticism on social media. More consumers also began to publicly complain about the poor quality of their purchases from live streaming programs.

No surprise then that the national broadcasting watchdog, the National Radio and Television Administration, issued a notice on November 1, banning false or misleading advertising in livestreaming. Chinese regulators now have live commerce in their sights. 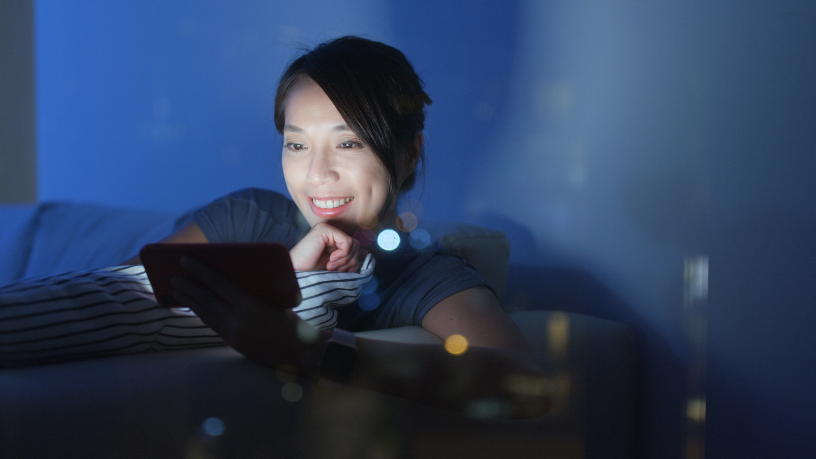