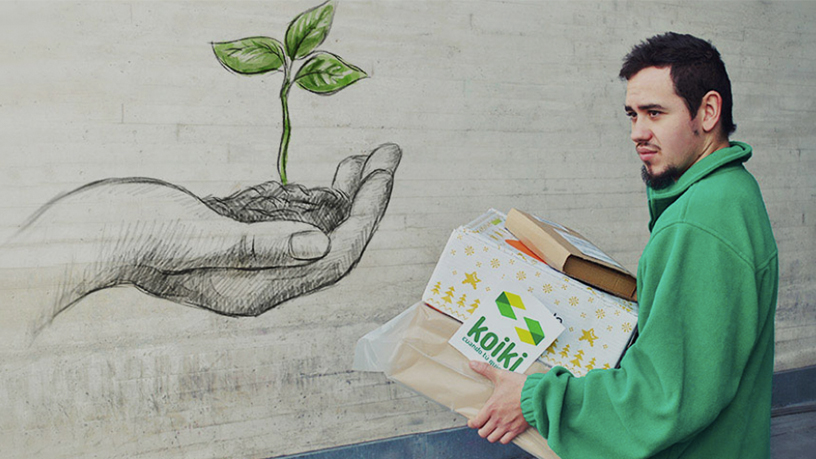 Founded in 2015 by serial entrepreneur and logistics specialist Aitor Ojanguren, Koiki has adopted a cellular logistics model increasingly used in logistics and supply chain management to help reduce traffic congestion. The company has established 30 logistics centers across Spain that receive parcels from big courier companies like DHL, to redistribute them to urban micro-centers. The spaces for the micro-centers have been provided by local social services and NGOs, which also connect Koiki with disabled people suited to making door-to-door deliveries.

The couriers, known within the company as “koiki,” typically deliver parcels within their own neighborhood on foot or by bicycle. More than providing employment for people with disabilities, Koiki says each delivery saves 0.42kg worth of CO2 emissions compared with conventional deliveries made with motor vehicles.

“[Koiki is] about creating a well-known figure in the neighborhood that receives the package for you, calls you to schedule the delivery and fetch it without emitting CO2," explains Ojanguren, who is Koiki's CEO.

"For me, being a ‘koiki’ means being responsible, because you have to take responsibility for the packages delivered to people and you also learn how to work,” says 23-year-old Koiki courier Yeray Isaac Peral.

Ojanguren says he was inspired to start Koiki by the work of Muhammad Yunus, winner of the 2006 Nobel Peace Prize who pioneered the concepts of microcredit and microfinance as a means of lifting people out of poverty.

“We work following his [Yunus's] ideas of social projects without dividends,” he says. Ojanguren's vision is that “in 20 years Koiki will be a foundation that controls the entire service, and that the company's returns are shared in the society through job creation and environmental projects.”

Koiki's target clients are e-commerce businesses. Its B2C solution is embedded into the front-end webpage with a plugin or API, enabling online shoppers to choose Koiki to handle the last-mile delivery of their purchases. Each delivery is managed through a mobile app, in which the customer can track the shipment and select the delivery time.

Koiki charges e-commerce clients €1.85 per delivery, of which it uses €1.50 to pay supporting NGOs and social services. The remaining €0.35 is used to cover infrastructure costs and grow the business.

To date, Koiki’s model has achieved a 70% delivery success rate. Ojanguren says the 30% unsuccessful deliveries usually occur because the recipient is not at home at the scheduled time.

Part bootstrapped, part funded by public and private monies, Koiki launched with €500,000 of capital and support from the FIWARE and FINODEX acceleration programs. The initial capital was used to develop its native technology (the logistics platform and mobile app) and to launch the company in Madrid, Barcelona and San Sebastian. In its first year of operations, Koiki booked €300,000 in revenue.

In early 2017, the company raised €900,000 in its first round funding, when it sold 25% of shares to three of Spain's major social impact funds: Seed Capital Bizkaia, a branch of the Department of Economic and Territorial Development of Bizkaia province; Creas Impacto and Ship2B. Italian impact investment fund Oltre Ventures and French social-enterprise fund Phi Trust Partenaires also joined the round

“The VC world is huge, within it there’s a branch that is social funds. They all need an exit strategy [from the startups they invest in], and within the exit are the conditions that the management team will not leave the company and we will not sell it,” Ojanguren notes.

In December 2019 the company announced a new capital injection of €1m from the Repsol Social Impact fund, the fund's first investment. To date, around half of the capital raised has been used for technology development while the remaining half has been used to develop a network of NGO partners that work with vulnerable people in need of employment.

“In the past three to four years we’ve witnessed a great increase in traffic jams within cities and this is mainly due to [on-demand food delivery firms] Uber, Deliveroo and e-commerce,” Ojanguren says.

A key plank of Koiki's bid to reduce CO2 emissions of urban deliveries is strategic partnerships with major logistics companies such as DHL, with which it first partnered in 2015. DHL Parcel Iberia, in its efforts to build a green logistics model, says its use of electric vehicles and alternative last mile delivery options like Kioki's service, helped it save 258 tons of CO2 over 600,000 deliveries in 2018.

Today, Koiki employs 100 people from vulnerable groups as couriers and 12 full-time office employees. The company aims to expand its network coverage and increase the volume of merchandise moved daily in order to provide more job opportunities for people with disabilities. 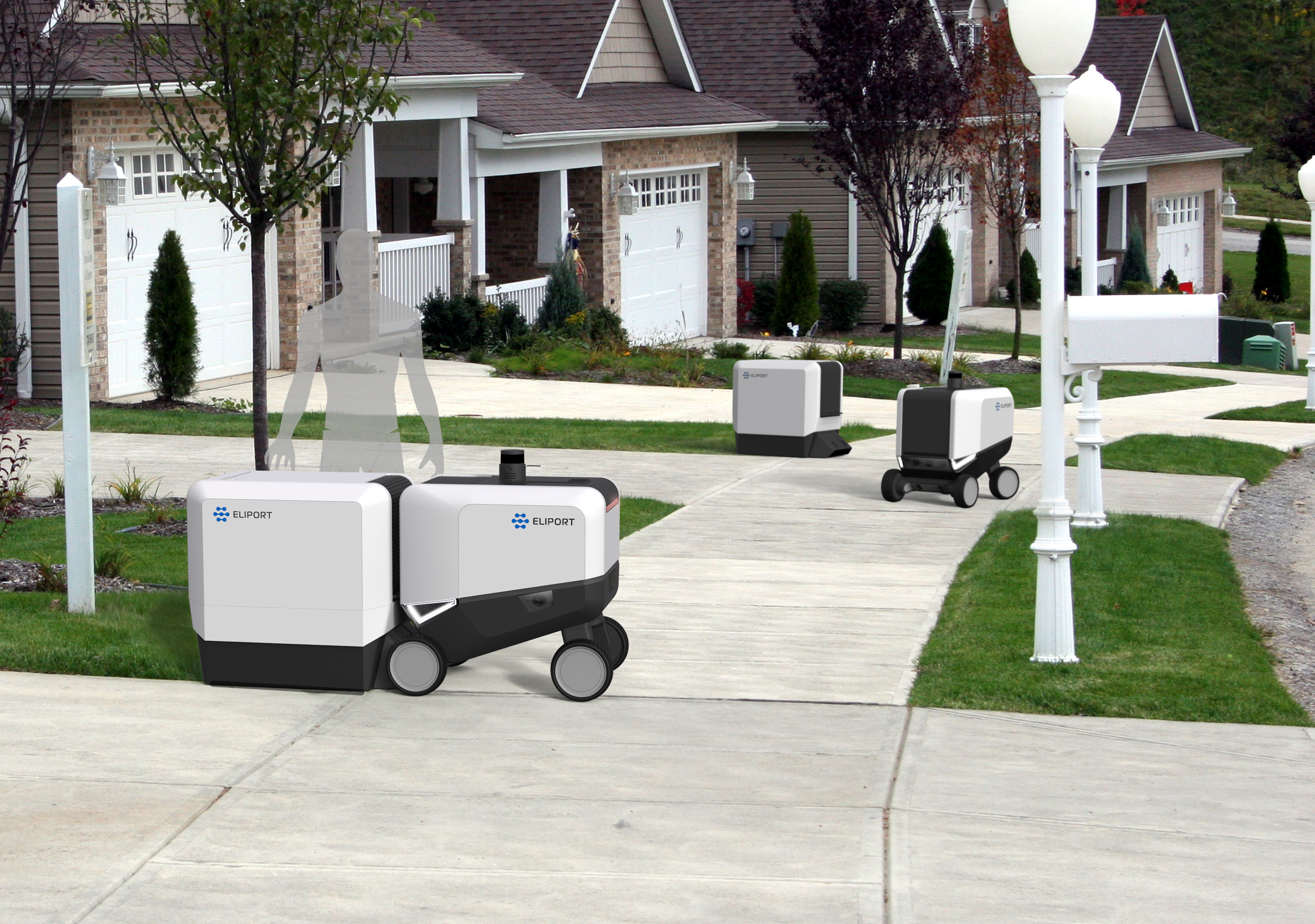 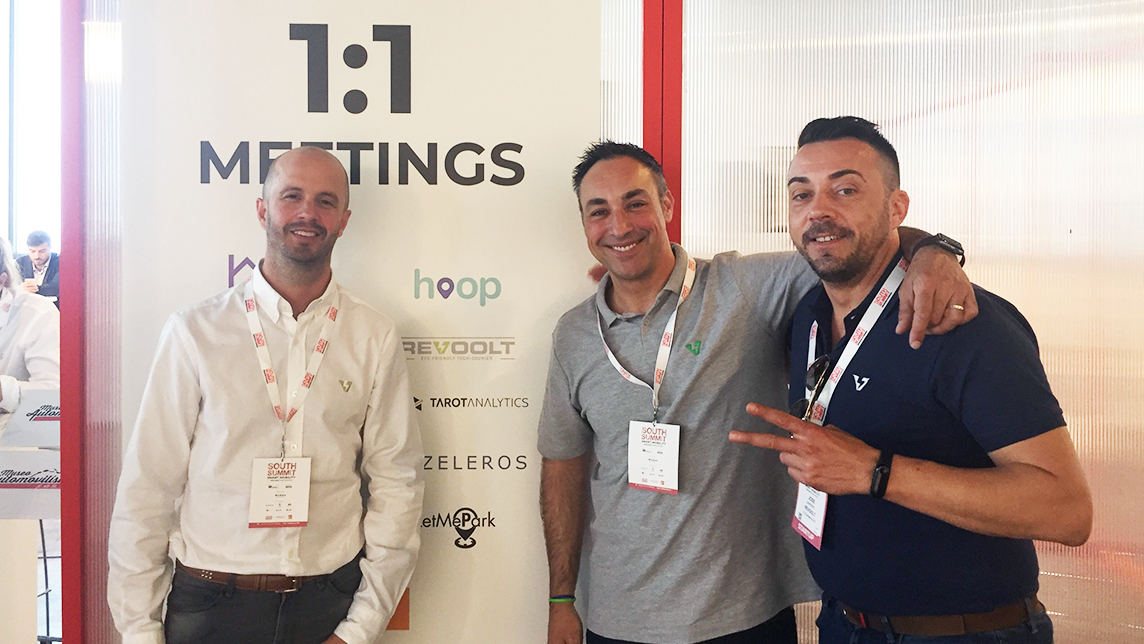 The Big Picture
Impact investing: Spanish startups with a cause and the ecosystem backing them