If you started a restaurant business, you’d probably start with one restaurant before considering new branches. For Abraham Viktor, Andreas Resha, and Robin Tan, however, opening just one wasn’t enough. They opened four.

To be precise, they decided to start Hangry, a “cloud kitchen” network that serves menus from four in-house brands. Unlike conventional restaurants, these cloud kitchens do not serve dine-in orders. Rather, they focus entirely on serving orders through online delivery platforms such as GoFood and GrabFood.

“A virtual restaurant is much more capital-efficient compared to opening a dine-in restaurant,” Viktor told CompassList in an interview over email and video call. Not having to worry about attracting eat-in diners means Hangry doesn’t have to compete for prime real estate. In fact, Hangry actually builds its kitchens in old houses, which have more affordable rents compared with retail space in malls.

Since it was founded in late 2019, Hangry has quickly expanded by opening 18 cloud kitchens in the Greater Jakarta area and is now serving more than 10,000 dishes daily. Despite competition from GoFood, GrabFood and Yummy Corp (a venture-backed subsidiary of the Ismaya retail conglomerate), it managed to raise $3m from Sequoia Capital India’s incubator program, Surge, and Indonesian VC Alpha JWC Ventures.

Learning from the best

In building their business, the founders of Hangry have been inspired by some global F&B franchises. These include McDonald’s, Starbucks Coffee and Chinese hotpot franchise Haidilao.

From Starbucks, the Hangry team learned about the importance of branding and synchronizing the brand with customer experience. “Starbucks’s value proposition is not really the coffee, but the experience,” said Viktor. “Whichever outlet you visit, you always get the same experience of smelling the Starbucks coffee and seeing the same kind of furniture.

“What we learned from Starbucks is to translate that brand identity, in our case ‘delight,’ into everything we do,” he said. This begins with ensuring that the food is delicious and the portions are filling. Food must also arrive as soon as possible so as to not compromise on flavor or disappoint hungry customers.

Part of making sure each customer is satisfied means setting a high standard of quality. In this regard, McDonald’s operational excellence is what inspired Hangry to adopt rigorous operational standards and quality control measures. By making sure that its staff follow a standardized process from start to finish, Hangry is confident that it can expand without worrying about changes in quality and hygiene. “We designed an operation model that depends on a system rather than on individual performance,” said Viktor.

Haidilao was the source of inspiration for Hangry’s focus on the customer experience. Haidilao’s techniques to entertain guests in long queues – from providing free drinks to foot massages – are examples of how the hotpot franchise ensures the best experience even before the customer takes their seat.

While it’s not possible for a cloud kitchen business to give free massages, the Hangry team figured that the delivery process would be a suitable equivalent to focus on. At the start, said Viktor, Hangry received complaints about food spilling from containers while being delivered, as well as food not staying fresh. After some time experimenting with various designs, new packaging was used to ensure “the food stays warm, the rice stays fresh and the whole unboxing process is satisfactory.”

Hangry also goes the extra mile to replace orders that are below standard. “In dine-ins, if a customer got a flawed product, he would tell the waiter right away and get it replaced,” Viktor said. “We try to replicate that in our business by responding to complaints and delivering replacements in person.”

Hangry makes use of various analytics technologies to optimize its business. It continuously analyzes which menu items are the best performing and runs experiments on pricing to determine how to balance sales with margins. They also use inventory management tech to keep track of stock levels, ensuring that they can always restock ingredients in their kitchens before anything runs out. Although Viktor did not specify a specific brand, he said that Hangry’s tech is an “off-the-shelf ... end-to-end module that includes POS, inventory management, etc.”

On the customer-facing side, Hangry is preparing an app that will allow customers to collect reward points and order food directly from all of Hangry’s brands. Currently, Hangry separates its brands in the delivery apps it works with (GoFood and GrabFood) in order to keep the menus simple. However, the company learned that some customers like to order from the different Hangry brands. Although all the brands are collocated, customers have to order in different carts and pay separate delivery fees for each, as they are treated as different restaurants. “With our new app, they will be able to order on the same bill,” said Viktor.

Hangry will continue to work with existing delivery platforms when it begins accepting orders from its new app, while also seeking new logistics partners to deliver its food. Though both Grab and Gojek are running cloud kitchens, Viktor said they are not competitors. “We see food delivery platforms as sales channels and cloud kitchen players as potential operation partners. … [We] are in conversation with some cloud kitchen players to potentially use their infrastructure for our expansion.”

The app will also be an avenue for valuable customer feedback. Currently, Hangry takes messages and complaints through social media channels and WhatsApp. Viktor said that customers mostly connect with brands when they have complaints, although he also said that Hangry has received suggestions on new products and flavors.

One particular example involved modifying the beef slices from San Gyu, Hangry’s Japanese beef bowl brand. Customers noted that while the beef was tender, the slices were too long. It was difficult to cut bite-sized chunks with the plastic spoons provided so some customers had to take small bites. “We had to teach our kitchen staff to make the adjustment. After we make such changes, we see the positive feedback from our customers, too.”

The Covid-19 pandemic has hit the F&B industry hard, especially those with dine-in outlets. Major restaurants have had to temporarily close their outlets as shopping malls shut and customers stay at home. Those that remain operational are moving towards delivery orders. Many restaurants, including Hangry, are also implementing additional safety measures to keep employees and customers safe, such as providing masks, hand sanitizers, and regular temperature checks.

Hangry, which was built with a delivery-centric business model from the start, is actually enjoying an increase in orders. Viktor said that their brands are experiencing a 50% increase in orders compared to pre-pandemic levels, with 10,000 items being purchased daily. “We’re thankful that we are somehow selling more food despite the virus and the Ramadan fasting season,” he said.

Hangry is also offering new products to boost delivery orders while exploring new ways to expand. Following the example of many coffee shops (including the venture-backed Kopi Kenangan and its predecessor Kopi Tuku), Hangry began selling milky coffee by the liter through their Kopi Dari Pada brand. San Gyu is also selling frozen beef slices for customers to cook at home. Both items are selling well, said Viktor, with the 1-liter coffee becoming Hangry’s best-selling items on some days.

To save on manpower costs (the biggest cost component in the business according to Viktor), Hangry has begun offering stock options to employees in exchange for reduced take-home pay. The uptake has been positive so far, said Viktor. Thanks to its sustained business and shift towards reduced pay, Hangry has not had to lay off its staff “except for voluntary resignations.” Currently, Hangry’s staff numbers more than 360, of whom about 300 are kitchen staff.

With the business secure, Viktor and his fellow co-founders are setting some short-term goals for Hangry’s growth. For starters, the company is going to launch its fifth brand: Moon Chicken, which will sell Korean-American-style fried chicken. The company plans to launch two more, and, while the details are not finalized, one of them will be freshly made snack food.

More ambitiously, the Hangry team is eyeing a possible expansion beyond Indonesia by 2022, inspired by the Filipino fried chicken franchise Jollibee. They have yet not decided where to expand, but they are already looking into a few options. “On the one hand we can go to developed countries such as Singapore, Japan and China, but on the other hand we can also go to developing countries such Vietnam,” said Viktor.

For now, however, Hangry’s expansion plans are focused closer to home. So far, its kitchens cover some major business and residential areas within Greater Jakarta, such as Sudirman and Kuningan, and Hangry will target similar locations as it expands to other cities. The company is looking to expand to Karawang and Cikarang, which are industrial cities just outside Jakarta. They plan to cover most urban centers within Indonesia by 2021.

One of their biggest moves this year will be opening a dine-in location in West Jakarta, tentatively scheduled for July. The restaurant will feature all of Hangry’s brands so far, as well as the brands it plans to launch. Though this is a departure from their initial cloud kitchen concept, Viktor said it’s necessary for Hangry’s growth. “If we want to be a brand that customers love, we have to be present in all forms. So we have to provide dine-in, delivery, frozen food, and everything else,” he said. 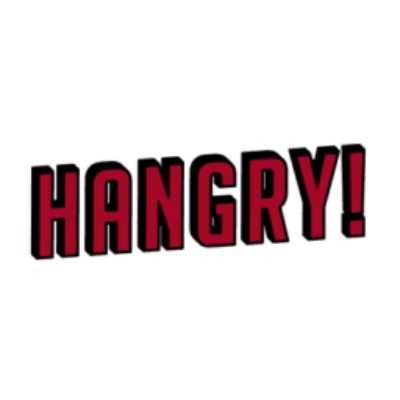 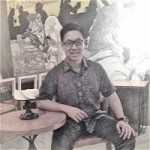 Co-founder, CEO and Director of Business Development of Taralite , Co-founder and CEO of Hangry