The US startup’s adapted solar panels extract water vapor from the air to produce potable water, a vital resource for distressed communities in disaster zones and remote areas

Turning air into water might seem the stuff of sci-fi fantasy, but Arizona-based SOURCE Global is doing just that. Founded in 2014 and known as Zero Mass Water until 2020, SOURCE allows drinking water to be produced off-grid in remote regions, in those with contaminated water supply and even in drought-stricken conditions.

The time is ripe. Climate change is attracting ever more public and political attention globally as data paints an increasingly gloomy prognosis. The World Health Organization predicts that by 2025 half of the world's population will be living in water-stressed areas.

“We're working to bring renewable water as quickly as possible to people facing water stress," Cody Frieson, CEO and founder of SOURCE Global, said. “The better access people have to clean water, the more happy, fair and productive their lives can be... Investing in clean water now means that we can do our part to help alleviate some of the future stresses we'll see and be more resilient in the future.”

Currently used in 45 countries, SOURCE has attracted over $70m in funding to date, including $50m last year in a Series C round, from sustainability-minded investors. They include BlackRock, the world's largest asset manager, Bill Gates's Breakthrough Energy Ventures, science investor Material Impact and US energy producer Duke Energy.

SOURCE’s technology, the Hydropanel, not only offers a sustainable method of water production, but also eliminates the need for plastic bottles – the reason eco-resorts and other sustainability-focused communities have invested in the Hydropanel.

The panel runs solely on solar energy, making it virtually unique among other water-producing technologies that require an electrical connection. This has enabled most remote populations to use SOURCE, such as the South Pacific communities in Vanuatu and the endangered US indigenous tribe Navajo Nation that the company has helped.

Each Hydropanel produces 2–5 liters of water daily depending on the level of sunshine and humidity. The higher the level of each, the greater the amount of water produced. During its 15-year lifetime, each panel eliminates the use of 54,000 plastic bottles on average, while every two units produce CO2 emission savings equivalent to one car on the road.

The technology is the brainchild of Frieson, inventor and professor of innovation at the University of Arizona's Ira A Fulton School of Engineering. He previously created the first rechargeable zinc battery and a startup for its commercialization, Fluidic Energy, which was bought out by medtech entrepreneur Patrick Soon-Shiong in 2013. In 2019 Frieson, who holds a PhD from MIT, won the Lemelson-MIT Prize Student Prize for the Hydropanel.

The Hydropanel looks like a solar panel and indeed is powered by solar power with its photovoltaic coating of cells, but the interior is entirely different. The panel contains fans that continually draw air inside and force it through a hygroscopic or water-absorbing material – a nanomaterial that is Frieson's “secret sauce” and which traps the maximum amount of water vapor possible from the air. Importantly, the material only absorbs water and no other substances, including contaminants.

This trapped water vapor is extracted as its pressure increases inside the panel upon being heated by the solar panels. The vapor condenses into liquid water that is collected in a 30-liter reservoir in the panel base. Before reaching a dispenser or a regular plumbing system, the water is treated with calcium and magnesium cartridges to improve the taste, while bacteria is prevented from growing by ozone treatment. The panel has flexible piping attached that can easily be connected to existing water systems.

In 2019, SOURCE added a sensor to the Hydropanel, allowing customers to monitor the quality of the drinking water produced via an app. Data collected by the sensor and then processed via algorithms optimizes the functionality of the interior fans according to the outside air temperature, humidity and sun strength.

The app also allows users to track the level of production, the level of the water reservoir and the degree of mineralization in the water, as well as notifying users when panels need servicing. The startup has access to all Hydropanel data worldwide thanks to each panel's solar-powered wireless devices and data storage in the cloud. Each panel measures 1.2 by 2.4 meters, thicker than the typical solar panel of 1.1 meters.

Works in deserts, too

Most importantly, the Hydropanel works in desert-like conditions, requiring only a humidity level of 10%. This increases its relevance for some of the globe’s most water-stressed regions.

Its off-grid functionality, meanwhile, means that it is also suitable for many of the most impoverished and remote communities, where there is no traditional infrastructure, and for disaster-struck areas that may be experiencing power outages and water contamination. For example, SOURCE's first major project was supplying 30 Hydropanels to Puerto Rico after Hurricane Maria in 2017 when water supplies were contaminated.

The only conditions in which SOURCE's technology cannot work are subzero climates where humidity is locked into ice, or where there is virtually no humidity. Night-time production is also impossible due to the lack of sunlight.

Frieson notes that with two Hydropanels placed atop his home in Arizona, where humidity levels are very often below 10%, all the drinking water needs are met for his family of four. Each Hydropanel costs $2,000 plus $500 in installation costs. For the moment, the panels are only sold online.

The vast majority of installations to date have been thanks to government grants or not-for-profits due to the social and environmental implications of projects implemented. These have included projects with the Village Social Transformation Foundation in Maharashtra, India, to build 100 sustainable villages in the state.

The US indigenous tribe Navajo Nation has also received panels in a remote community, while in Vanuatu SOURCE has helped remote South Pacific communities in partnership with the Asian Development Bank. In Belize, SOURCE supplied a remote island water under the Inter-American Development Bank’s Caribbean Climate Smart Island Program.

The startup also has impact-focused corporate partnerships, such as with Westin Hotels & Resorts, for whom it supplies to a Fijian resort. In September 2020, the startup opted to become a Public Benefit Corporation and obtained BCorp certification, an international measure of a company’s entire social and environmental performance, joining the fast-growing ESG sector. BlackRock's Series C lead investment in SOURCE came soon after the world's largest asset manager pledged to make sustainability an integral part of its portfolio.

Another source of revenue for SOURCE has been retailing its water in sustainable bottles. The company is scheduled to launch SOURCE Queensland in Australia this quarter. In 2020, the startup announced a project in Dubai with the Royal Emirati firm IBV to supply an initial 1,250 panels for a bottled water plant, increasing to 10,000 upon project completion.

Growing up in arid Arizona, Frieson had always dreamed of making access to drinking water a basic right and he embarked on his first social project soon after commercialization in 2018. This was tosupply a remote Kenyan girls’ orphanage and school with 40 Hydropanels, eliminating a four-mile trek for drinking water.

“In the African continent alone, women and girls spend 40bn hours collecting water each year. Everyone experiences water stress. In the best case scenario, it’s expensive and inconvenient – at worst, it is fatal,” Friesen noted. Following his Lemelson-MIT Student Prize win, the CEO used his prize money in a joint project with NGO Conservation International to fund a project to supply 156 panels to a remote indigenous tribe in Colombia.

Although the current cost of each panel is high, meaning the technology is viable only for philanthropic programs and the wealthy, Frieson and his backers believe the costs will fall significantly.

“It took solar PV decades to get where it is now with economic and performance efficiency,” he said. “In just five years, we’ve managed to mirror that growth and are on a trajectory to make SOURCE water accessible on a significantly compressed timeline.” 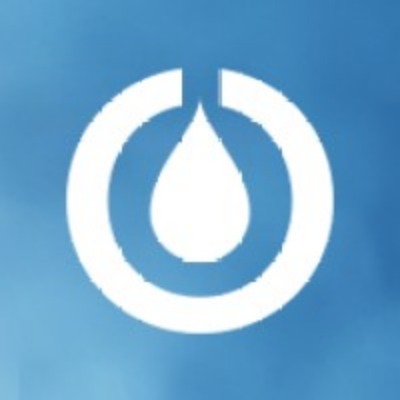 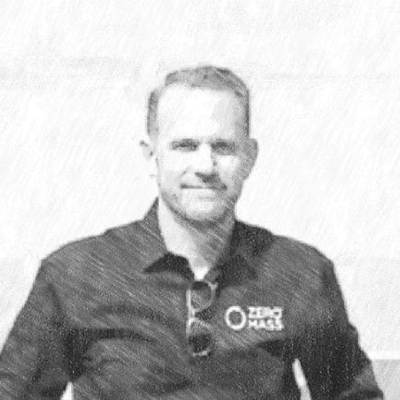