When Gao Shixing, Yu Kai and Lin Yuandong, three graduates of the University of Cambridge, co-founded AISpeech in the UK in 2007, their goal was to develop an intelligent computer terminal to help foreigners learn Chinese. Their first project failed due to small market size and immature voice technology.

But the three founders did not give up on their vision. Upon returning to China in 2008, they switched focus to teaching English to Chinese speakers.

After three years of research and development, AISpeech launched Sheng Dong Zhi Xin, a product with a simple interface that integrated complex voice recognition technology for automated language assessment. Even non-voice recognition experts could embed the interface in their applications in just 20 minutes.

In 2012, the startup’s speech-language assessment capability, part of its language education service, attracted the attention of education authorities. Their software was used to score 110,000 students’ oral English tests for the senior high school entrance exam in Zhanjiang.

Because grading the exams would require over 2,000 scorers, more than the number of English teachers in Zhanjiang, AISpeech’s technology was a more efficient alternative. The machine’s results also proved to be more accurate than those of human graders.

Keeping up with IoT

In 2012, rapid development of mobile internet and the emergence of IoT led AISpeech to rethink its long-term plan. Pivoting from education, the startup began integrating its AI voice technology in smart vehicles, smart home appliances and robots.

A series of IoT terminals and mobile internet products embedded with AISpeech’s technology have been launched by the startup’s hardware manufacturing partners, including Xiaomi’s smart speaker and smart rearview mirror and Lenovo’s intelligent assistant.

After AISpeech shifted its business focus to IoT, the startup decided to target connected cars. According to Gao, 30–50% of vehicles will be fitted with voice recognition systems by 2022.

There are currently around 300 million cars on the road in China. For voice technology startups, this statistic makes the automotive on-board systems and devices market a hot commodity.

Finding a niche in the automotive market

When AISpeech entered the on-board systems and devices market in 2014, Nuance, iFlytek and other major players had already cornered the original equipment manufacturer (OEM) parts sector. So AISpeech targeted the other sector: aftermarket parts customers buy to improve the comfort, convenience, performance and safety of their new vehicles.

“Despite the noisy environment where on-board systems and devices normally work, our accuracy of speech recognition can reach up to 95%, the highest among all the players in this field,” said Lei Xiongguo, Vice President of AISpeech.

This high accuracy has helped the startup gain significant market share. In 2016, it cornered 60% of the aftermarket sector, including 70% of the intelligent rearview mirror market and 80% of the intelligent head-up display market. AISpeech has also grown its share of the in-vehicle infotainment system market.

Yet AISpeech’s founders want to do more than just help businesses improve their products. “We have always dreamed of offering our voice interaction capabilities on an open platform to empower mobile web developers,” said Gao.

The launch of its Dialogue User Interface (DUI) in September 2017 was an important step in this direction. DUI is an open platform developers can use to customize their own applications.

Enterprise customers’ R&D staff utilize DUI to create specific application scenarios and then embed these scenarios in their products. Since manufacturers no longer have to depend on AISpeech for technical assistance when using DUI, manufacturers and AISpeech can streamline their development processes.

Hardware manufacturer Foxconn, one of AISpeech’s investors, is now working with the startup to develop intelligent robots that can imitate human interaction. Xie Liang, Hardware Technology Director at Foxconn, has said they plan to use the DUI platform to endow its robots with human-like abilities.

When the DUI platform was launched, Gao announced that AISpeech would set up a venture capital fund of RMB 200 million to invest in outstanding developers as well as applications built on the platform. The company also intends to invest in hundreds of AI startups.

Besides providing funding, AISpeech will offer technical support to help developers apply the startup’s technology to their products. A part of the company’s effort to build an IoT business network, these strategic investments will enable end-users to talk naturally to hundreds of millions of terminals. 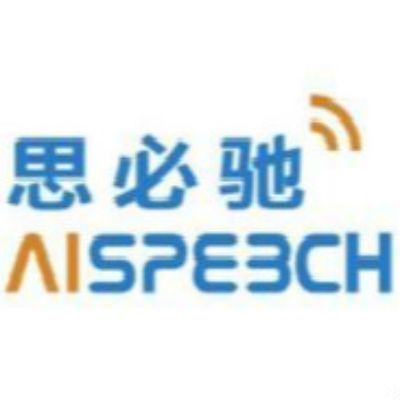 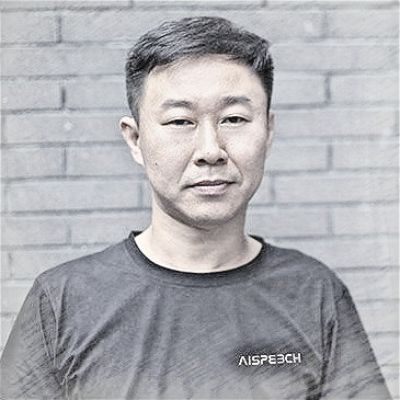 CEO and Founder of AISpeech

Chief Scientist and Co-founder of AISpeech