As Alipay continues to battle WeChat for super-app supremacy, it’s created a stronghold in China’s services industry, where 80% of businesses still operate under brick-and-mortar models

On March 10, Ant Financial, the affiliate fintech company of Alibaba, announced the upgrading of its Alipay online payment solution to an open platform for lifestyle services. It also set the goal of helping 40m merchants to go digital with support from 50,000 independent software vendors in the coming three years.

The upgrade has been brewing for a long time. Started as a platform for financial services only in 2004, Alipay made its intention of expanding beyond its financial services focus very clear through an ad aired on China’s Central Television with the theme of “Good Life, Alipay” in July 2019. It has even changed its slogan of “Pay with Alipay” to “Live @ Alipay".

The coronavirus (Covid-19) outbreak came as an unexpected catalyst. As people were stuck at home for the purpose of virus containment, offline services providers took an unprecedented hit, while online services such as on-demand delivery, online education and live shopping saw spikes in demand as they were widely embraced by consumers.

Digital transformation by offline services providers has not only helped local residents to get what they needed, including groceries, vegetables and medicine, but also assisted the providers themselves to get through the crisis. The services industry is the largest sector of the Chinese economy, accounting for 53.9% of GDP in 2019.

Ant Financial CEO Simon Hu believes the coronavirus pandemic will prompt more businesses to go digital, as this has enabled service providers to be more agile in responding to the fast-changing market. “Just like the SARS outbreak accelerated the digitalization of China’s retailing business 17 years ago, the Covid-19 will do the same for the services industry.”

Xiaolongkan, a popular Chinese hotpot restaurant, shut down over 800 outlets across the country during the outbreak. After launching an online delivery service on Ele.me in early March, it sold RMB 30m worth of takeouts in 40 days, easing pressure on its cash flow.

“We are falling behind other restaurants that have already brought their business online," said Li Shuoyan, Executive Director and co-founder of Xiaolongkan, “But we are finally on the right track.” The restaurant is not alone. About 200,000 merchants have launched online food delivery services on Ele.me since January 26.

In January, early in the health crisis, Alipay initiated a campaign to encourage third-parties to address users’ needs by creating mini-programs on its platform. A total of 181 mini-programs were then created within one week for contactless grocery deliveries, legal advice, medical consultations and other public services.

Grocery startup Meicai, which connects vegetable farmers and restaurants, is one of them. Since restaurants were temporarily closed, it shifted its focus from business clients to individual consumers. On February 9, Meicai launched its mini-program on Alipay. Within just one week, it gained more than 800,000 users from over 80 cities across the country and the repurchase rate reached 40%.

“We feel the eagerness among offline merchants to digitalize their businesses. The outbreak accelerates the process,” said Wang Youyun. Since the Chinese New Year holiday, his startup Qmai.cn has joined hands with Alipay to develop mini-programs for home delivery merchants. In February alone, it has helped 20,000 offline service providers go digital on Alipay.

However, those already online make up only a very small portion of the whole sector.

“At least 80% of service providers [in China] have not gone digital,” said Ant Financial's Hu. According to him, on-demand delivery giants Meituan and Ele.me, as well as China’s biggest online travel platforms Ctrip and Fliggy,accounted for less than 5% of the services industry, which contributed 53.9% to the country's GDP in 2019.

Meanwhile, about 99.1% of Chinese internet users went online via smartphones in 2019, soaring from 24% in 2007. More than three-quarters of the population in the country have used digital payments. This popularity of smartphone use and digital payments in China has prepared a market for domestic services providers to digitalize their business.

Platforms have felt the demand and been poised to embrace the digital transformation too. In 2019, the number of searches for lifestyle services within the Alipay app increased by 300% from 2018. More than half of Alipay's 1.2bn users worldwide are using the platform for, beyond mobile payments, the access to nearly all kinds of lifestyle needs, from ordering groceries to seeking medical consultations.

The situation began to change in 2017, when Tencent first introduced mini-programs that could run within WeChat to fulfil users' needs, including booking cabs, ordering food and buying groceries. By mid-2019, WeChat had hosted about 2.36m mini-programs, versus 200,000 on Alipay.

Alipay knows very well that its success in upgrading from merely a financial service platform to a one-stop lifestyle service platform depends on the success of its partners – in this case, service providers.

In order to better serve them, Alipay will provide hosted merchants, especially those small- and micro-sized ones, with support, in the forms of traffic, service and funding. For example, so as to reach an even broader user base, services providers' mini-programs on Alipay are also allowed to run on major platforms within the Alibaba ecosystem, including the e-marketplace Tmall and the digital mapping and navigation app AutoNavi. 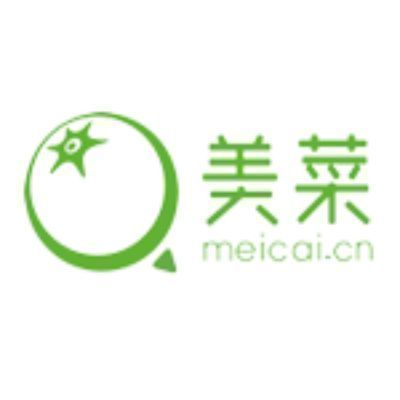 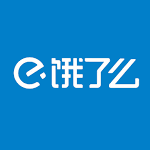