Portugal is tapping oceantech disruption to create new value out of its blue economy, with strong government push

Portugal aims to become a leader in the emerging oceantech, or bluetech, sector, seeking to sustainably exploit the economic opportunities from digitalizing traditional industries and introducing new maritime technologies. Fisheries, aquaculture, shipping and logistics are ripe for disruption, while new industries, such as offshore energy, biotechnology and food innovation using seaweed, are being created.

Helena Vieira, Director-General for Maritime Policy at the Portuguese Ministry of the Sea, told the recent Web Summit 2020 that there are already bluetech acceleration programs running in Portugal that are attracting a lot of talent. "Many innovative startups from around the world are testing their products and pilots here in Portugal. We are now in the position where we can start offering them an oceantech ecosystem built the same way we’ve built an ecosystem for information technologies.”

Ruben Eiras, Coordinator for Blue Economy Entrepreneurship, Investment and Innovation at Forum Oceano is confident that Portugal will be "Europe’s Blue Silicon Valley.”

“Against my expectations, [2020] was the year that I saw new blue economy funds seeking startups from all oceantech market segments,” he told CompassList in a recent interview. He noted that earlier public funding programs didn’t receive enough applications, a sign there weren’t yet many startups in oceantech, a sector that "probably didn’t close enough investments.”

But now “though this is still a fringe sector, I think it will become mainstream very shortly," he said. “There are now more than 50 to 60 funds actively seeking bluetech in the private sector – three in Portugal and the others all international: Norway, Canada, the EU, Australia and the US.”

Forum Oceano is a private, non-profit association created in 2009, with over 100 members from all sectors of the local blue economy. The Portuguese government has recognized it as the Portuguese Maritime Competitiveness Cluster, making it a key player in the implementation of the 2013 National Ocean Strategy, the first by an EU country to tie economic activity to marine biodiversity preservation.

Portugal built its history and wealth over many centuries of maritime exploration and trade that turned the small country – with a population of over 10m today – into a global maritime powerhouse. The nation's maritime influence extended from Brazil in the west to Indonesia in the east, still reflected in the use of Portuguese as an official language in 10 nations and territories. When the nation's colonial past faded, so too did the oceans' importance in Portugal's economy.

Though oceantech is still a fringe sector, I think it will become mainstream very shortly

For a start, the country plans to revitalize its vast network of underused and stagnating fishing ports, a number of which are deepsea ports suitable for large vessels. “You have access to over 30 small ports with little need for infrastructure investment,” Eiras said.

“The idea is to use ports as acceleration and innovation hubs for all the areas in the blue economy because [startups] not only require ports for operations, but also need a location near the sea for validation of technologies and testing.”

Several licenses that had to be sought in the past will not be required in an in-port location, he added. “This will create structured ecosystems that are more convenient, with innovations close to other mature industries."

Although the bulk of the development of smart ports will not begin until 2022 under the auspices of the EU's Atlantic Smart Ports Blue Acceleration Network, the fishing port of Peniche has been developed as the first Portuguese oceantech center, aiming to draw local and international startups focusing on sustainable fishing and offshore aquaculture.

One of Portugal's up-and-coming bluetech startups, Bitcliq, has already helped to save the livelihoods of local small-scale fishing in Peniche with its marketplace app, Lota Digital, which connects local fishermen with buyers and uses blockchain for traceability to guarantee food quality and origins. The app has also been adopted by Docapesca, the Portuguese public entity that oversees fish markets and fishing ports. Bitcliq has also boosted other industries in the town by creating processing and logistical jobs linked to the increase in trade.

The Portuguese government also funded a multi-stakeholder project to develop Windfloat Atlantic, the biggest floating wind farm in the world, which, since December 2019, has been powering 60,000 houses 20km away in the coastal town of Viana do Castelo. The objective is for the town to becomea hub for wind and wave power. The Swedish wave energy startup CorPower Ocean has already moved into the area after securing a 10-year license.

Good offshore internet connectivity is another plus point for Portugal’s oceantech ambitions. “There is reliable broadband coverage several kilometers from the coast of central Portugal, from Viana do Castelo to Aveiro, and including the area around Lisbon. That is usually a major cost for those needing offshore connectivity,” Eiras said.

In 2015, Portugal’s socialist government recognized the economic potential of the maritime economy and its resilience during the previous global recession. It became one of few countries to create a Ministry of the Sea, which has, to date, invested €1.5bn in the private sector to make Portugal the European hub of maritime innovation.

According to Vieira, the marine economy has shown itself to be more resilient than any other sector. “The national economy declined by 5.4% [during the economic crisis from 2008–10], but the blue economy grew 2.1% and lost far fewer jobs than other sectors. Now, with the Covid pandemic, we again see that there are some sectors within the blue economy that are more resilient, such as maritime transport and food production and its related industries, including canning.”

Credit Suisse has forecast the ocean economy to grow “at twice the rate of the mainstream economy by 2030.” The economic value of global ocean assets is currently estimated at over $24tn, ”making the Blue Economy the seventh-largest economy by GDP globally," it said in a March 2020 research report.

Another factor influencing Portugal's strong blue economy is the surge of corporate and investor demand for sustainable business practices, especially since the last two years. The ocean economy outperformed most other sectors in attracting ESG-related investment interest in 2020, Eiras said. Portugal is mindful of creating a sustainable oceantech sector and ensuring that all actions align with international environmental commitments. For example, the new Atlantic Smart Ports Blue Acceleration Network integrates principles of the European Green Deal.

“The blue economy also has a reliable rate of growth, which markets like, especially in times of volatility, such as a pandemic," he added.

With the pandemic, we see that there are sectors within the blue economy that are more resilient

The Portuguese government is also creating extensive marine protected areas that, by 2030, will make up 30% of its waters. It has also increased knowledge and protection of the marine habitat that makes up over 90% of Portugal’s EEZ – one of the largest in the EU, covering more than 1.7m sq km – and boosted the network of more than 50 marine research centers.

Despite the Portuguese being Europe's largest consumers of fish and seafood in terms of per capita household expenditure, the country's maritime heritage almost disappeared following its exit from its colonies in 1974 and the shipping and cargo industry had to be rebuilt virtually from scratch.

Unlike Spain, Portugal lacked large fishing fleets or an entrepreneurial fishing class, with sailing being perceived as only for the rich. Also, unlike other nations like the Netherlands and the UK, Portugal had not invested in the container industry.

“For virtually the whole of the 20th century our maritime industry was built entirely on the maintenance of the empire and with only an internal market,” Eiras said. "It is only really since the last economic crisis that there was a reawakening of what the ocean could give us.”

While the nation’s deep ocean is undoubtedly an advantage for shipping and biodiversity, Eiras points out that “it is not quick or easy to monetize.” For example, unlike Norway, Portugal can’t house its smart aquaculture near shore because of high tides and wave agitation. Running autonomous fisheries in deep waters offshore would require developing technologies that fit those conditions. With fully submersible cages to guard against the strong waves, correspondingly, such aquaculture needs sophisticated versions of smart sensors for water quality monitoring and forecasting and submerged automatic feeders, plus high-definition cameras.

Another example is offshore wind energy farms. Eiras said floating platforms farther offshore get better wind capture but in Portugal’s case, the offshore wind facilities, being so far out in the ocean, would need to run autonomously because of their physical inaccessibility, and so the necessary tech, too, to enable such operations.

Portugal's history and geography has meant that its oceantech ecosystem has required a top-down approach with help from national and local governments rather than from organic sectorial growth. Since the creation of the Ministry of the Sea in 2015, vast sums have been invested. “In 10 years’ time," said Vieira, "Portugal will be the place to be as a hub of the blue economy.” 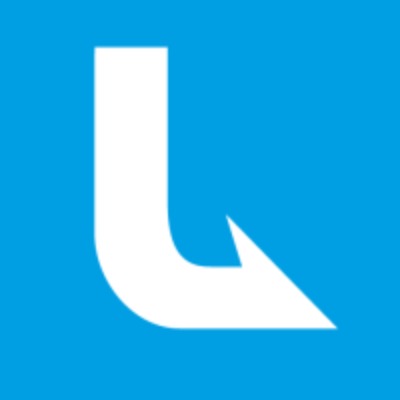