With remote working looks set to stay, even after the Covid-19 pandemic passes, Portuguese IT hiring platform Landing.Jobs expects to grow into a global hub for IT talent, diversifying into IT career management and skills training.

Founded in Lisbon in 2013 by IT veterans Pedro Oliveira and José Paiva, the startup has helped clients to recruit over 3,000 IT professionals to date. Europe is facing an acute shortage of tech talent, with over 750,000 ICT vacancies seen to remain unfilled this year. The demand for diverse sector e-skills will continue to rise, and Europe alone is forecast to account for 20% of total IT expenditure worth $5.2tn worldwide.

The startup raised Series A funding of€2m in early March , giving it a lifeline as it adapts to new and poorer market conditions amid a global recession and Covid-19. Portugal’s LC Ventures, the 200M innovation fund managed by state investor PME Investimentos and Luxembourg's Jacobo Investments financed the round.

“We’d been preparing the company for growth, but the economy is declining now, so we had to readapt and use this opportunity to improve ourselves and shift to a profitability/sustainability mindset,” Pedro Oliveira said in an interview.

“Investors often ask us how we differentiate ourselves from other recruitment companies,” he added. “Firstly, we are not an agency like most recruitment companies. We’re more like a SaaS marketplace. We also have a pay-per-use model that’s not offered by traditional agencies.

“Compared with the competition, our technology, platform experience and positioning are all different.”

With the downturn, Landing.Jobs has had to let go of several employees, Oliviera said. “Many clients have frozen their hiring process, reduced vacancies or even laid off a lot of people. Only a few lucky industries like medtech, remote working platforms and cybersecurity have continued to recruit.”

The company currently has 50 staff, mainly based in Lisbon and Porto. It also has operations in Spain, Germany and the Netherlands. Its UK business was scaled back due to post-Brexit uncertainties, offering remote-working roles instead.

Its new Series A funding will be used to establish a new HQ in Lisbon and expand into new markets like Switzerland and the US. Many employers are unable to recruit tech specialists locally due to the lack of experienced professionals available in preferred locations. Relocation assistance is offered by Localize.com backed by the Series A investors.

Landing.Jobs’s current market centers on Spain and Portugal in the Iberian Peninsula and Spanish- and Portuguese-speaking Latin America. “From the talent side, the crisis generated more active users searching for jobs. But there was also less active talent willing to relocate from one country to another. Overall, there’s a lot less passive talent [not actively searching for jobs],” Oliveira said. “The situation requires week-by-week management and, so far, business is picking up again. But not yet to the levels of January and February.”

The pandemic has also speeded up changes in the nature of work. “We can see from the company side that the marketplace is definitely changing to become more flexible and more distributed, though not yet fully remote after Covid,” he said.

The unexpected growth of the remote-working sector is paving the way for the Portuguese startup to expand into the US and Canada, and also to continue serving the post-Brexit UK market.

“On the personnel side, the demand for remote work was already there. The more flexible the jobs are, the better for them," Oliveira explained. "We see moves in that direction, with staff only being required to come to the office twice a month, giving them the freedom to live where they like.”

Landing.Jobs optimizes the hiring process by using data analytics and machine learning to assess compatibility. “We are fully automated and use our own algorithms to recommend jobs and companies to candidates. We also recommend talent to potential employers. We use ML to learn from each party’s decisions too,” Oliveira said.

A significant chunk of the Series A investment will be dedicated to building Future.Works, the company’s new brand. "It’s almost like having another startup,” he said. “While Landing.Jobs aims to make getting a tech job better, simpler and often faster; Future.Works will be complementary. It’s our career development platform to serve the whole career life cycle from studying to retirement.”

“Through Landing.Jobs, we found that we were missing out certain factors. Like someone not necessarily needing to change employers, but wanted to progress career wise internally by finding a new role or upgrading their skills,” Oliveira added. “Conversely, if you are a company you should definitely invest in your talent, to retain and nurture it. But often, they don't. So, Future.Works aims to change this.

“Future.Works will help people to manage their own careers. Our vision is that people will have access to the right tools to make the best career decisions they possibly can. We’ll be one of the best companies delivering the technology to enable that,” Oliveira said.

The company is still building the website, testing both B2C and B2B business models and also talking to education providers about possible partnerships. Testing of the site started in June, with the formal launch planned for the end of 2020. The launch event in Lisbon was delayed due to Covid and the company is waiting for the government’s Covid-guidelines before proceeding with new launch plans.

In 2013, Oliveira met co-founder José Paiva at the Startup Lisboa incubator. Paiva is an IT consultant with over 20 years of industry experience. Oliveira worked as an IT business analyst and was an associate researcher for three years. He had also founded event management startup Entrepreneurs Break and travel booking site Oops!Booking that was shut down in 2012.

"We joined to meet other founders. I think it helped me to demystify startups. If these guys could do it, then I could too. So, the seed was sown,” he explained. JOBBOX was officially launched in 2014 and rebranded as Landing.Jobs in 2015. The business idea was based on Oliveira's university experience of matching students to companies offering internships. “It's very similar to the Landing.Jobs mission,” Oliveira said.

Paiva became the CEO and the startup managed to secure seed funding of €750,000 in 2015 from Portugal Ventures and local VC Best Horizon. The co-founding team began hosting job festivals for IT professionals and tech companies. In 2016, the second festival event attracted 1,200 candidates and 70 sponsors/partners including KPMG, Hitachi Consulting, Deloitte Digital, Bosch and Farfetch. They’re still part of the company’s stable of over 300 clients, together with other international brands like Siemens and Spotify.

Future.Works will be used to build a strong online community, host events and provide training tailored to the needs of the users. “Imagine someone keeps applying for same the jobs, and keeps getting rejected because of one skill shortage. We could not help them before, but now we can,” Oliveira added. Future.Works will cover far more than tech jobs, aiming to be a one-stop hub for all digital careers including those about to be digitalized. 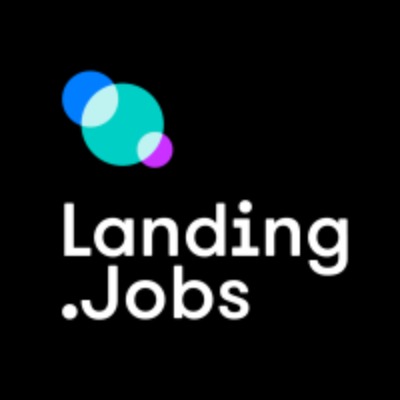 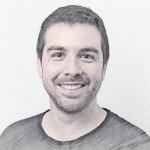 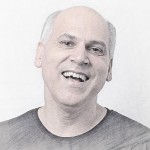 CEO and Co-founder of Landing.Jobs

Trending
HR SaaS Factorial bags €15m Series A in Spain's largest round so far this year, despite Covid-19 downturn