One of the major problems of online interaction for businesses is often a perceived missing human touch. Indeed, we have grown accustomed to spotting the telltale signs of automation or somewhat unnatural responses to our online queries. Porto-based Didimo has produced its solution to the problem in the form of its API producing a digital twin that talks like a human and can be created in seconds.

Didimo requires merely taking a selfie and uploading it to the cloud, with Didimo's technology creating a 3D version of you, capable of authentic facial expressions, and speech. Investors are duly taking note and, according to local media, recently rewarded the startup with a further €4.4m in seed funding, in addition to a €1.8m innovation grant from the European Commission's SME Instrument. This meant Didimo raised seed monies in December 2019 totalling €6.2m, a large amount by European seed round standards.

This was the second seed round for Didimo, which took its name from the Greek word for “twin,” after an initial investment of €1.1m secured in 2018, according to media. The recent round featured five companies making their second investment in the startup, founded in 2016 by university tech professor Verónica Costa Orvalho.

The global 3D animation market is forecast to grow to $28.3bn by 2025, based on CAGR of 11.0% from 2019, driven by demand from manufacturing, healthcare & life sciences, media & entertainment, and education.

The new funds will be used to boost the development team to reinforce existing pilot projects with companies like Sony and Amazon and to build new relationships on its mission to “break down the barriers between the physical and digital worlds,” the company said.

Didimo currently has 22 staff at its Porto HQ, based at the city's main startup incubator UPTEC of the Science and Technology Park of University of Porto, with collaborators in London and Vancouver. UPTEC has been behind some of Portugal's biggest startup successes to date, including Veniam and Uniplaces.

Didimo only requires the use of a smartphone to upload a photo or scanned image where it is automatically processed in the cloud, the user receiving a ready-to-animate digital twin in a matter of minutes with no tech skills required. The startup produces the 3D images by using an algorithm to extract the key features from a facial image, including bone structure, recreating them in a 3D model format.

The technology is compatible across platforms and fully customizable facilitating integration with existing workflows. The highly realistic avatars simulate speech and emote using the same level of complexity as a human face thanks to the employment of motion capture animation. The user always retains the ownership of the digital twin.

“Although, every minute, there are millions of virtual interactions throughout the entire digital system, these still lack essential human elements, like emotions, empathy and subtleties,” Orvalho commented following the investment. "Didimo seeks to bring humanity to the digital world through highly faithful digital representations. We believe that our virtual self should be as authentic as our physical one.”

Citing concrete examples of this humanity, the founder stated that she wanted to use Didimo's technology to “allow any child to teach another or to narrow the distance between cultures,” and pointed out that your virtual self  “can speak any language.”

Orvalho sees the technology being used mainly in two areas: retail and digital media. In the first, Didimo can be used to “improve the user experience and reduce product returns,” the founder said. Within media services, the faces could be a major advantage in virtual reality applications and gaming to personalize experiences and further add to a user's immersion in a 3D world. She also sees medicine and sports as other potential sectors for use.

Describing itself as “the leader in the creation of high-resolution digital humans,” the company has won major corporate partners including Amazon, Universal Studios, Sony and Microsoft. Since late 2016,  Didimo has powered Amazon Polly, a multilingual text to speech application largely directed at the gaming sector that is now integrated into the Amazon Lumberyard engine for game development.

A life of preparation

Argentinian-born Orvalho was no stranger to animation before founding Didimo in 2016. In 2007, she founded Face In Motion, a startup concentrating on achieving cinematic quality for the animation production of faces. The startup saw Orvalho first employ algorithms to improve computer graphics. The computer studies lecturer has, for the last 12 years, also headed the Porto Interactive Center, part of the University of Porto, focusing exclusively on facial animation.

There, her projects impart the knowledge and research she has applied in Didimo and Face in Motion, including courses in virtual embodiment and robotic re-embodiment, combining animation with applied cognitive neuroscience. She also taught courses on streamlining the production pipeline used to create realistic virtual humans, 3D animation of avatars for clinical purposes, for example, in treatment of autistic patients or those with motor-skill problems.

Additionally, Orvalho has a long academic track record in related fields, beginning with a first degree in Software Engineering from the University of Belgrano in Buenos Aires. The founder achieved a master's degree in Videogame Design and Development from Barcelona's University Pompeu Fabra and, following that, worked on creating a facial animation system For CG Films at the same institution.

Finally, she completed a PhD at the Polytechnic University of Catalonia where her thesis, “Fast and Reusable Facial Rigging and Animation,” concerned with developing an application to speed up traditionally slowing rigging. In 2017, Orvalho was also winner of Women Who Tech's Women Startup Challenge, held in New York. There, from more than 200 entrants, the Didimo founder was awarded in the area of AI and virtual reality, winning $50,000 in prize money. 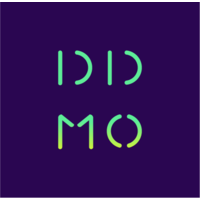 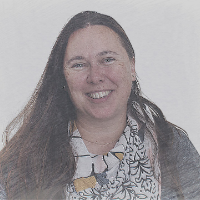 CEO and Founder of Didimo